Stephanie McMahon would like to bring Cathy Kelley back to work within the WWE, and more legal troubles for Tammy "Sunny" Sytch.

Cathy Kelley departed WWE several months ago, but Stephanie McMahon wants her back. Also, Sunny, real name Tammy Sytch, had her parole revoked due to her latest arrest.

Cathy Kelley spent four years working with the WWE, and if Stephanie McMahon has anything to say about it, she’ll be back for more.

Kelley signed with the promotion in 2016 and worked as a backstage correspondent in NXT along with social media work. That included serving as host of WWE Now on the company’s website and YouTube page.

In 2019, Kelley was moved to SmackDown for one night to work backstage. A year later, she was promoted to the main roster.

However, in February she announced plans to leave the WWE following NXT TakeOver: Portland.

Prior to her time with the WWE, Kelley served as host and panelist on Maria Menounos’ online network AfterBuzz TV for Raw, NXT and The Bachelor recaps. She also appeared on BlackAF as a flight attendant earlier this year.

McMahon made it known that she wants her back. The two were together on WWE The Bump.

“Cathy, we miss you,” she said. “We need that raw, real you and you talk about someone who’s not afraid to be themselves and go out and try things and pave the way, and you always have my full support and backing no matter what it is you’re doing.”

We’re celebrating 5 years of the #WomensEvolution with a special 2-hour edition of #WWETheBump, featuring:

Alicia Taylor, Charly Caruso, Dennis Arnell, Radzi Chinyanganya are among those that work backstage conducting interviews for the WWE. 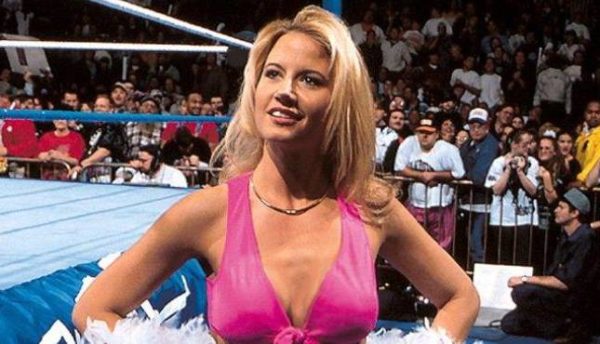 Tammy Sytch was hit with several charges. They including operating a motor vehicle during a second license suspension and eluding a police officer. She was also charged with contempt/violating a domestic violence restraining order.

Currently, Sytch remains at the Monmouth County Correction Institution as the State of Pennsylvania filed a motion to revoke her parole.

According to PWInsider, Sytch was released on parole back in February from Carbon County Prison. The state believes her most recent arrest violates that parole and wants it revoked.

Tammy Sytch, formerly known as Sunny in the #WWE, has been arrested and is currently incarcerated in the Monmouth County Correctional Institution, per PWInsider.

Jail records list Sytch as being processed into Monmouth County Correctional as of 4:42 PM EST today.

Prior to the new charges, Sytch was following the guidelines of her parole.

This is just the latest in a long line of run-ins with the law for Sytch. Back in 2012, she was arrested five times during a four-week span. Her troubles continued with four arrests between 2013-15.

Sytch, now 47 years old, was inducted into the WWE Hall of Fame in 2011. She rose to fame during her WWE run in the 1990s, including the title of most downloaded celebrity according to America Online in 1996.

That #DarkSideOfTheRing on Sunny is def going to be a 2 hour special. #WWE

I’m not sure any words I choose can add to this one really.

During Sytch’s run in WWE, she pushed as the original diva. Some compared her to an early Sable.

In summary, her demons unfortunately get the best of her. Hopefully, she can recover from this last hurdle.