AEW's Fyter Fest is some serious competition for WWE Great American Bash, especially since the first night left us loads to talk about!

The first night of AEW’s Fyter Fest has set the bar incredibly high in the ratings war with WWE. After all, the first night was packed with interesting matches and tons of consequences!

Here are the most notable moments from the Fyter Fest last night! 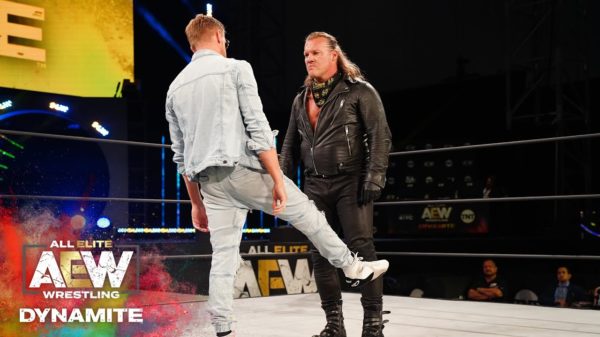 Chris Jericho is preparing himself to face Orange Cassidy during the second half of Fyter Fest. But until then, he took a seat at commentary.

Putting Chris Jericho on commentary while awaiting his feud with Orange Cassidy was a stroke of genius. In fact, we were laughing throughout!

As always, Jericho provided full support for the heel wrestlers in matches, including Jack Hager and Pennelope Ford. However, his regular “Happy Canada Day” mentions had us in fits.

Even if you do not watch Fyter Fest for the wrestling (even though it’s fantastic!), the commentary is a big enough reason to tune in. 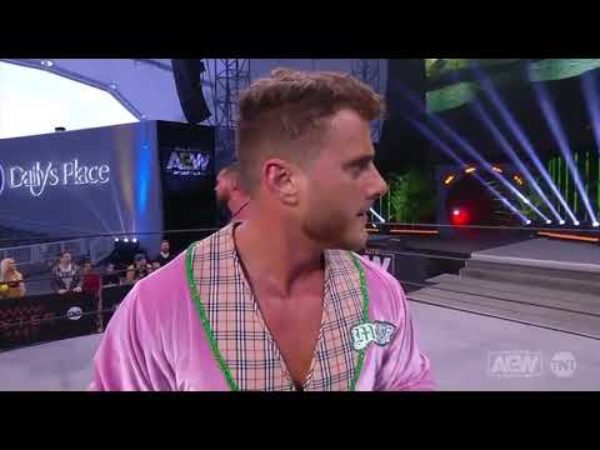 One of the men that stood out the most to me during Fyter Fest was super heel MJF. While he and Wardlow didn’t take the win against Jurassic Express (which Chris Jericho loves to call Jurassic Park), he stood out from the rest without much trouble.

If you are not familiar with AEW, MJF is a great super heel character. He’s best described as a blend between The Miz and Ethan Carter III.

Until Fyter Fest, MJF remained undefeated in AEW. While he is still undefeated in singles matches, he took a heavy loss against Jurassic Express.

I’ve never been pinned or submitted. 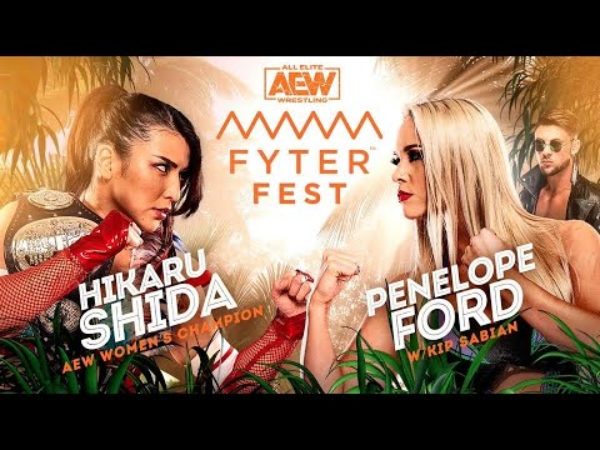 Hikaru Shida and Penelope Ford set a high standard for the rest of Fyter Fest as well. In fact, their match was one of my favorites of the night.

I am ashamed to say that I did not expect much from this match. However, I am so glad that I was wrong.

The match between Hikaru Shida and Penelope Ford had everything from classic interferences to surprise kick-outs.

Until this match, Penelope Ford was not taken seriously. However, her performance put her on the map as a future champion! 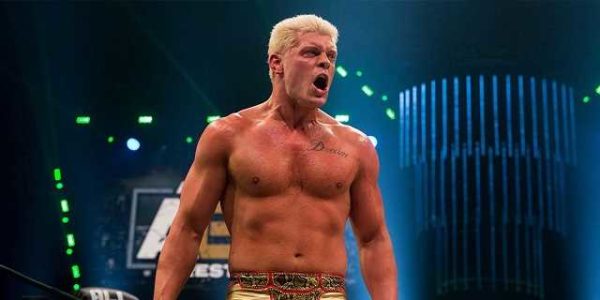 There were plenty of shots hurled at the WWE throughout the night, including their coronavirus policies. However, one of the more subtle shots was Cody Rhodes’ shirt during Fyter Fest.

Before his match against Jake Hager, Cody wore a shirt that looked exactly like the Great American Bash logo. Considering the link between the Bash and his father, this was a clear shot at NXT.

That sure is an interesting t-shirt Cody Rhodes is wearing… pic.twitter.com/QuxpHboTBF

Unfortunately, the only downside of the night came at the end of this match. The pinfall was a little unusual, causing Hager to think he won.

Hager continued to celebrate even though Cody’s music was playing. Evidently, this delivered a rather weird moment for most fans watching.

Despite the mishap at the end, this is easily one of the better matches of the evening.