For a time, the Undisputed Era’s future was uncertain, but that has changed as they are sticking around WWE. And, AEW’s Big Swole is getting some positive attention.

Some of the biggest names in NXT all belong under one stable. We are talking about he Undisputed Era, which consist of Adam Cole, Bobby Fish, Kyle O’Reilly & Roderick Strong.

Before signing with WWE, all four made their names outside of WWE. In particular, they were heavily featured in Ring Of Honor.

Now, the Wrestling Observer Newsletter reports those four men will not be leaving WWE anytime soon. All have signed new multi-year deals.

The contracts were said to have been signed last year. Despite re-signing, we still do not know if any member will join RAW and/or SmackDown.

Those four wrestlers have already accomplished basically everything possible in NXT. They have held all the gold, with Adam Cole being NXT Champion for over a year now.

The stable has competed in WarGames, where they secured the victory in the first one under the NXT umbrella. Meanwhile, they continue to always find themselves towards the top programs.

Even though the Undisputed Era are heels, fans do not seem to mind. All four bring talent and the fans seem to respect their skills inside the ring.

Side note: I miss Kyle too much pic.twitter.com/vcBR45rwSl

As much as i love Adam Coe, I’m almost positive Kross is going beat him for the NXT title. If that happens, it’ll be interesting to see what they do with The Undisputed Era. Hopefully they stay in NXT

The Wrestling Observer Newsletter reports that WWE signed all four members of the Undisputed Era to new multi-year contracts last year. This was done around the time when AEW was emerging and WWE wanted to make sure that they locked them down. pic.twitter.com/M8jy3eWGsX

WON: Since there’s been a lot of talk on the subject, back last fall when the NXT/AEW war was about to start, WWE made sure to sign a lot of the NXT key talent to new long-term deals which included all four members of the Undisputed Era. 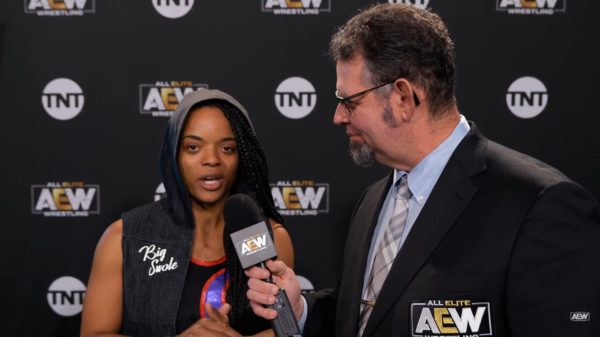 With live events still not happening in the United States, WWE and AEW had to improvise. Instead of actual fans, they are relying on their talent as the audience.

We have seen pro wrestling shows produced without a live crowd and it hurts the product. The energy from the fans helps superstars find their passion and also gives WWE an idea on a current wrestler.

On the AEW side, Big Swole has impressed officials. Several people in AEW praised her for being an audience member.

It was described that Big Swole made the most out of a small opportunity.

Since joining AEW, Big Swole has been a fan favorite and seems to be getting closer to the title picture. Do not forget, her husband Cedric Alexander works for WWE.

At one time, Alexander was getting pushed on RAW thanks to Paul Heyman. With Heyman now out of the picture, Alexander is likely stuck at the bottom of the roster.