R-Truth is giving his side of an old rumor, which stated he and John Cena had a confrontation at an airport. And, the latest on Ronda Rousey's WWE status.

About 15 yeas ago. there were reports R-Truth and John Cena had a confrontation at an airport. Also, Ronda Rousey will not be returning WWE this year.

Most fans are familiar with R-Truth for his time in WWE. Currently, he is in his second run with the pro wrestling promotion.

During the time between WWE runs, R-Truth worked for Impact Wrestling (then known as TNA). He was there during the early days and even held the NWA World Heavyweight Championship.

R-Truth has always been into rap and has even released several songs. One of them was dissing John Cena and it drew plenty of attention.

At one point, Cena and R-Truth crossed paths while working for different companies. There were rumors of them trading barbs, but R-Truth denied those claims.

“So I did the diss rap about WWE and John Cena,” said R-Truth to Red Hands of Ballerstatus. “Never met Cena before in my life. I’m just doing this for a publicity stunt.”

“Somehow it happens that Cena had a connecting [flight] to Charlotte. I land in Charlotte, and we passed each other on the escalator.”

Apparently, that is all that happened between the two. Then, R-Truth relayed what happened to fellow Impact Wrestling employee, Konnan.

According to R-Truth, that is were the wrong information developed. After telling what happened, Konnan was expecting more.

Konnan decided to make the story more interesting by overselling what occurred. He told the story to his peers and management, which led to the story making headlines.

Meanwhile, R-Truth is a comedy act in WWE who has held the 24/7 Championship a few dozen times. Still, he is a hit Wirth fans and even Brock Lesnar.

R-Truth legit brought out the best of Brock Lesnar in this segment.

Hopefully we get more of this somewhere in the future, this was glorious 👏👏pic.twitter.com/DLCnFqww5N 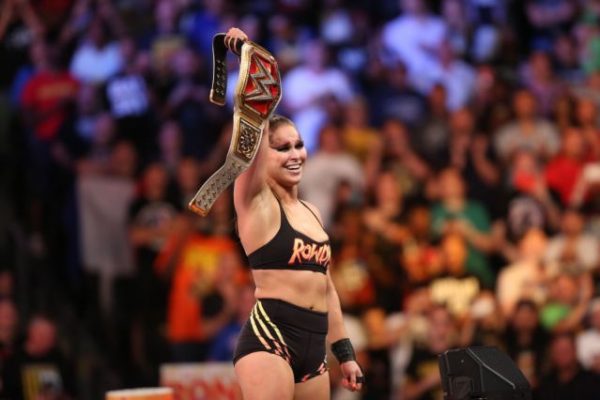 In the past few months, WWE has lost some major female talent. Becky Lynch is pregnant and Charlotte Flair is currently taking a hiatus.

If fans are hoping Ronda Rousey would return to help create balance, they were wrong. Dave Meltzer stated in the Wrestling Observer Newsletter that there are no plans for Rousey to return right now.

He continued the earliest fans could see Rousey again inside a WWE ring is WrestleMania 37. With no fans in attendance, WWE might not want to waste Rousey with no live crowd.

Rousey has not been spotted on WWE for over a year. Her last appearance was losing to Becky Lynch at WrestleMania 35.

The match also involved Charlotte, with all three making history by main eventing the show. In the end, Becky became the first and only person to pin Rousey.

While WWE are losing their biggest female stars, it allows other superstars to be featured. Lately, Bayley and Sasha Banks are being seen heavily on all three brands.

In summary, Rousey may never return to WWE. The former UFC Champion and Olympian has done enough where she can rely on Hollywood to pay the bills.