Paige has made a drastic change to her look, dropping the black hair for blonde. And, Vince McMahon has already started changing NXT around.

In a new photo, Paige goes blonde and the fans seem to like the change. Also, Vince McMahon is paying more attention to NXT and that means changes are coming.

Paige has been with WWE since she was a young adult. Over the years, her look as seen minor changes like a new style and more tattoos.

Recently, Paige decided to make the biggest change to her appearance yet. She got rid of the black and now has blonde hair.

Some are speculating the hair is a wig, while other disagree. As for Paige, she apparently feels like Gwen Stefani as a blonde.

Just over here trying to be Gwen stefani. pic.twitter.com/wyWrtsZeKt

While Paige is unable to wrestle, the thought has been on her mind during the self isolation due to COVID-19. But, she has been appearing on TV in the form of WWE Backstage.

Speaking of new hair colors, Paige is not the only one. A little over a week ago, Becky Lynch did the same.

Lynch, who dropped the red hair for blonde, will not be wrestling until next year at the earliest. Of course, she is expecting her first child.

WWE has been slow on news lately, so maybe they will ask fans who sports the blonde better between Paige and Lynch. That is, if Paige’s hair is not a wig.

I’m not prepared to the Blonde Paige please come back to the brunette version.

I never imagined Paige being a blonde but it looks good on her (yes, I know it was a wig) 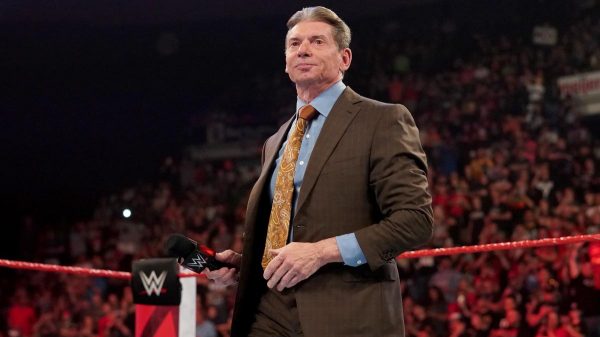 Vince McMahon has plenty to worry about, which is why Triple H handling NXT works best. Although, Vince still has final say and does get invoked in NXT.

Apparently, this Wednesday’s episode of NXT was heavily done by Vince. During Wrestling Observer Radio, Dave Meltzer mentioned how Vince is paying extra attention to the yellow and black brand.

“NXT it’s obvious to me that Vince has taken interest in it,” said Meltzer. “We had a throw up scene. We had a build for you know they’re really building for the championship thing on TV in particular, the winner take all.”

Looking over yesterday’s episode, you could tell the product felt different. With NXT losing the ratings war to All Elite Wreslting (AEW), that could be the reason for the sudden interest.

We will likely see more of Vince’s ideas in the coming weeks. Already, NXT is building towards a double champion to be crowned in two weeks.

With Fyter Fest coming up, WWE is doing everything possible to counter the two week experience from AEW. Still, AEW should easily topple NXT for the next few weeks.

In summary, Vince is going to do what he wants. Hopefully, he changes focus and Triple H goes back to running day-to-day operations that made NXT a success.