Superstars Frustrated At WWE, Paige On An In-Ring Return Like Edge

With everything going on with COVID-19, superstars are frustrated at WWE for lack of communication. And, Paige on a possible in-ring return like Edge.

Some of the superstars are frustrated at WWE for how they are handling the COVID-19 pandemic. Also, Paige is still trying to get back in the ring; like her friend Edge recently did.

Almost immediately after RAW ended, news broke that an employee tested positive for COVID-19. The name was not released, but the belief is one of the planted crowd members had the virus.

This has caused WWE to change their upcoming TV tapings. Also, they are finally testing for COVID-19.

For some wrestlers, it does not matter as they opted to not work during the pandemic. Those names specifically include Roman Reigns and Sami Zayn.

According to Wrestle Talk, superstars are starting to grow tired with the current schedule and lack of direction. Therefore, we might see more superstars request a vacation.

“Some of the roster that we’ve spoken to are becoming increasingly frustrated with the lack of communication from WWE during the pandemic,” the report stated. “And, some are considering asking for time off as we’ve seen with Roman Reigns and Sami Zayn.”

Initially, WWE was not forcing anyone to work if they did not feel safe. But, at the same time, deciding not to work fails to leave a good impression.

With someone testing positive for the virus, that could change the minds of many superstars. A bigger question will be if WWE grants the vacations.

In summary, we should know more about what WWE decides as the test results come in. 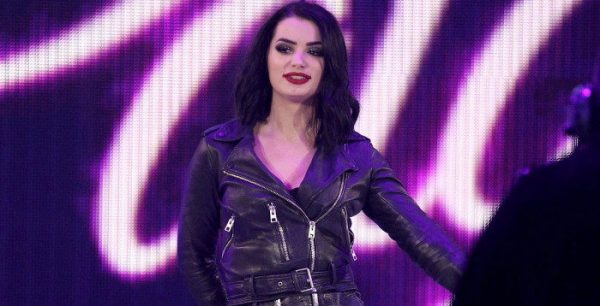 There was a trend the past 10 years in pro wrestling, where superstars were retiring due to injuries. In particular, neck injuries and concussions were cutting careers short.

Two of the biggest names that come to mind are Edge and Daniel Bryan. Both were forced into retirement as they were not medically cleared to ever compete again.

Edge needed his neck fused and missed nine years of action. As for Bryan, concussions were the issue and he returned after being out for a few years.

Over time, Edge and Bryan were cleared by WWE to return. As for Paige, she is still listed as unable to wrestle again.

During WWE The Bump, Paige discussed Edge’s recent return and expressed hope for her future.

“He’s just wonderful like I’m truly inspired by him,” said Paige. “The fact that he went through the same as me neck-wise and then went away for like nine years and then all of a sudden he made this miraculous recovery and a return to the ring, I was crying.”

“It give me hope that one day, even in nine years, you know that I come in at nearly 40 and get back in the ring again. I’ll just come in like, ‘Hey guys, I’m back!’ and they’re like ‘No Turn around.’”

“But yeah, he inspires me that one day I can make a comeback.”

Since returning inside the ring, Edge suffered a pectoral injury while taping Backlash. He could be out until the fall months or even closer to WrestleMania 37.

Bryan has worked a different style since returning to avoid getting injured. Since returning, he has been WWE Champion and does not seem to have missed a beat.

Paige missed large chunks of 2016 and 2017 due to issues outside of the ring. She returned in November 2017, but in late December at a live event, suffered a career ending injury.

The spot saw Sasha Banks kick Paige before the match was stopped. Banks was not at fault and after a few months, Paige officially retired.

Paige is still young and if medical technology continues to improve, she might get at least one more match. Meanwhile, catch her each week on WWE Backstage.