The night Owen Hart passed away, Jim Ross was left in shock and unsure of what to tell the WWE universe regarding the fallen wrestler.

Jim Ross was handling play-by-play duties for WWE’s Over The Edge event in 1999 that resulted in the death of Owen Hart.

Hart fell several feet while performing a stunt to enter the ring that night, leaving fans in the arena and those watching on pay-per-view stunned and saddened.

During the season finale episode of “Dark Side Of The Ring,” Ross discussed the story in great detail.

“In the chaos, Kevin Dunn, the executive producer, thought that I had been told what the deal was,” Ross said (thanks to Ringside News for the quotes). “I said, ‘Kevin, no one has told us anything. What is the update.’ And he said, ‘He’s dead. And you’re back in 10, 9.’

“On camera, what people saw was 10 seconds of preparation. I didn’t know what to say and it wasn’t storyline. I got very numb after that night. My hands were shaking, my stomach was hurting. I was just. I was, damn.”

Hart died that May 23 night, just days after turning 34 years old. The cause of death was internal bleeding from blunt force trauma. He is survived by his wife, Martha, and two children. 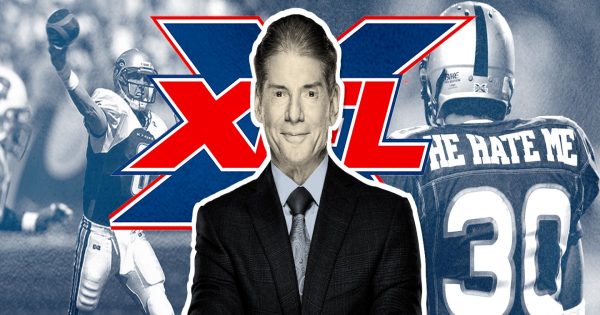 Could the XFL, under the guidance of Vince McMahon, still have a pulse?

According to a report by The Athletic, there are rumors circulating that McMahon is attempting to purchase the promotion out of bankruptcy.

McMahon brought the XFL back earlier this year for a second time, but the coronavirus pandemic that swept through the United States scrapped the league. The league folded once before several years back, but appeared to be holding up well in terms of ratings and attendance before the virus.

Jeffrey Pollack, the XFL’s president, has approached cities such as St. Louis and Seattle, according to the report, about reinstating lease agreements.

McMahon, though his Alpha Entertainment, is still considered the majority owner of the XFL. The WWE holds almost 20 percent ownership of the league.

I honestly don’t care if it’s Vince McMahon or Ed McMahon who buys the damn league. Just don’t let 2020 be the final death of the XFL. https://t.co/nXu8HlTjJe

Could Bankruptcy Have Been A McMahon Ploy?

Much of the report states that McMahon’s decision to file for bankruptcy regarding the league could just have been a ploy to survive the coronavirus pandemic.

The XFL suspended operations and declared Chapter 11 bankruptcy in April of this past year. Five weeks of play were completed before the pandemic involving teams in Dallas, Houston, Los Angeles, Seattle, Washington D.C., New York, St. Louis and Tampa Bay.

Today, @xfl2020 brings you more of the game you love as we kick off our inaugural season. We are beyond excited to hit the field. #ForTheLoveOfFootball pic.twitter.com/9hChOrYkWu

The first season of the XFL took place in 2001 using the pro wrestling “attitude era” to bring in fans. McMahon lost $35 million with his partners during that failed run.