What Is Next For Kurt Angle After WWE Departure?

Former champion and WWE Hall of Famer Kurt Angle was one of the bigger names released. So, what is next following his departure?

What Is Next For Kurt Angle After WWE Departure? 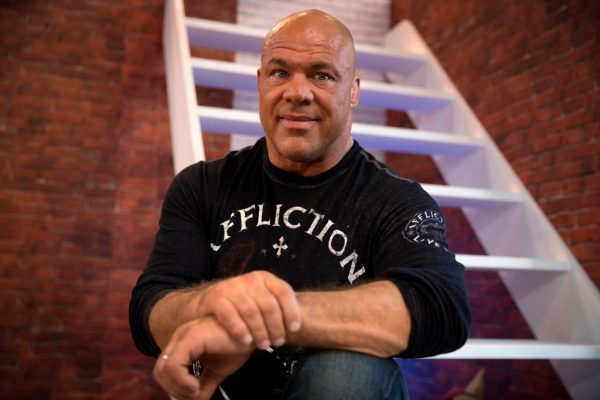 Kurt Angle is renowned as one of the greatest pro wrestlers in the history of the sport, but not even that helped save him from the WWE release binge.

Angle was one of several superstars fired by the promotion in a way to cut costs while battling the novel coronavirus.

On Twitter, Angle confirmed the news. Despite the setback, he remained positive.

I wanted 2 say thank you to the WWE for the time I spent there.I made many new friends and had the opportunity to work with so many talented people. To the Superstars, continue to entertain the WWE Universe as well as you possibly can. They’re the best fans in the world. #itstrue

Angle was not the only former champion to be let go. Former tag team champions Karl Anderson and Luke Gallows, ex-cruiserweight champion Lio Rush and former 24/7 champ Drake Maverick were among some of the releases.

The 51-year-old Angle is a former United States Olympic gold medalist, winning in freestyle wrestling in 1996. Shortly after, he entered into pro wrestling, making his debut in 1998.

Angle announced his official retirement from the ring on April 7, 2019. In his farewell match, he put over Baron Corbin at WrestleMania 35.

During his time in the WWE ring, Angle captured the world title five times, including four reigns as WWE champion. He also became the 10th triple crown champion and fifth grand slam winner, going into the WWE Hall of Fame in 2017.

In a short time, Angle become one of the greatest superstars to lace up their wrestling boots. Whether in the ring or on the mic, Angle always delivered.

Working For Another Promotion, Other Positions

Angle, however, left WWE over 10 years ago. He won the Total Nonstop Action heavyweight title six times during a stint with TNA (now called Impact Wrestling). He also was inducted into the TNA Hall of Fame in 2013.

While the world continues to sort through what will be “normal” in the aftermath of COVID-19, Angle would seem to be a big name on the free agent market for someone like All Elite Wrestling.

Many of us are struggling right now. We are unsure of our future, due to this pandemic. As of right now… this is the calm before the storm. Because we will bounce back, and will end up in a better place than we were before. Believe!!!! #Prayer #Faith #Hope #Positivity

He has plenty of connections in the sport and has held a role as an on-air personality as RAW General Manager. Angle transitioned into a role as a backstage producer following his retirement match at WrestleMania 35 against Baron Corbin.

Angle’s future could be working backstage or with younger talent to help them become better in the ring or on the mic. The former wrestler turned himself into a sports entertainer with his ability to control a crowd.

Could milk kill the virus? Probably not, but it’s delicious and good for you. 😃 #itstrue #drinkmilk pic.twitter.com/8bB02Wd88T

WWE could always bring Angle back, but do not be surprised if someone else makes a play. That is the danger in releasing an Olympic Gold Medalist.