Peyton Royce Says The IIconics WWE Comeback Is In The Works

The IIconics WWE Comeback could be in the works, as hinted by Peyton Royce during a recent Q&A on her Instagram social media channel.

The WWE’s IIconics are making a return to our television screens pretty soon, at least according to Peyton Royce – one half of the popular tag team.

Peyton Royce engaged her fans with an Instagram Q&A this week. During the Q&A, she revealed that The IIconics WWE comeback is in the works.

“You can tell your friend that The IIconics will be making a comeback. Can I tell you when? No. Thanks for asking.”

Based on Peyton’s answer, it seems The IIconics are not being pulled apart and that is great news. However, she could not provide an exact return date.

Are The IIconics Returning To NXT? 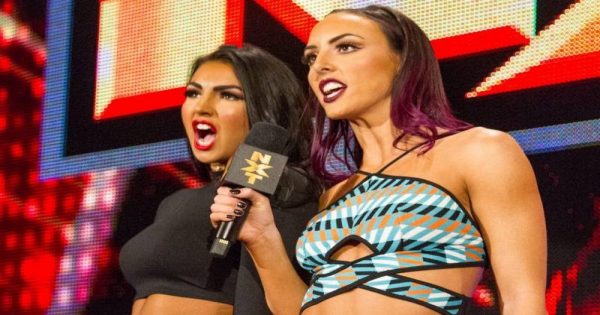 There is substantial speculation that The IIconics might not return on the main roster, but on NXT instead. The IIconics were spotted backstage at NXT several weeks ago, which is fodder for speculatation about a possible return there.

Since main roster WWE is not doing anything with Peyton Royce and Billie Kay at this point, it would not be unusual for the pair to move back to NXT. Still, the question remains, what can be done with The IIconics on NXT?

While I would prefer to see The IIconics back at NXT, because the women’s division could use it, I don’t believe their main roster journey is done. After all, they are one of the very few legitimate tag teams on the main roster.

The IIconics were a tag team from the start, while other tag teams such as the  Kabuki Warriors were formed at random. The question remains: is it time to pay more attention to genuine tag teams on the main roster? 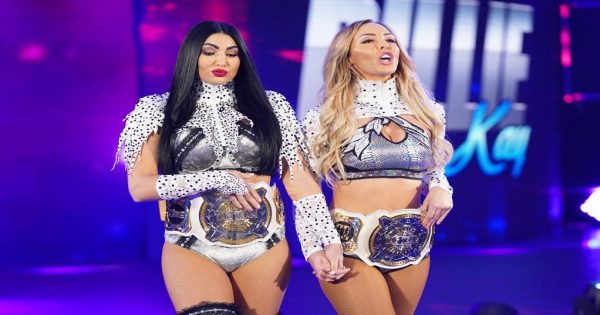 The obvious choice for the IIconics is main roster tag team competition. With Fire and Desire officially split up, there is more room for additional tag teams on the roster.

As it stands, the Kabuki Warriors and Alexa Bliss with Nikki Cross are the only legitimate tag teams on the main roster. There is certainly room for more, especially for a tag team such as The IIconics.

The IIconics have been tag team champions before, but their reign was too short in my humble opinion.

The WWE did not pay much attention to the tag team division, and this is the time they really should since there is no audience to play on.

While it will take some time to build the women’s tag team division again, the coronavirus crisis presents an opportunity to build more storylines. Instead of focusing on live performances, which superstars aren’t happy with. So, why not focus on story building for an epic tag team clash at SummerSlam?

Let’s hope the WWE make the right decision by Peyton Royce and Billie Kay, because they have not been treated properly so far. I find both women extremely entertaining, whether there is an audience or not.