Ricardo Rodriguez, a former WWE superstar, discussed his concussions suffered from years in the sport, and more on Cain Velasquez's release.

Injuries are the norm for current and former WWE superstars, but brain trauma, that continues to be a new and even scarier concern.

Ricardo Rodriguez made a name for himself while in the WWE as the personal ring announcer for former champion Alberto Del Rio. Despite not being involved in much in-ring action, he has taken his fair share of bumps over the years.

As a former wrestler himself, Rodriguez is now finding himself suffering the effects of concussions.

“My concussions will always live with me,” Rodriguez wrote on Twitter. “I can’t tell you guys enough how much I love you. My brain turns on and off. Chill…I’m good…but please research concussions more.”

Rodriguez noted on social media that he misses soccer more than anything, calling it his “dream job.”

“I wish I can play again,” he added. “Sadly breaking my legs wasn’t an option. Wrestling was my thing after. Five concussions later I’m at WTF.”

My concussions will always live with me. I cant tell you guys enough how much i love you. My brain turns on and off. Chill.. im good.. but please research concussions more

I wish i can play again.. football ⚽️is my dream job. Sadly breaking my legs wasnt an option. Wrestling was my thing after. Five concussions later im at a wtf

The 34-year-old Rodriguez began his pro wrestling career in 2006 and later joined Del Rio in the MMA promotion Combate Americas. He has also spent time working with Continental Wrestling Entertainment, a wrestling school in Punjab ran by former WWE champion The Great Khalil.

Brain damage, also known as chronic traumatic encephalopathy, has been a growing concern in pro wrestling. Several former wrestlers have filed lawsuits against the WWE and other promotions over the years.

A lawsuit filed by those wrestlers noted that “the head trauma that has resulted in injury is the accumulated effect of many impacts to the Plaintiffs’ heads that occurred on a regular, routine basis during their WWE careers.”

“Mr. Wonderful” Paul Orndorff, “Road Warrior Animal” Joseph Laurinaitis and Jimmy Snuka were among those involved in the lawsuit. 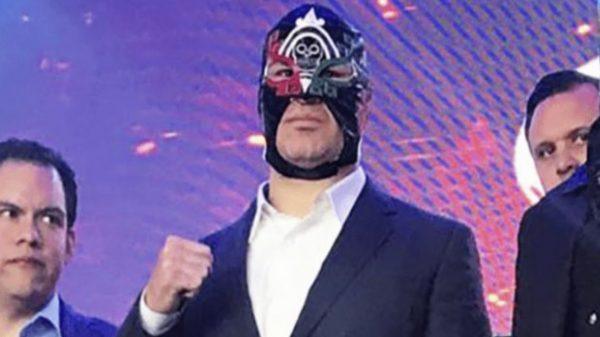 Former UFC heavyweight champion Cain Velasquez was released by the WWE, but not as part of the large cuts made earlier this month.

According to a report by Fightful Select, Velasquez was cut this week and “there are other names that have been cut that WWE didn’t publicly announce.”

“Everyone we’ve talked to at the WWE Performance Center and in WWE said Velasquez was very nice and respectful when he was around,” the report said. “His deal was scheduled to go into the fall of 2022.”

Velasquez was brought in to work an angle with Brock Lesnar. The two had a fight while both were in UFC with Velasquez winning the title over Lesnar.

It remains unknown at this time of Velasquez will seek employment from another pro wrestling league, return to MMA or keep out of sports. He has been recovering from surgeries that left him injured for several years.