WrestleMania has moved, but we have more on WrestleMania plans and if they might change even more. Also, John Cena is a really nice guy. 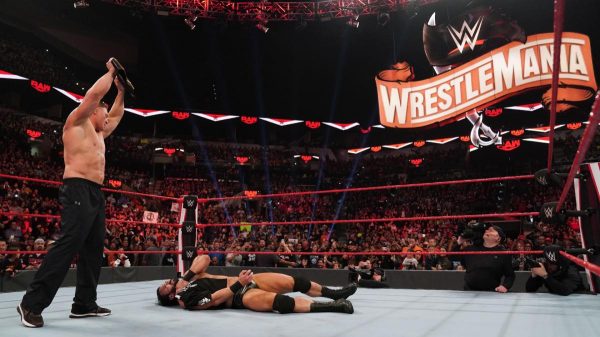 By now, we all know the chaos going on in the world. The novel coronavirus, otherwise known as COVID-19, has become a global pandemic and as such has impacted basically everyone and everything. This includes WWE, and very much includes the upcoming WrestleMania 36. Those plans have been in a great deal of flux. Now, we have more on WrestleMania plans.

According to the Wrestling Observer, there was a logical reason for shifting the venue but not the date. As it was reported earlier, WWE moved WrestleMania from Tampa to the Performance Center in Orlando. The Orlando facility is also serving as the home for all other weekly WWE programs for the near future. While the venue changed, the date currently remains the same. That means we’ve got a bit more than two weeks until the big event.

What Does It All Mean?

From the Observer, there were a couple tidbits to note. First, the date could actually still change. There are Superstars who are concerned about the virus and have reservations about performing, so this could factor into decisions as well. WWE also has to watch for restrictions on public gatherings. Even though no fans are going to be there, for such a big event, it would not take much to have a crowded locker room or two. That could be an issue.

For now, the thinking was to do whatever they could do to hold it on the same date, because there is a lot of concern about what happens in the weeks and months ahead. Translating that a bit, it’s reasonable to believe that WWE officials were concerned that a delay of WrestleMania, say until June or July, might not be enough. With no end date in sight, it’s entirely possible that the self distancing and other restrictions remain in place for weeks or months. In such a scenario, there really may be no time better than now to hold WrestleMania, even if it is without fans.

That said, WWE knows the shows without fans are bad, or look bad.

Again, I’ve heard that WWE really dislikes matches taking place without an audience, as evident with tonight’s NXT episode you will see. I don’t know what that means going forward, but time will tell. Hard to do 3 TVs weekly and not have actual wrestling.

This isn’t a bad idea, but I think the concern is, we may still be dealing with this in June…so why postpone if things may not improve?

Especially with AEW doing matches and a reveal tonight. Expecting a huge ratings drop for NXT tonight and a lack of enjoy-ability. Wrestlemania should be postponed to June at MSG, more story-line build-up, maybe some fans can show up and a prestigious venue. Seems obvious. 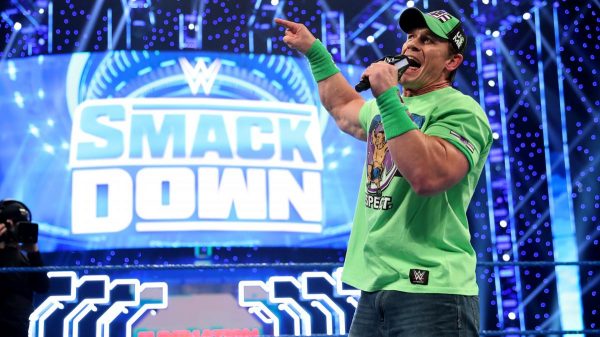 All does not have to be doom and gloom in the world. For a daily dose of happy, we need to look no further than to John Cena. The WWE Superstar gave us yet another random act of kindness recently, as he wound up footing the bill for an older veteran’s groceries. Now, I get it, he’s got lots of money so that’s not a big deal, right? Sure, but it’s the thought and principle of it more than anything.

What’s even better is that since the post of John and Vietnam vet Charles “Bud” Phillips was posted on Reddit, users began reaching out saying their own fathers or grandfathers had served in the same unit as Bud. And, the veterans have since connected and shared photos.