There is still uncertainty surrounding WrestleMania 36's due to the coronavirus. Also, the remainder of the XFL season has been cancelled due to the virus. 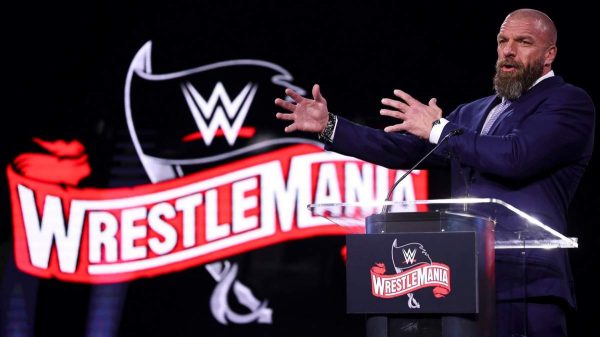 The entire would has been affected by the coronavirus, causing last-minute changes to be made. For American sports, the NBA, NHL and XFL have been postponed with a cancellation possible. MLB will start two weeks later than planned and the UFC is holding events without fans in attendance. The popular March Madnesses tournament has also been cancelled. As for WrestleMania 36 from Tampa, Florida, no final decision has been made.

WWE and Tampa officials met yesterday to discuss the current status of  WrestleMania 36. Local officials are looking to cancel or change the event with little to no fans in attendance, while WWE is still holding out hope the show will go on as planned.

A decision was expected to be made during yesterday’s meeting, but both sides have decided to wait another week. WrestleMania 36 takes place in three weeks, so there is a little time left to make a final decision.

The City of Tampa is not going to cancel #Wrestlemania36 at this time. They’re waiting on WWE for now, and will reconvene when April 5 gets closer.

If #WWE and Tampa Bay cancel #Wrestlemania36 due to #CoronavirusPandemic, could WWE still make something out of nothing? @nodqdotcom @aaronrift
Full video here: https://t.co/WFwTj5DJdz pic.twitter.com/vFTERT1thb

Statement From Officials And What’s Next

“Right now WrestleMania is out about three weeks,” said Hillsborough Commissioner Les Miller. “We came to the conclusion that at this point, we don’t want to pull that plug. However we wanted to give it at least a week to see what was going to happen, if WWE was going to do anything at all. If they don’t, at that point, I will suggest that we do come together for an emergency meeting to discuss what we do at that particular point in time.”

County Attorney Paul Johnston noted how there is an executive order in place for seven days. Therefore, the executive order will need to be addressed two more times if the event is not cancelled within the next six days.

WrestleMania 36 is scheduled to come from the Raymond James Stadium on April 5. If cancelled or postponed, it would a first in WrestleMania history.

There has been speculation that WWE could move the event to June or July, which would cause all storylines to be redone. As of now, many states in the United States are canceling events that feature gatherings of a few hundred people. Continue to stay tuned as this story develops.

As we briefly mentioned earlier in this story, the XFL is one of the sport leagues to be canceled. Below is an official statement from the XFL.

The XFL relaunched this year and drew decent numbers the first week. Since then, the ratings have dropped and last week saw a major decrease. The idea heading into this weekend was that the games would go on, but with no fans.

From XFL Commissioner Oliver Luck to me and @TomPelissero: “Currently, the XFL will not be playing its regular season games. All players will be paid their base pay & benefits for ’20 regular season. All XFL ticket holders will be issued refunds or credit towards future games.”

Having to cancel the season during its relaunch is not good. The XFL has a TV deal in place for three years, but it will be interesting to see if they can rebound from the latest blow.