Brock Lesnar's WWE career was almost ended by his famous shooting star press. Today, we take a look back at how this move went horribly wrong.

Even though I may not always agree with the way Brock Lesnar performs as a wrestler these days, there is no denying that he is a bonafide WWE legend. However, his promising WWE career was almost cut short years ago due to a high risk aerial move.

The Dangers Of The Shooting Star Press For Brock Lesnar 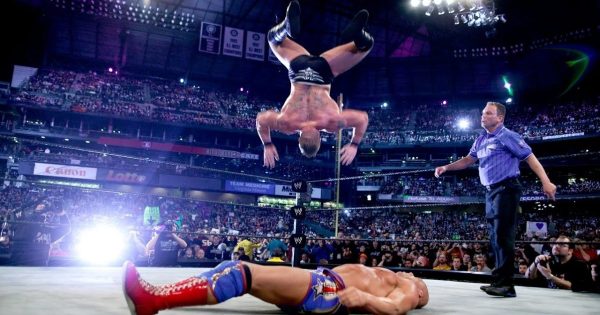 During a championship match against Kurt Angle, Brock executed the move from the top rope. Doing a Shooting Star Press is challenging to begin with, but doing one from the top rope as a 300 lb. man is something completely different. 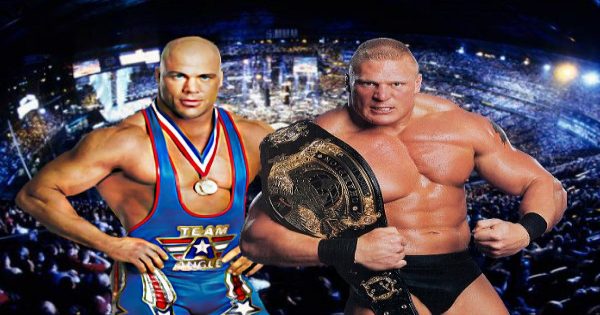 Brock Lesnar was not the one who proposed the idea of using his old finisher, it was Kurt Angle. He mentioned how doing his old finisher would look amazing. Jim Cornette, who was with the WWE at the time thought the same. Cornette would say the following about it later:

“This is not good for a huge guy to do something like that all the time. But for the big show — boy you pull out all the stops, that’s great.”

How The Move Went Wrong For Brock Lesnar 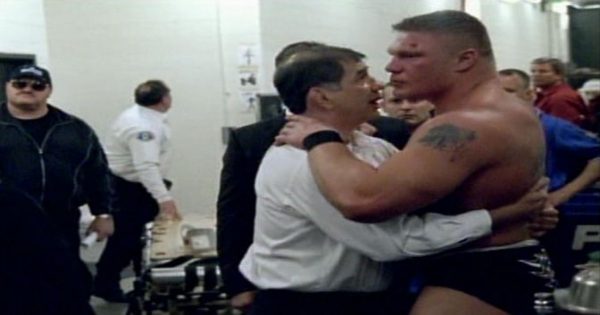 Even though Brock was capable of doing the Shooting Star Press, things went horribly wrong at WrestleMania. Take a look at the impressive, but dangerous move here:

During the move, Lesnar could not turn his entire body successfully. As a result, he landed badly on his head and neck. The move would leave him with a severe concussion, but it could have been worse than that. Bruce Pritchard would later state they weren’t sure if Brock had broken his neck.

Despite being severely concussed and almost being knocked out, Brock managed to defeat Angle with his F5 finisher. Since the incident, Brock Lesnar has never done the move again.

The Cost Of Bad Advice 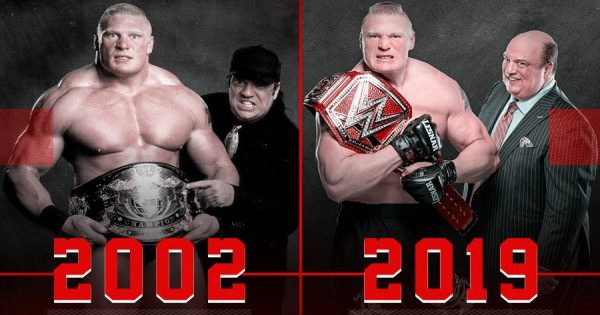 Paul Heyman, Brock’s longtime manager and friend, reacted to the incident some time later. He stated that Brock was upset about it, as the bad advice he was given could have costed him his career.

It is clear that the incident at WrestleMania XIX affected Brock Lesnar’s style over the years. You will not see Brock doing any aerial moves in wrestling matches today. He still does the F5 and a lot of impressive suplexes, but he has not done any form of aerial move in recent years. You can’t really blame him though. Brock is a big guy and doing high-flying moves carries an increasingly big risk.

The story of Brock Lesnar is also a cautionary tale. It shows how WWE talent should not take all advice given to them by legends, as it could end badly for them. While the advice given to Brock was not done intentionally to hurt him, it could have put Brock on the bench permanently or worse. It also proves just how much confidence in moves matters in current-day wrestling.

Rumors Continue To Circle Keanu Reeves, The Latest Claims He Will Be Ghost Rider