Kurt Angle Says Vince McMahon Thought He Was A Liability

Everyone was happy to see Kurt Angle back, but apparently Vince McMahon wasn't sure. In fact, he believed he was a liability.

Kurt Angle returned to the WWE after many years of absence in 2016. After struggling from substance abuse and working in the indies to redeem himself, he finally got the chance to get back to the WWE. However, Kurt has now revealed a surprising fact about this return. 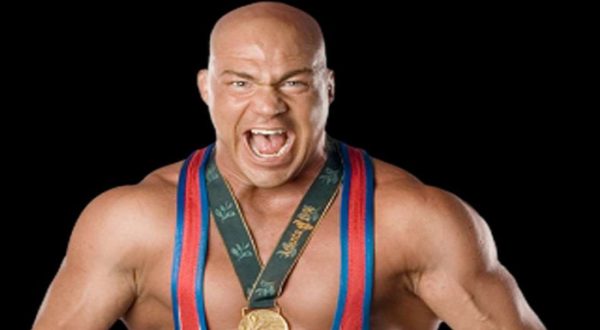 During an interview with Chris Van Vliet, Angle spoke about his return in 2016. He stated that he expected a return such as the one Goldberg received, but received an instant Hall of Fame induction and general manager role.

When we think back to the return of Angle, it is clear to see that his time wrestling was minimal.

Nevertheless, the HOF was a huge honor and Kurt did not deny that. He said he would rather have wrestled, but that Vince and Triple H pulled him aside and told him he would be inducted in the HOF first.

Speaking about his lack of options during his return, Kurt Angle had the following to say:

“I didn’t have any options and I think I understand why. I don’t think it was to criticize me because I did leave WWE high and dry in 2006. It was my choice to leave and I know Vince McMahon and I didn’t part on good terms and I went straight to the other company [TNA].”

“I think that’s why he had me do the shorter matches. He had me put talent over. He never really ran with me with a title run or anything like that. So, I was expecting that. Goldberg came back [and had a title run] Sting came in and I think he at least had a title match, but it wasn’t in the plans. I don’t blame Vince for that. Me being a liability with my five broken neck and my painkiller problem from a long time. I don’t think he wanted to see me fall back into that.”

What Is He Doing Now? 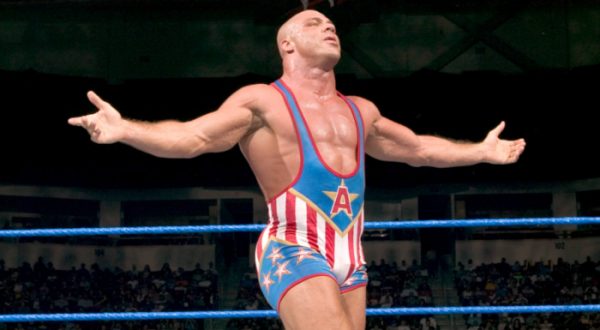 We may not see him as much on television as we would like, but he is very much involved in the WWE.

At the moment, he is a backstage producer, who is responsible for the production of matches.

Despite his role within the company, many fans believe he never got the retirement match he deserved. Some time ago, he went up against Baron Corbin and lost in the most awful way. It wasn’t a fitting goodbye for many fans, so many believe that another retirement match would be best.

Looking at the events that have passed, it is clear that Vince was trying to protect Angle against his former demons. As a former addict, it would be quite easy to fall back into painkiller abuse. Limiting bumps in the ring certainly enables him to stay sober. Nevertheless, it sounds like Angle is not completely done with wrestling.