Tyson Fury is now the greatest active boxing heavyweight and one WWE superstar wants a match. Also, the latest on Jeff Cobb’s status with AEW. 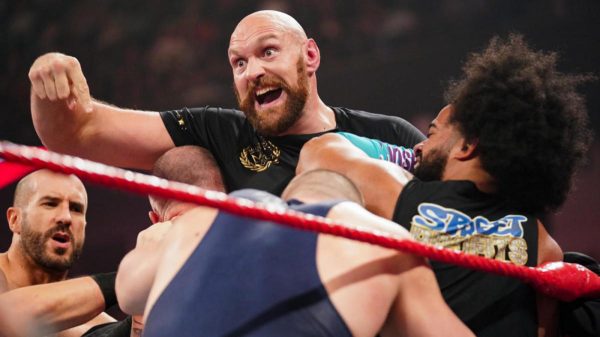 After last night, there is no doubt that Tyson Fury is the best active heavyweight boxer. He defeated Deontay Wilder to capture the WBC heavyweight title and maintain his status as boxing’s lineal heavyweight champion.

Not long after winning, WWE’s Braun Strowman called out Fury on social media for another match.

Those two giants butted heads during SmackDown’s debut on FOX in the fall, which led to a match at Crown Jewel. Fury won via count out after sending Strowman to the outside with a punch. Days later, the two got back on the same page as they decimated the B-Team. Fury was praised by those backstage for how he handled himself and he really seemed to enjoy his time with WWE.

As for Fury vs. Wilder, it was rematch from last year. The first fight ended in a controversial draw. This time around, there was no controversy as Fury dominated from start to the finish. The ending came in the seventh round with the referee stepping in as Wilder’s corner through in the towel. As a result, Fury is now 30-0-1 with 21 KOs and Wilder is 42-1-1 with 41 KOs in what was his first loss.

Tyson Fury Has The Support Of WWE’s Top Officials

Triple H and Stephanie McMahon were present at the event. They met with Fury briefly earlier in the day. WWE did have a careful eye on the fight and with Fury winning, they will likely offer a huge paycheck to work WrestleMania 36. Fury did not take much damage and another WWE match does seem possible.

Of course the Game is at #WilderFury2 🙌@TripleH and @StephMcMahon wish Tyson Fury good luck before the big fight 👏 pic.twitter.com/oq69RJGRJT

There is now only one… Congratulations to the #GypsyKing!! @trboxing @premierboxing @WWEonFox @ESPN 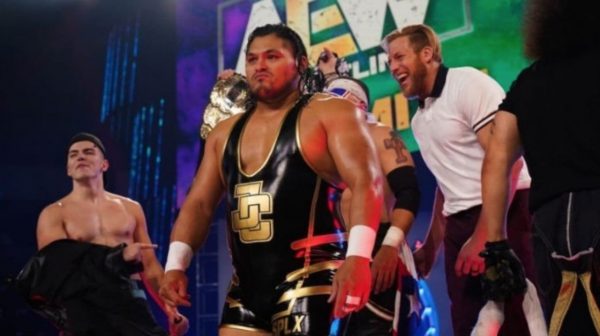 Jeff  Cobb appeared on the last two episodes of AEW Dynamite and he has been offered a contract. As of now, the Wrestling Observer Newsletter noted how nothing has been signed.

The report continued that AEW President Tony Khan had not met Cobb until this week. He offered him a deal that would allow him to compete for NJPW and AEW. Currently, Cobb is working as a free agent with appearances for ROH, NJPW and some Indy promotions.

Cobb debuted two weeks ago after Chris Jericho revealed him as a hired gun. This week, he lost to Jon Moxley in a hard hitting affair.

Cody has been trying to sign Cobb since the beginning of the year. There is no word on the amount of money or length of the contract being offered to Cobb. With the Revolution pay per view next week, there is a chance Cobb appearances during the title match.