The Bar found major success in WWE before being split & now we know why. Also, another name has shown support for the British Bulldog joining WWE’s HOF. 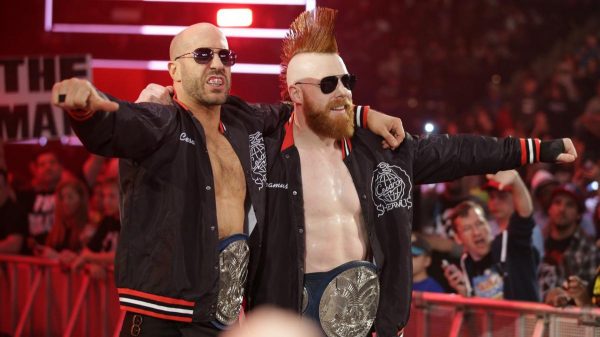 The Bar had a short, but impressive run in WWE. They captured tag team titles on five occasions before going their separate ways. While speaking to Cultaholic, Sheamus revealed why WWE decided to split him and Cesaro up.

“Well me and Cesaro have achieved everything there is to do,” said Sheamus. “We’re five-time tag champs. I think The Bar is something where we have cemented our legacies as The Bar.”

“Like, we can always go back to that and anything we do will be massive, but we’re both on a bit of a singles journey at the moment,” said Sheamus. “And, there’s still a lot I want to achieve as a singles guy.”

The Bar came together by fluke. Cesaro and Sheamus were battling in a lengthy series and Mick Foley made them form a team. They were worked well together and quickly landed in the title picture.

After about nine months away, Sheamus returned to SmackDown TV. He attacked Shorty G and the two are now in a feud. As for Cesaro, he floated around the roster for most of the 2019. Recently, Cesaro aligned with Shinsuke Nakamura and Sami Zayn.

Lol keep the gimmick shorty G it fits him.
Chad Gable is super bland with zero in mic skills.

He’s a waste and Sheamus is right lol.pic.twitter.com/7fkUwwZBfC

As for a future goal in WWE, Sheamus still has one in mind.

“Obviously the Intercontinental title is the one I still haven’t won, so that’s all I really care about right now,” said Sheamus.

With both being on SmackDown, there is decent chance we can see a reunion of The Bar. 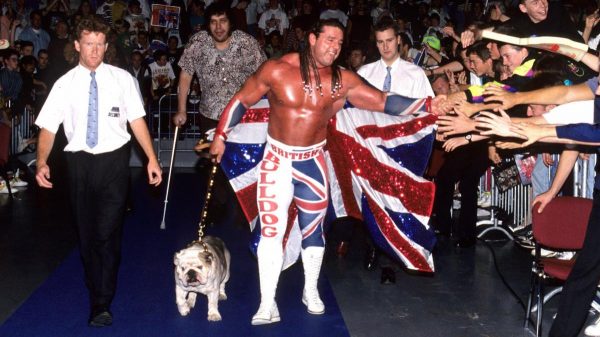 During a recent interview with Triple H, the question was posed if the British Bulldog belongs in the WWE Hall of Fame. Triple H responded with resounding yes.

Now, we can add Paige to the list. And, it is very likely that she is not alone in seeing the English superstar getting inducted. Paige tweeted out to the WWE, wanting to know if 2020 would be Bulldog’s year.

So.. we gonna get British Bulldog in the Hall Of Fame this year or? @WWE

Smith had several runs in WWE, WCW, New Japan Pro Wrestling and other promotions. He won almost all of the titles possible in WWE, but never the biggest prize.

In 2002, Smith was working on a return to the ring, while also training his son for the business. Smith suffered a fatal heart attack at the age of 39. He death was blamed on many years of steroid abuse and the effects it did on his heart.

As of now, the only names confirmed for the 2020 WWE Hall of Fame Class include Batista and the NWO (Hulk Hogan, Kevin Nash, Scott Hall & Sean Waltman).