RAW In A Nutshell: Next Stop Houston And The Rumble!

it's another RAW In A Nutshell and this one is the last before the Royal Rumble. That's right folks, WWE has a go home show for us!

Well, it’s another Monday. That can mean a few things…such as another RAW In A Nutshell! It’s a special RAW In A Nutshell this week, however. Why special? Well, two reasons. First, this RAW In A Nutshell is on Martin Luther King Day. For another, it’s the go home show ahead of the Royal Rumble this Sunday. Both are good reasons to hope we get a good RAW. After all, a good show generally means a good RAW In A Nutshell, right? Let’s crack open this Nutshell and find out!

This was a bit challenging tonight. I liked a few offerings, but I wasn’t really blown away by any of them.

McIntyre and Orton was solid. 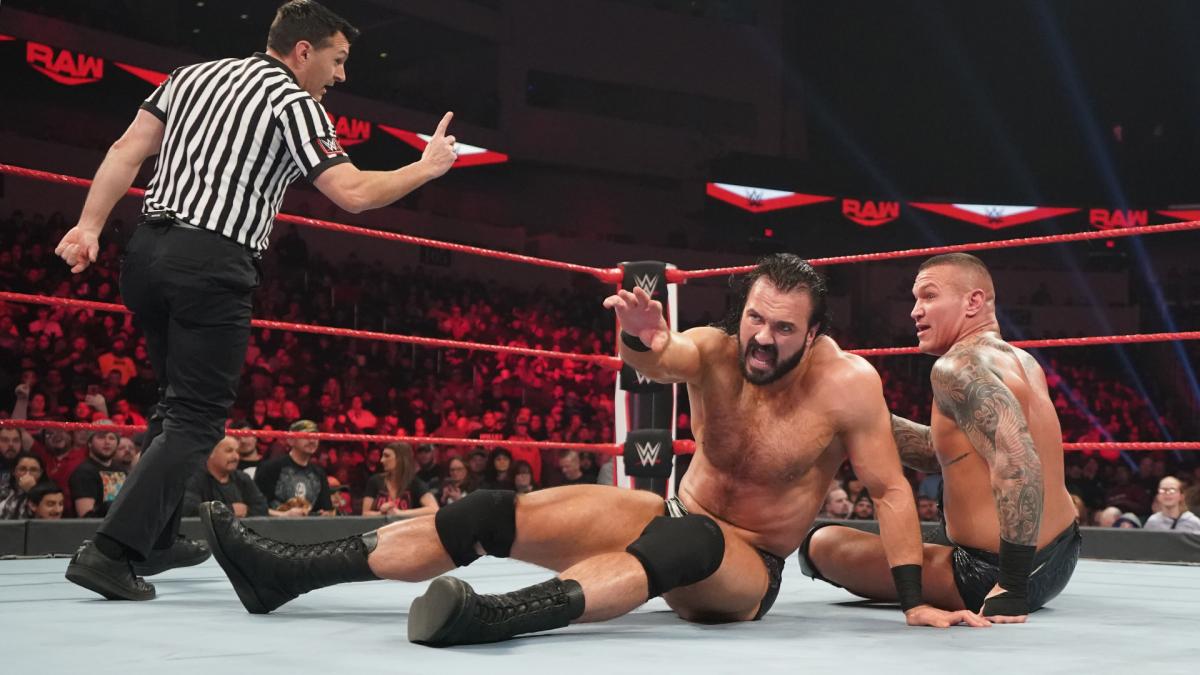 The tag title match was good, but felt abbreviated. Also, really curious to see where this goes. 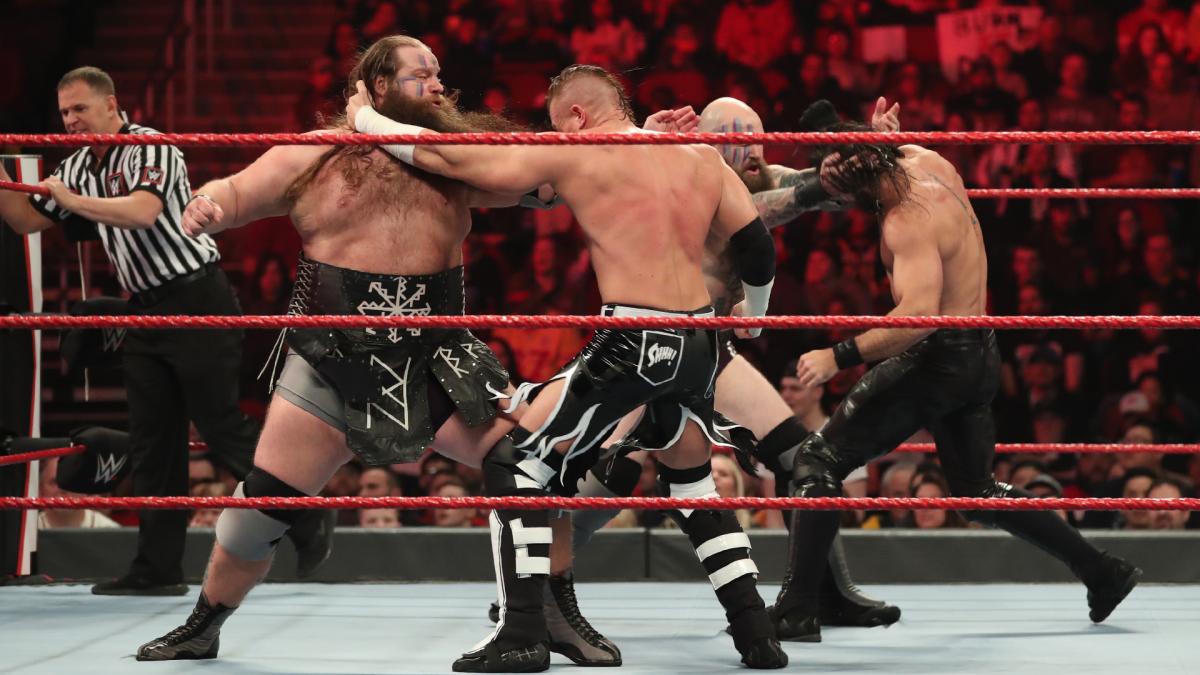 I’d probably say the United States Championship ladder match gets the nod though. It was the longest of the matches I believe, and it delivered some really nice big spots. 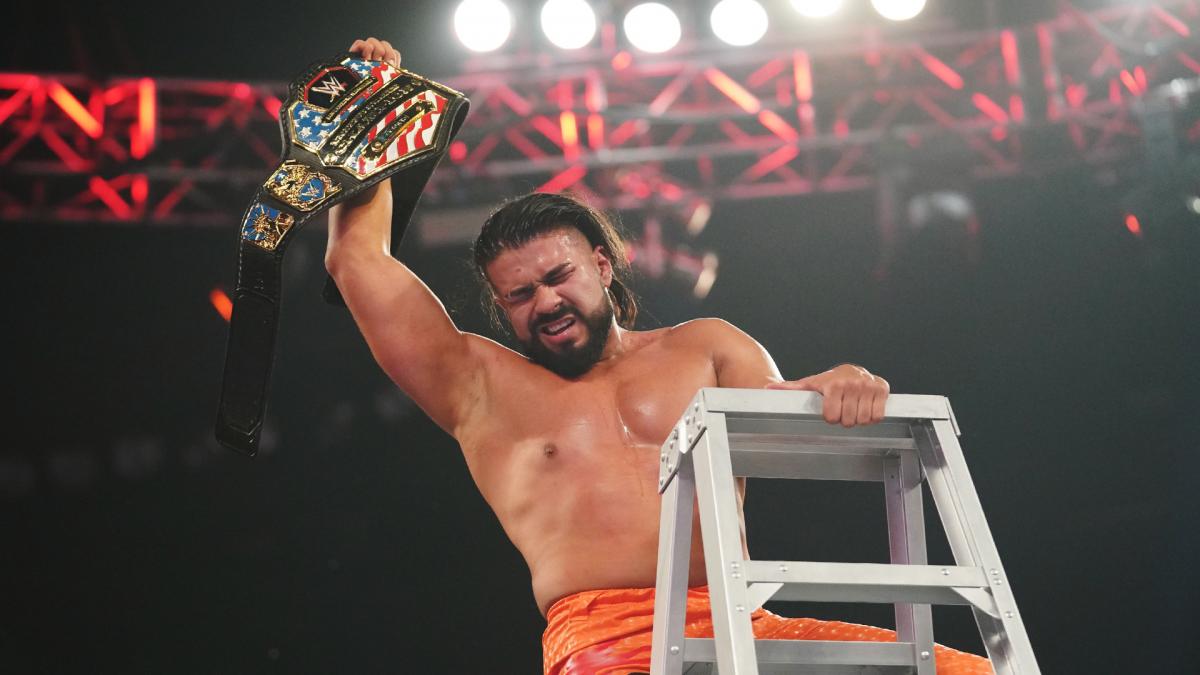 I think I will complain about Hardy versus Rowan. I know I wanted to see Rowan get some real competition, and no disrespect toward Hardy, but if it is true that he’s on his way out (as current booking suggests), then he’s not going to be booked as having a chance. And he wasn’t. 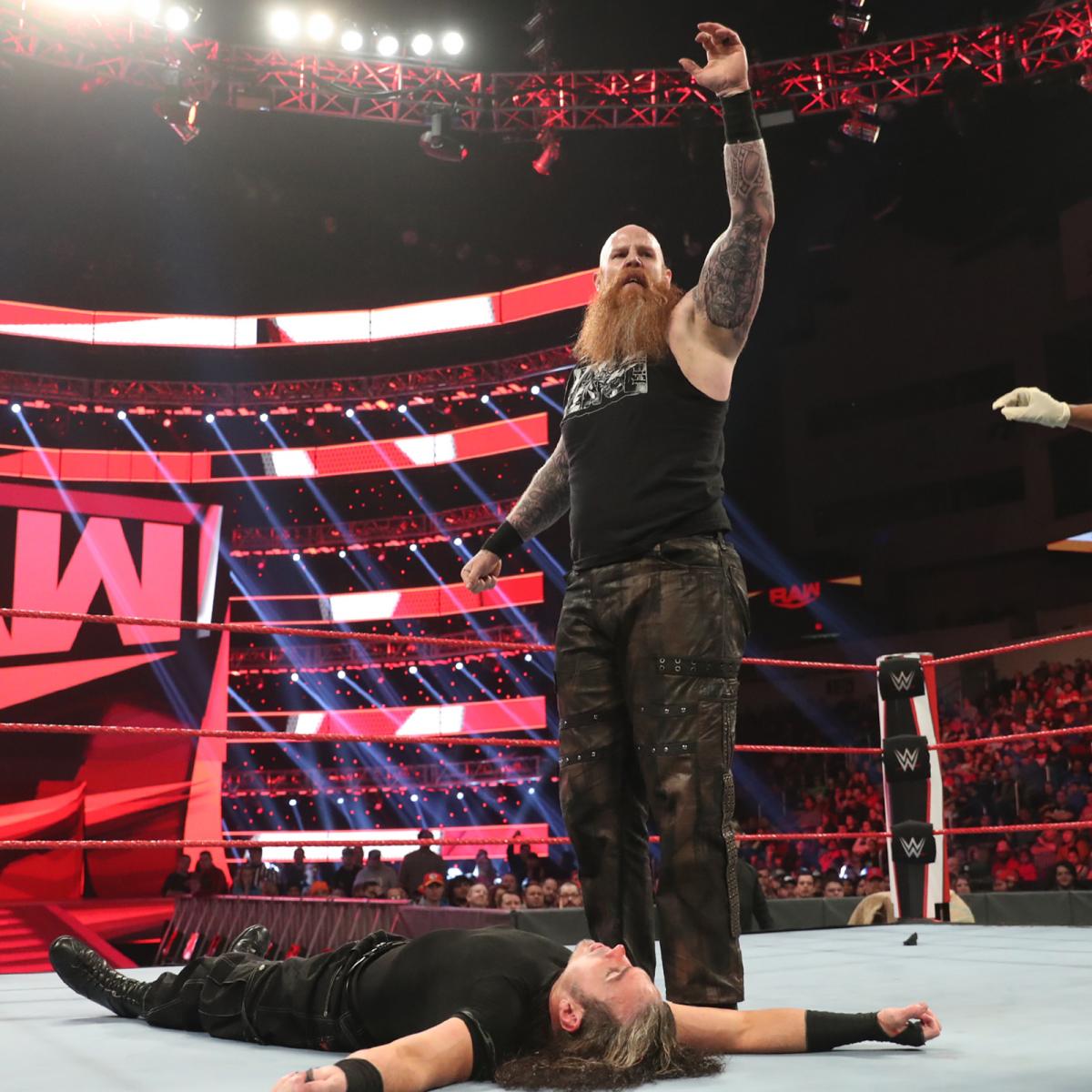 Though, I do have to say there’s another worth mentioning. 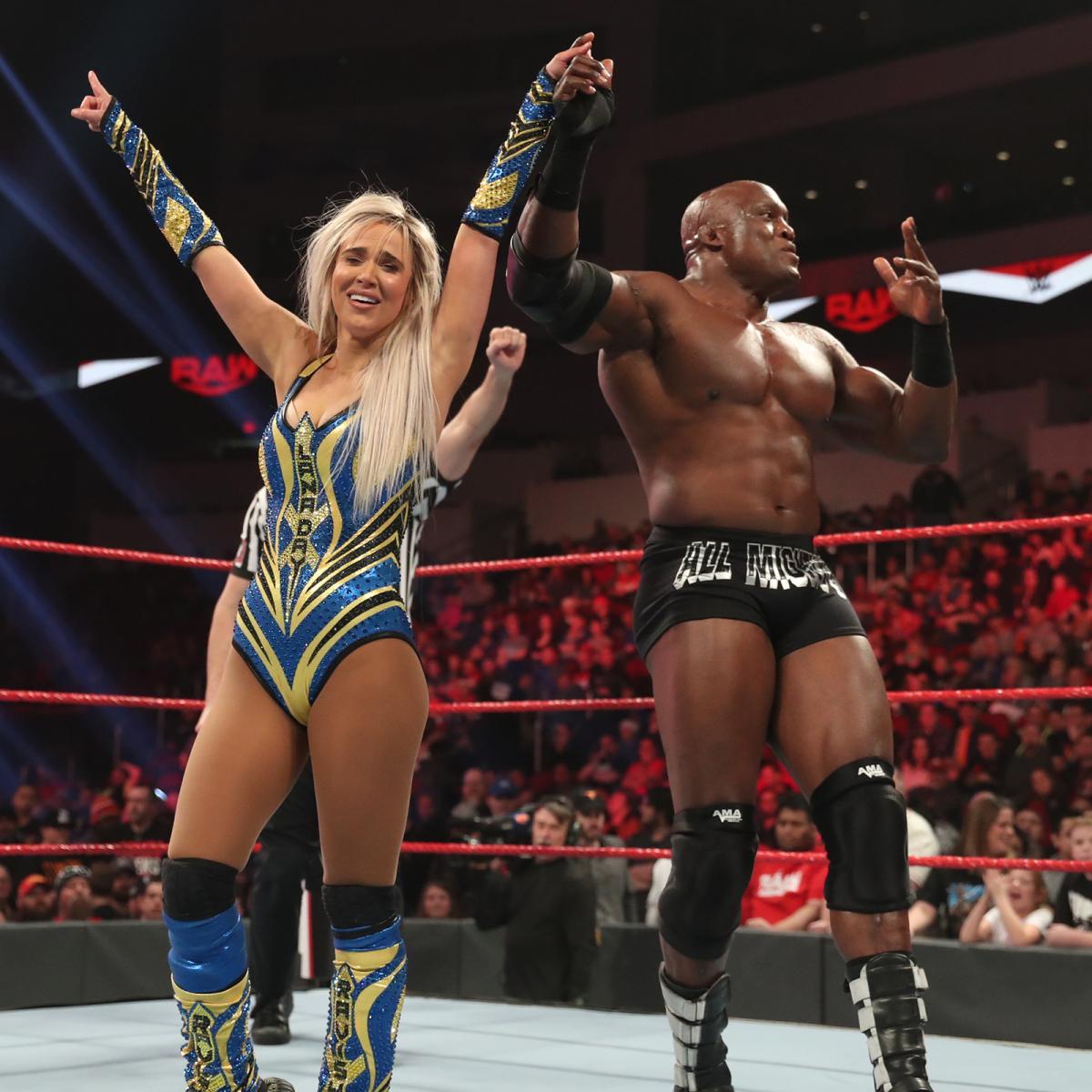 The main event was, I think, one of the worst in recent RAW memory. Nothing feels exciting about this match to me, and it felt like RAW was mostly over before the announcers really gave it a lot of attention. Just a letdown for me.

In honor of the tag title win, I will give the nod to Seth Rollins and Buddy Murphy on this one. 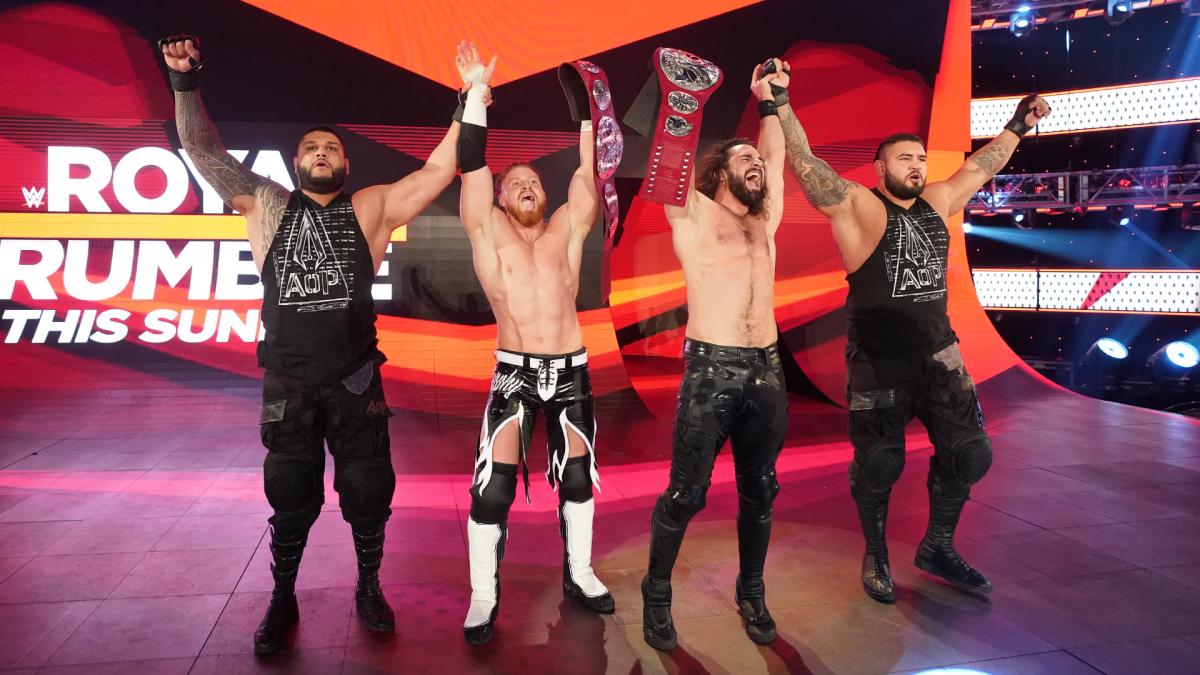 No spots…but I will just put this out there…the opening match was a ladder match. It had all the requisite ladder spots, which is somewhat impressive considering we weren’t on a PPV. 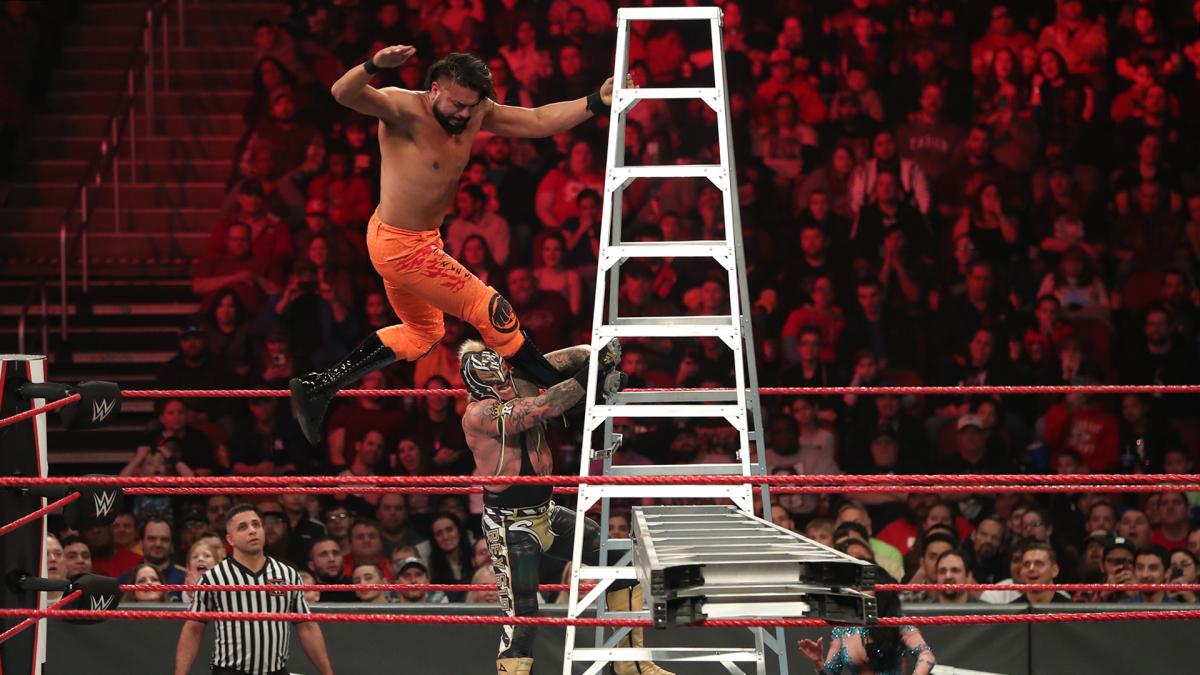 That random local guy that was fed to Aleister Black. 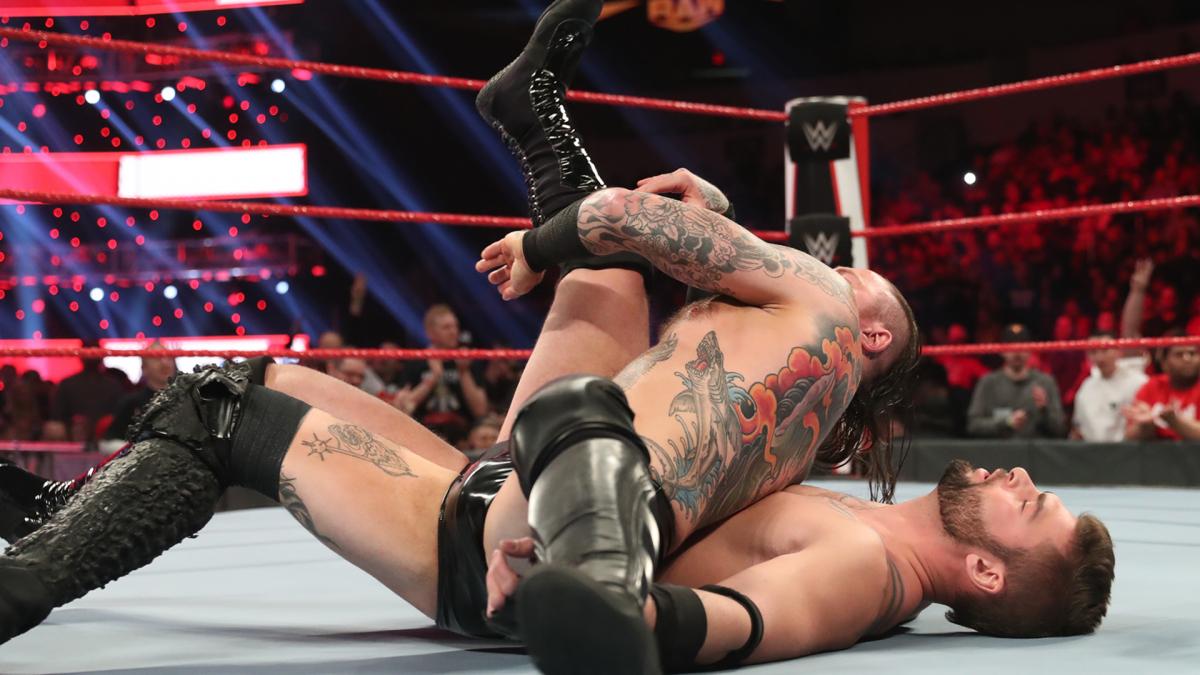 I think I have to consider our new tag champs winning the upset of the evening.

And to continue that theme…

Wow, did not see this one coming. OK, sure, it makes some sense. It gives WWE a title for Buddy Murphy, without mucking up the other storylines. Gets a title back on Rollins too. Now, I suppose, the question will turn to…do the Raiders reclaim the gold, or do we see a new team, like KO and Joe, step up and win?

Was not much, but the Truth segments on the Weekend Update spoof were funny enough.

That said, while I am all for getting the Street Profits over, I could do without these kinda silly and odd segments. Give me those couple of minutes for better character development or a longer match instead.

Humberto Carillo returned, and in doing so he saved Rey Mysterio from further harm. We’d mentioned previously that Andrade versus Humberto seemed like a future feud for the US Title, and it would certainly appear that we’ve seen the beginning of that. 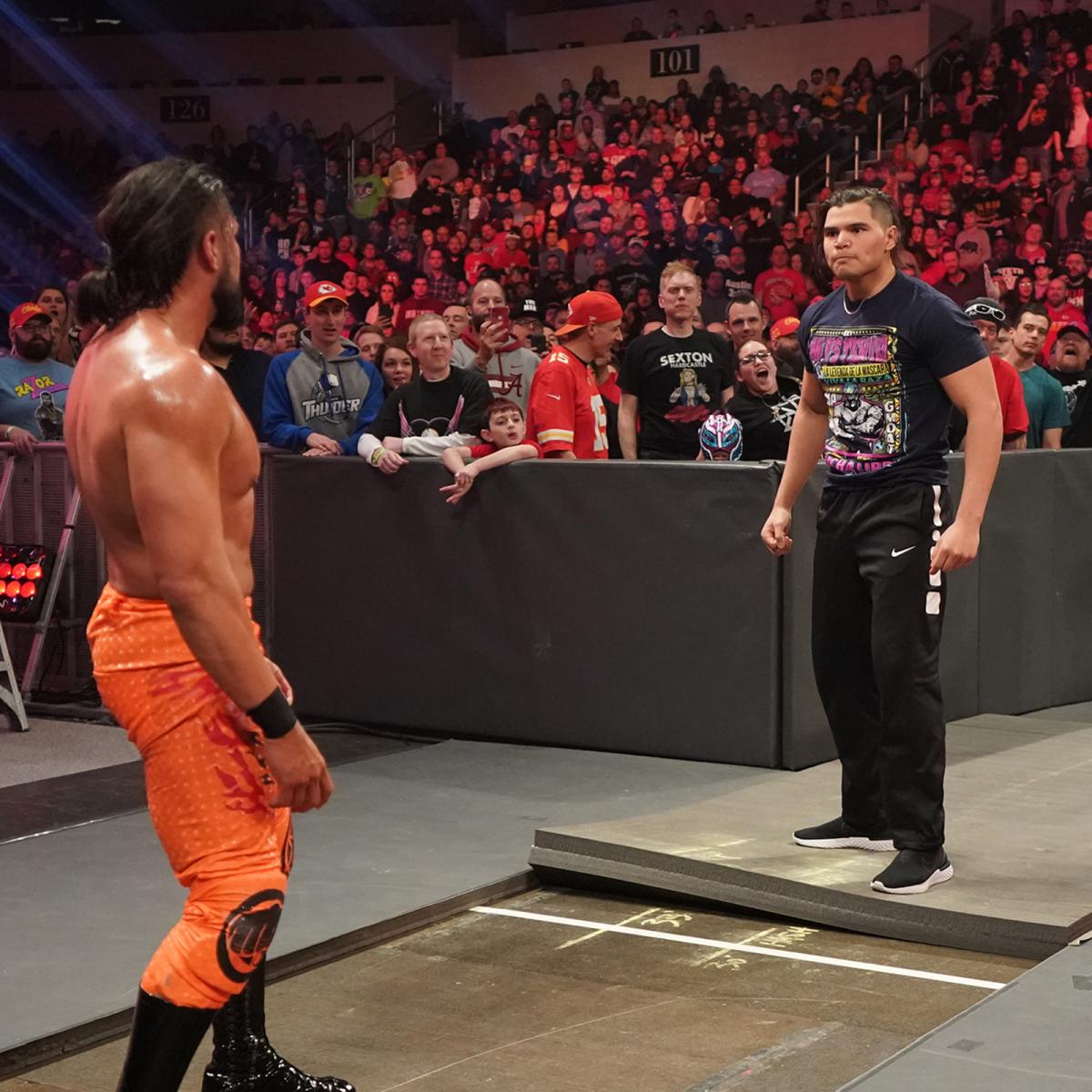 As I started on before…that might be one of the worst RAW main events I can ever recall seeing. I am sure there are some out there who didn’t hate it. I am not one of them. I don’t know if it was Lashley or Lana or what, but something sucked the life out of things.

I am enjoying where the Monday Night Messiah and his stable are going…and the growth of Joe and KO is fun to watch as well. Presumably they will drag the Raiders along and help boost them too.

Interesting to have Ricochet come out and step up to Lesnar and Heyman too…even if it didn’t end well. 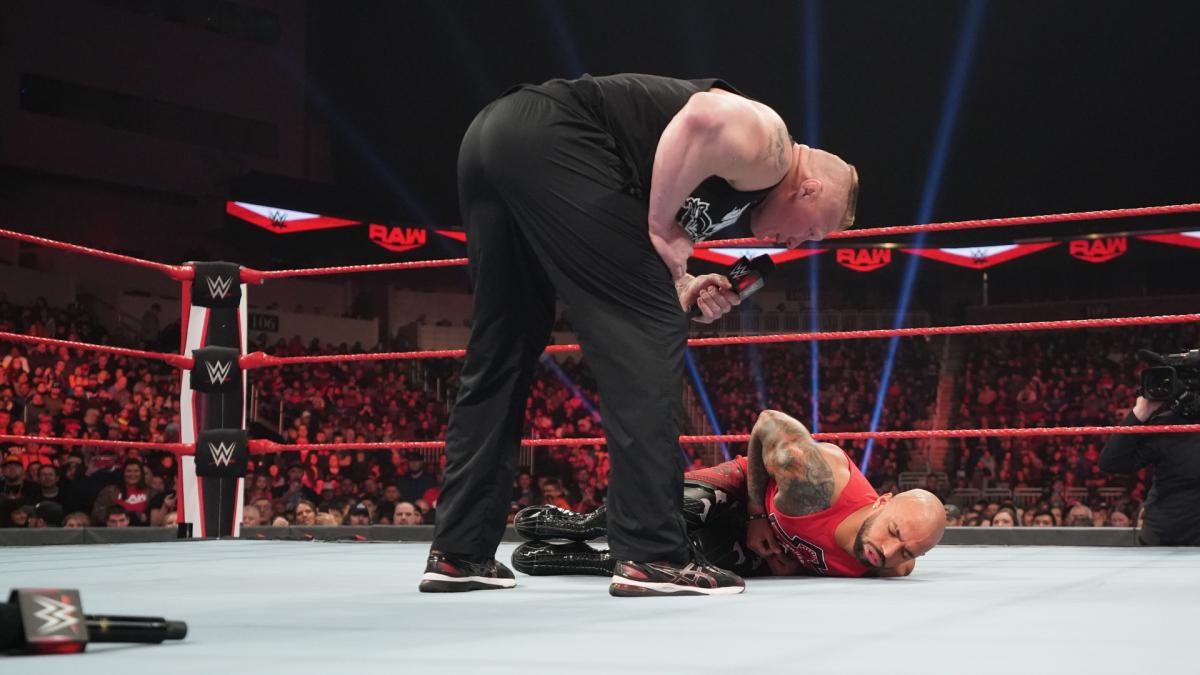 It wasn’t a bad show…but as far as go-home shows go, I was a bit underwhelmed in most aspects.

That was it…? That was the Monday Night RAW before the Royal Rumble? Who signed off on Ricochet confronting Brock? That was a let down along with the last hour. #RAW

So what about this #WWE #RAW was supposed to make me excited for Royal Rumble?