There is finally an update on Marty Scurll's status in ROH and NWA. In other news, a surprising development has been revealed in the AEW - NXT war.

With Marty Scurll’s contract expiring, many people wonder what will happen to the popular wrestler. Fortunately, we now have an update for you. In other news, AEW reveals a worrying viewership trend during AEW-NXT war.

Even though Scurll appeared in both Ring of Honor and NWA last week, it is important to know that the wrestler is not signed to any of these promotions at this point. In fact, Wrestling Observer Newsletter has revealed that Marty Scurll is very much a free agent.

So, what does this mean? Well, it is claimed that the contract of Marty Scurll expired in November. He’s not the only wrestler with an expired contract either, as other stars such as Jeff Cobb, Bandido, Brody King, Tracy Williams, and Shane Taylor are without a contract too as far as we know.

While many people believe Scurll is heading to AEW, he does have an event booked for NWA in January. That being said, Cody Rhodes had this to say about Scrull during a recent episode of Being The Elite.

Commercial Breaks A Problem For AEW 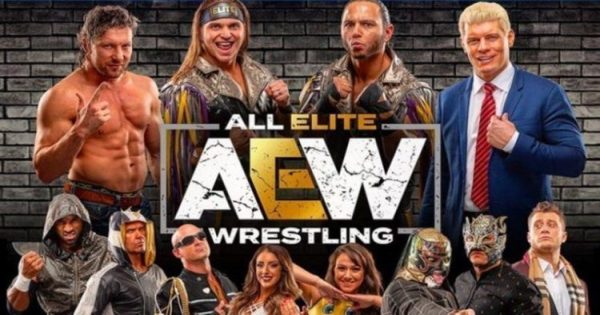 A stunning revelation has shed some new light on the war between AEW and NXT. According to Dave Meltzer, the brand is losing viewers during the commercial breaks. When a commercial break hits, viewers tend to switch to NXT. This could also explain why AEW decided not to start their show with commercials, much like NXT.

“They [AEW] definitely have evidence that during the commercial breaks people go to NXT. This is why they started doing the insets more because of that very factor. That is why they do it because they did do that.”

When it comes to head-to-head segments, it seems that AEW does have an ace up their sleeve in the form of Chris Jericho. In fact, the G.O.A.T. has not lost a single head-to-head segment. He is the one that gives All Elite Wrestling a victory over NXT. So, should AEW start building some additional big stars? NXT is having no problems building the likes of Johnny Gargano, Adam Cole, Velveteen Dream, Shayna Baszler and Rhea Ripley. Maybe it is time for AEW to stop counting on veteran Chris Jericho and build some additional people in a more solid manner?