The former champion will be looking for revenge on Corbin and company, and the WrestleMania 13 classic receives the bobblehead treatment.

WWE Taking Chains Off Roman Reigns On SmackDown This Week 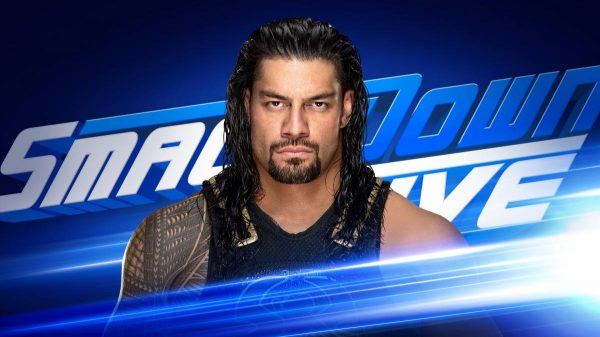 The WWE is promising to give Roman Reigns freedom to go after King Corbin and Dolph Ziggler in the final episode of WWE SmackDown on FOX before TLC take place this weekend.

In a press release, the promotion said “unchained” after he was left covered in dog food and tied to a ring post last week on SmackDown.

Reigns picked up a victory, but did not win the war, as Corbin and his guard went on the attack.

TC: Table, Ladders & Chairs is set for this Sunday from the Target Center in Minneapolis, Minnesota. Reigns and Corbin are scheduled to meet in a TLC match, with Bray Wyatt vs. The Miz and The Kabuki Warriors defending their WWE tag team titles against Charlotte Flair and Becky Lynch among the key bouts.

Catch the thrilling action THIS Sunday at 7 ET/4 PT and the WWE TLC Kickoff at 6 ET/3 PT.https://t.co/Hwta8R8wle

The National Bobblehead Hall of Fame and Museum announced a special bobblehead featuring the iconic moment from WrestleMania 13 between Bret Hart and “Stone Cold” Steve Austin.

The bobblehead, now available for purchase, features Hart locking his patented sharpshooter submission on Austin in the middle of the ring. The moment helped cement Austin as a main event wrestler and began his elevation to champion.

Produced by FOCO, the bobblehead helps remember one of the top matches in WrestleMania and WWE history. The two battled for nearly 25 minutes, with Hart being awarded the victory after Austin passed out with blood covering his face.

“We’re excited to release this bobblehead commemorating the epic match between Bret Hart and ‘Stone Cold’ Steve Austin from WrestleMania 13,” National Bobblehead Hall of Fame and Museum co-founder and CEO Phil Sklar said. “The match was a true classic and this bobblehead is a reflection of that special night at the Rosemont Horizon.”

WrestleMania 13 took place on Sunday, March 23, 1997 from the Rosemont Horizon in Rosemont, Illinois. Ken Shamrock served as the special referee for the Hart-Austin match, saying about the bout, “I think that without a shadow of a doubt that the match changed wrestling. It really launched us into the Attitude Era.”