RAW In A Nutshell: Who Is Still Moving After TLC?

A night after TLC, and just a week or so away from a major holiday, the big question being asked on RAW needs to be: who is still standing after TLC?

Folks, RAW is coming at us just 24 hours after the train wreck that was the 2019 edition of TLC. As was to be expected, fans got plenty of carnage from the Sunday evening event. The big question for Monday’s show? Who is still moving after TLC? It isn’t the easiest question to answer, as so many of those involved in TLC will no doubt be nursing a wide variety of ailments for the next several days. One such unlucky Superstar was Kairi Sane, who many believe suffered a concussion in the main event from Sunday. So let’s crack open this Nutshell to see who is still moving! 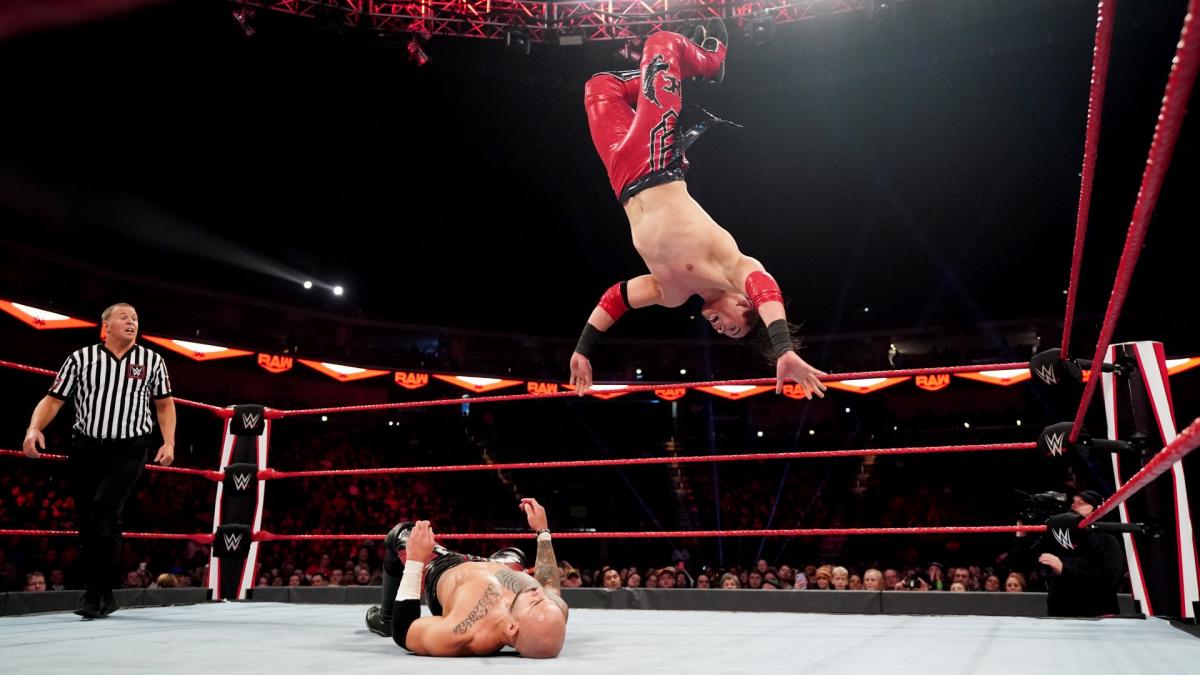 In spite of how things went, the gauntlet match was solid. Especially once we got to Humberto and Ricochet, things got really good. The ending for Carillo and Andrade was also good. The icing on the cake was Mysterio coming out to save Carillo, and that involvement did then set up the Rollins/AOP angle.

Rowan and Leon. Squash matches are fine and good…but it’s time for Rowan to get some better competition. 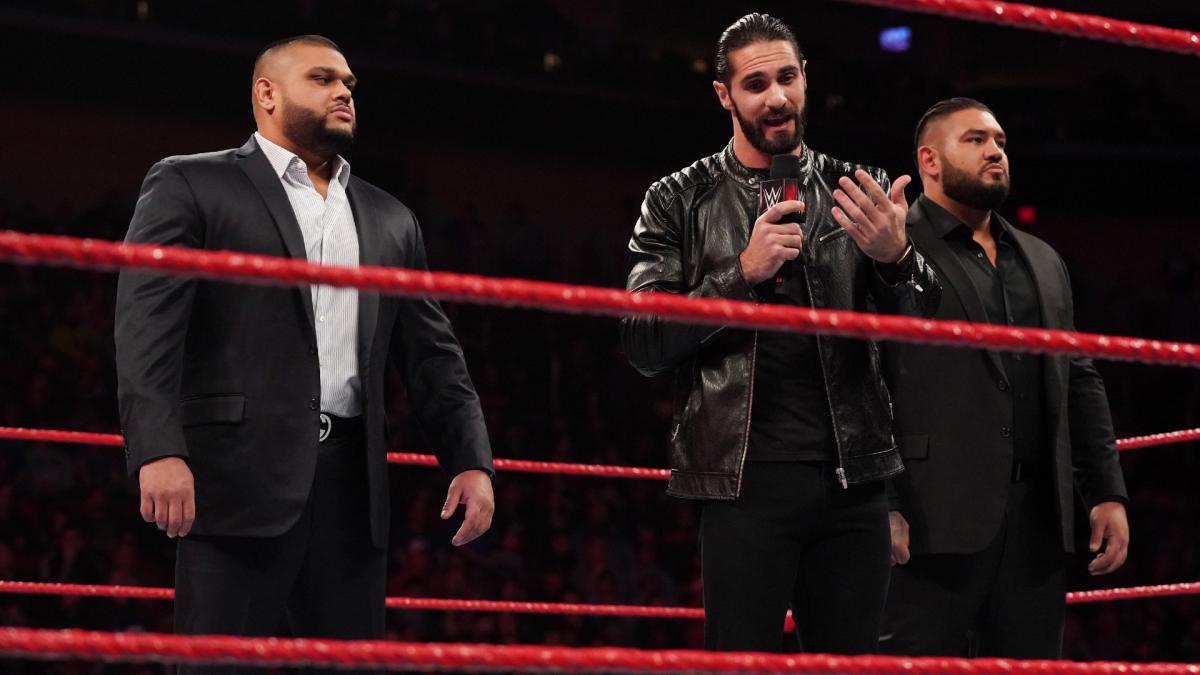 Rollins and AOP get a big nod. On the other side, I have to give another big nod to Samoa Joe. 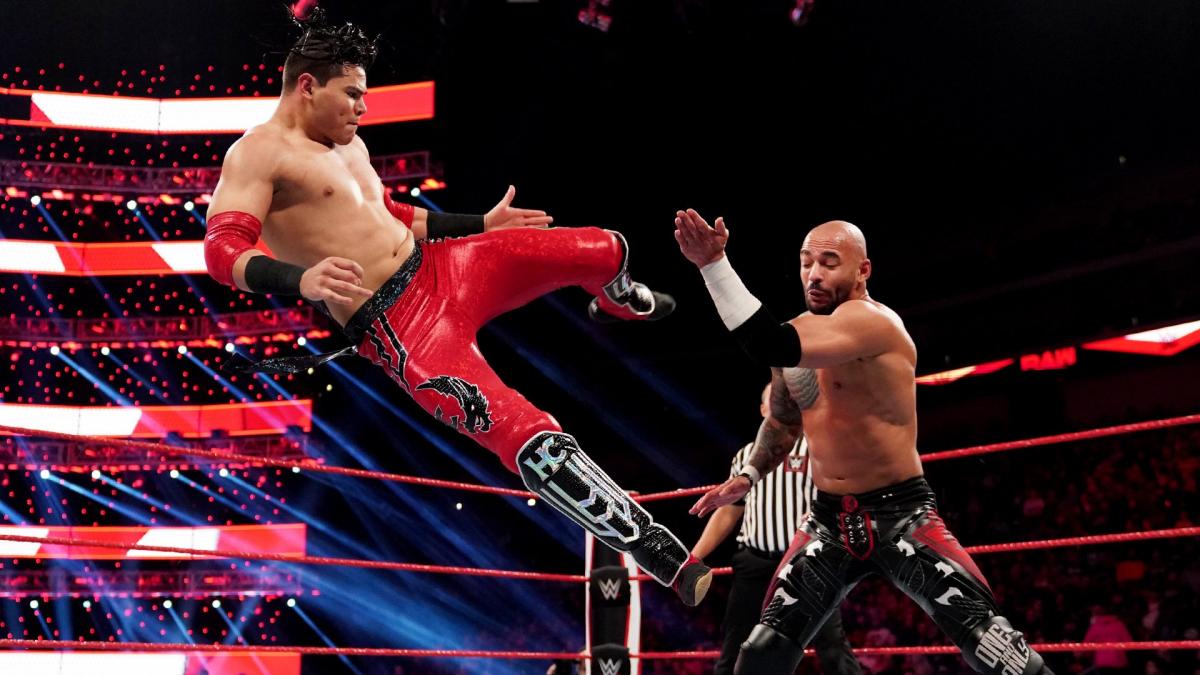 No specific spot, but lots of good action especially from Carillo and Ricochet.

I give you Dante Leon for the win. 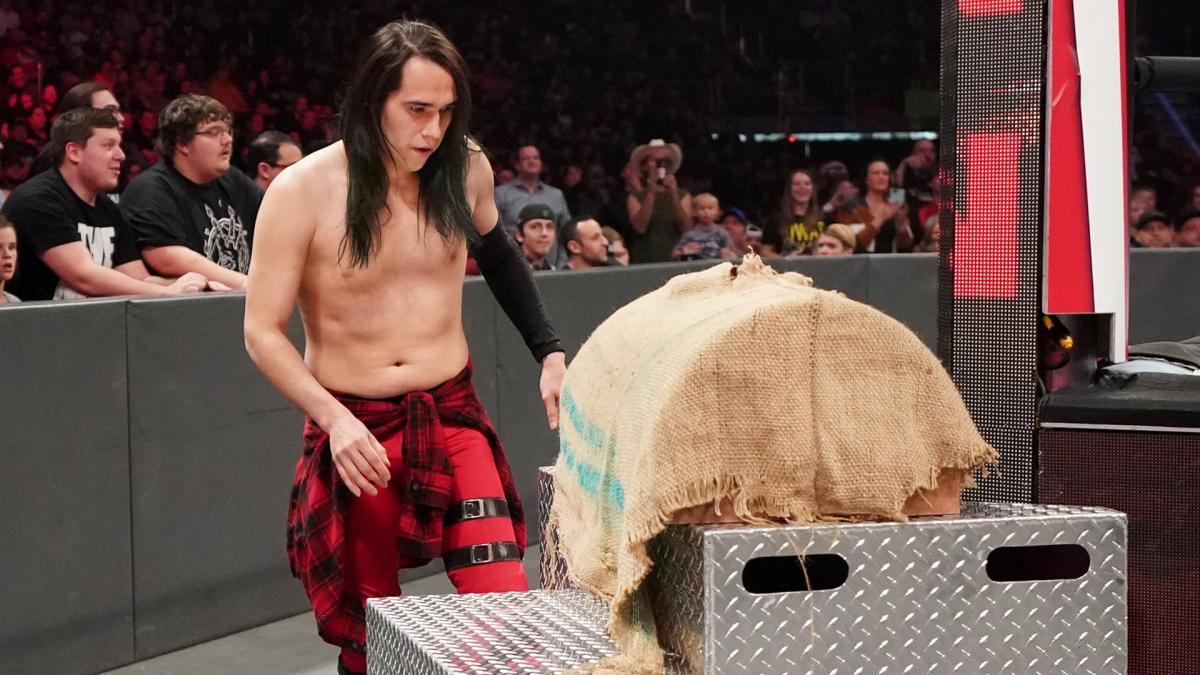 Also…I am going to go out on a limb and say…the thing in the cage Rowan is carrying? I have a hunch it is his old sheep mask.

Honestly nothing really shocking this evening

I can’t call it a major botch, but the RKO that landed at the tail end of the Phenomenal Forearm wasn’t nearly as crisp as many of them are. 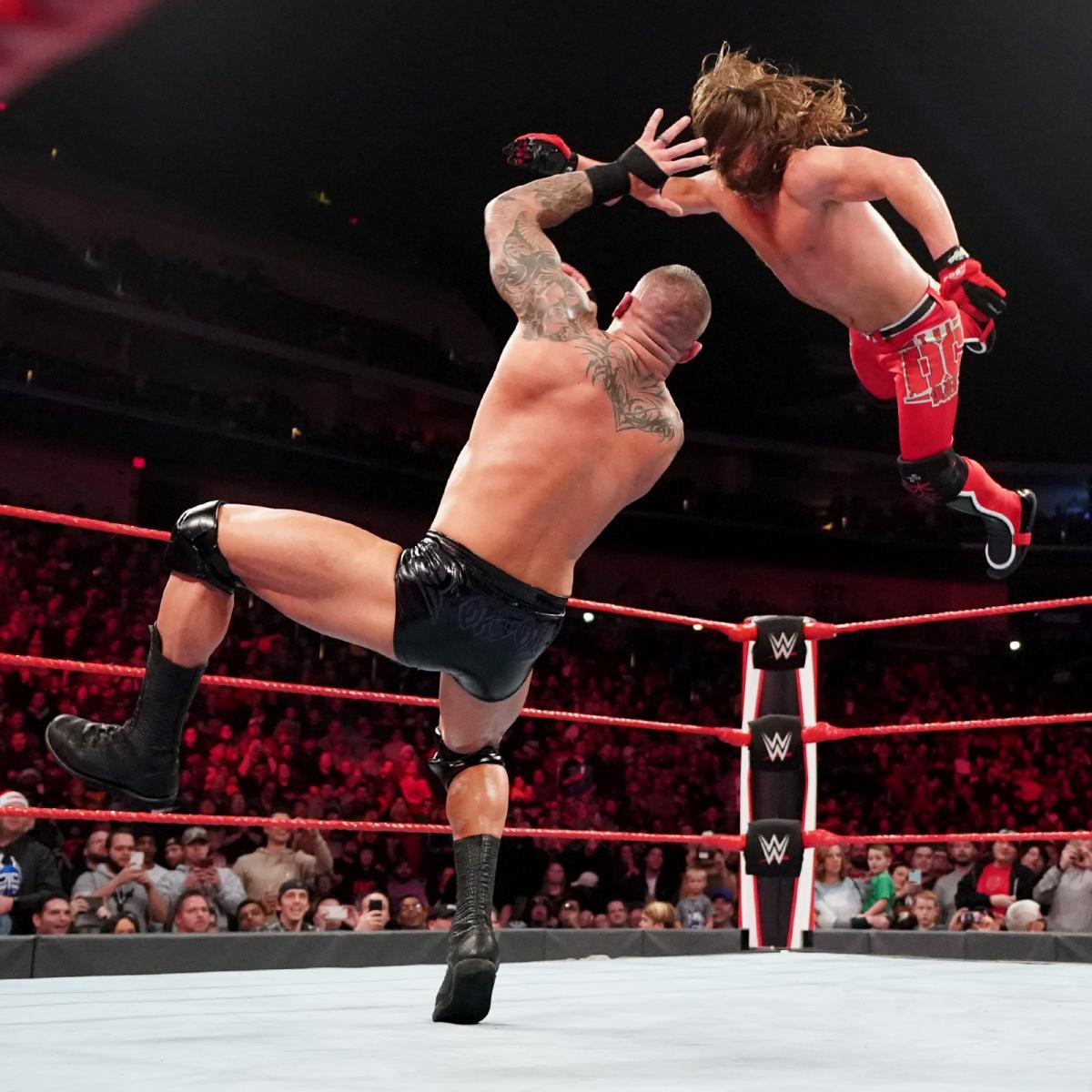 Normally this gets removed, but tonight I feel compelled to add something here.

Two things, both about Samoa Joe.

First, he is really, really strong at the announce position. I know it’s a short term thing, but he’s really good.

Second, he is sounding more and more like a face. As Rollins and the Authors had fun with Rey Mysterio, Joe spoke out against it in his own unique way. I can totally see a future program there.

Me, finding out that the reason RAW had a slight over-run was the fact that they were taping both shows Monday night, and the “live” RAW for this week was actually over about an hour ahead of the normal time. They started earlier and just ran the show on a delay….

And I thought RAW for next week was being filmed tomorrow…I was wrong…it was filmed Monday night, after the first RAW.

Seth Rollins and AOP started the show saying Seth had a score to settle. It ended up being with Rey Mysterio, who Rollins then challenged for the United States Championship on RAW next week. This will be taped , of course. 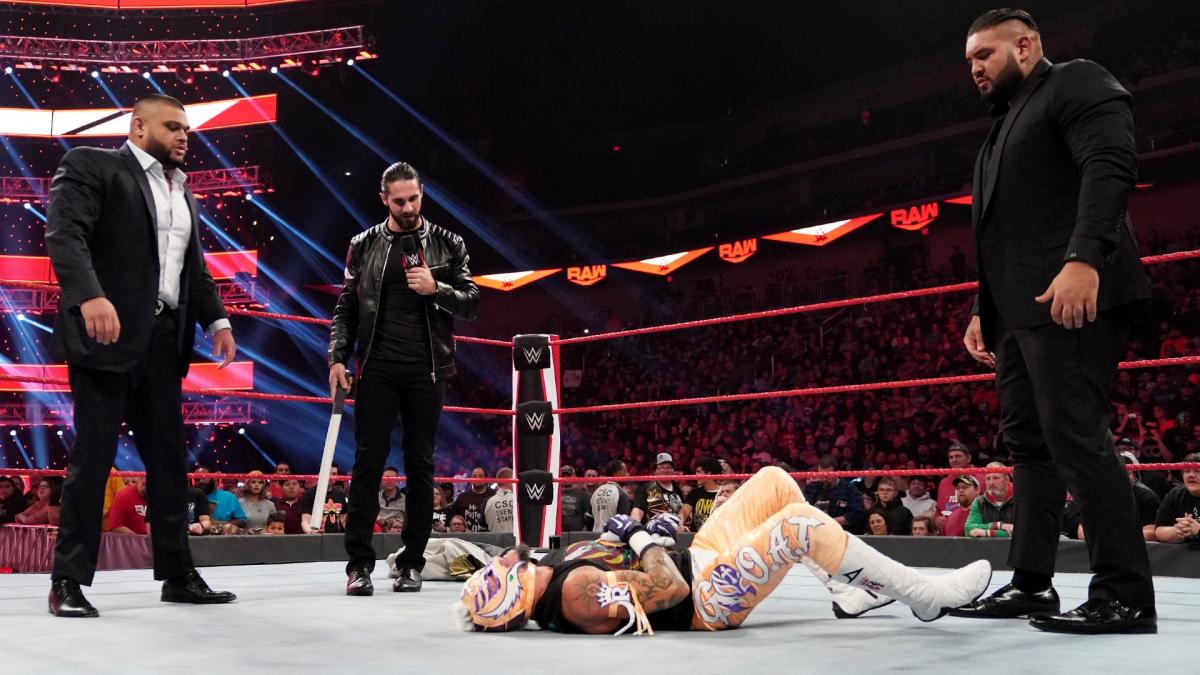 Liv Morgan finally is coming back onto television. A new vignette aired featuring her, and it will be interesting to see where it goes.

Deonna Purazzo showed up on RAW tonight too…not sure why, wasn’t really a call-up, as they showed her with an NXT graphic, so it seems to be, for now, a guest appearance.

The Lana/Lashley program rolls on. Lana had Lashley propose to her, and I promise it wasn’t awkward…at all… 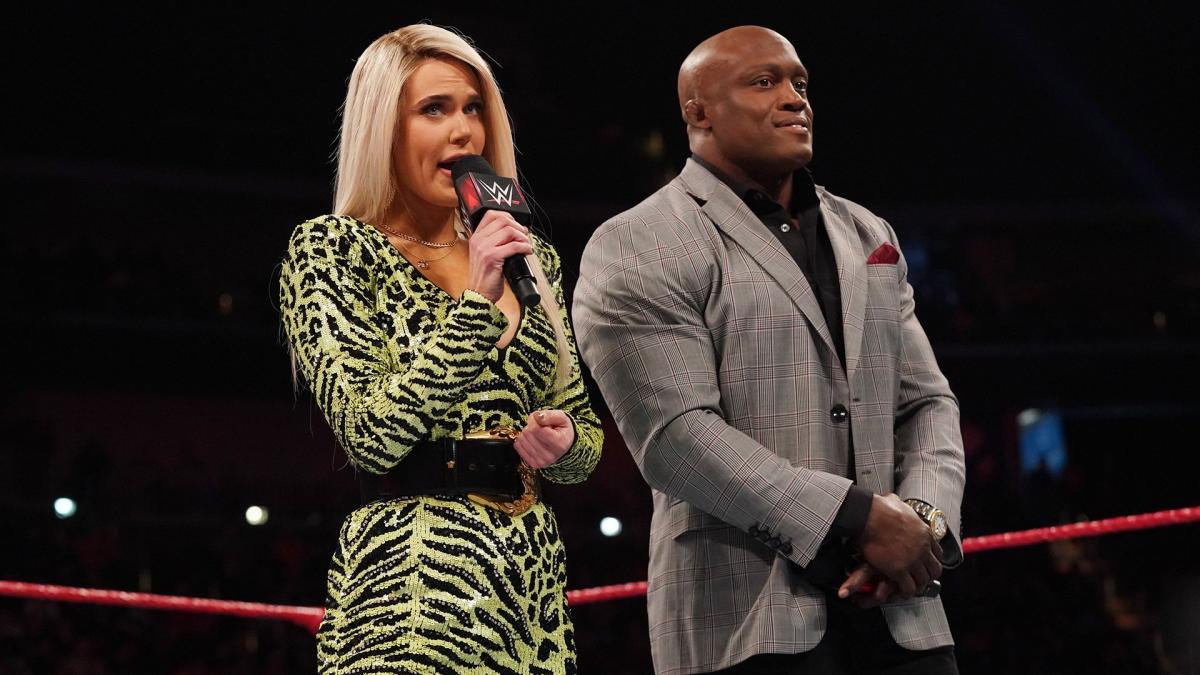 .@WWE I’ll forego my paycheck to never see Lana and Lashley together on television again.

I like that a guy like Humberto Carillo is getting pushed. I like that Andrade and he could possibly be having a really strong program start up. I wish that Rollins wasn’t then in the US title picture, because either of Carillo or Andrade would be better off with the strap in the near future.

It will be interesting to see who else fights off Rollins and AOP. We’ve got Kevin Owens and Rey Mysterio with scores to settle…who else will pick a side?

For one of the last RAWs of 2019, it wasn’t bad. Some forgettable stuff (Rowan, Lana), but honestly some strong action and definitely some things to be feeling good about as the year comes to a close.

Though, this also sums things up too…

Lashley & Lana continue to kill ratings, an hour long Gauntlet Match that had no winner, Seth Rollins & The Cool Clan attack Dominicks Dad, Asuka squashes Emma 2.0, and Randy Orton and AJ Styles have a match that no one saw the finish too. Great Show👍#WWERaw #NXT #ProWrestling