Chris Jericho held a backstage AEW meeting to address some issues with the product. Also, a big TLC match has been scrapped. 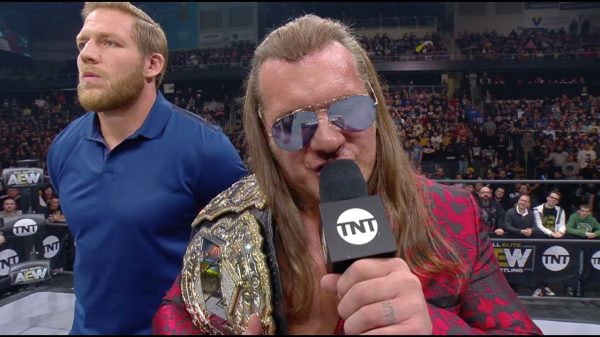 Chris Jericho is seen as a locker room leader for All Elite Wrestling (AEW). He has decades of experience and is one of the most talked about wrestlers in pro wrestling. Now, Jericho is using his veteran status to speak up on ways to improve the AEW product.

On Konnan’s Keeping It 100, Jericho said he held a meeting about the lack if rules in AEW. He signaled out the tag team division and how the referees need more authority. That way, the product will come off better.

Why does Chris Jericho have to hold a backstage meeting regarding the shite state of rule enforcement in the AEW tag team division when two of the EVPs are literally the center piece of said division?

“I called a team meeting — I’ll tell you right now,” said Jericho. “The lack of tags and the lack of just normal tag team wrestling psychology drove me nuts to the point where that was one of the big knocks against our company in about week three or four if you remember.”

“So, I called a meeting with the whole crew and said you’re burying the refs. If you don’t have any rules then you don’t get any heat and it’s killing our show because our honeymoon period is over and now people are watching us and they’re being confused by the lack of rules. So that’s changing slowly.”

Any advice from Jericho should be taken into consideration as he remains a big star across the globe. In recent weeks, it seems like AEW is doing a better job of making sure their superstars tag in-and-out.

Seth Rollins Vs. Kevin Owens Rumored To Be Off TLC PPV 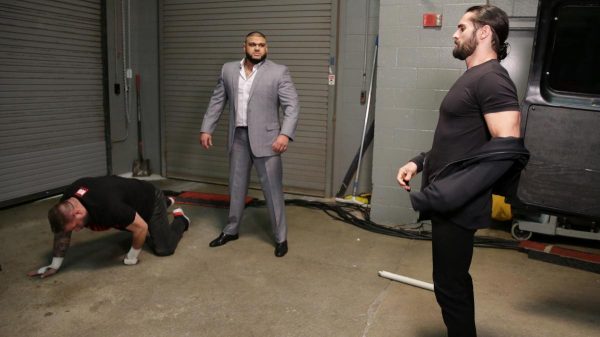 TLC is only days away, but WWE just started announcing matches. Seth Rollins vs. Kevin Owens was heavily rumored, but that match now seems off.

During the Wrestling Observer Radio, Dave Meltzer mentioned that Seth Rollins’ broken pinky at last weekend’s live event is the reason for the delay. The two started feuding right after Survivor Series when Rollins turned heel and blamed the RAW roster for losing at the pay per view.

On RAW, WWE shot an angle where the AOP attacked Owens. Then, Rollins delivered a curb stomp and Owens was taken to the local hospital.

Maaan GET CHO! on these dudes for failing to get Kevin Owens completely inside the ambulance. #raw #WWERaw #WWE #SmackDown #SmackDown #AEW #kevinowens #SethRollins @FightOwensFight pic.twitter.com/ejA76KIGeU

TLC is this Sunday from the Target Center in Minneapolis, Minnesota. It airs across the WWE Network starting at 7 PM EST.