How Will We Remember Chris Jericho When He Finally Retires?

Once he decides enough is enough, the pro wrestling world will remember Chris Jericho as not only on of the best, but maybe the best ever.

For me personally, Chris Jericho will forever by “Y2J.”

Years ago, Jericho made his long-awaited WWE debut when the countdown clock finally struck zero and he walked out under the TitanTron and made his way to the ring. The Rock, of course, sort of overshadowed the whole ordeal on that night, but Jericho would eventually get the best of him – and the rest of the WWE roster at that time – when he became the first-ever undisputed champion.

Since that appearance, Jericho has gone on to put together a resume that just might top anybody before him – and maybe anybody else to come. 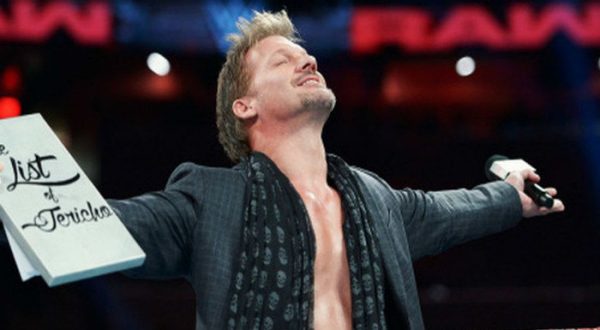 Jericho was the ninth Triple Crown champion and fourth Grand Slam champion in the WWF/WWE.

His resume reaches beyond just the WWF/WWE, with reigns as champion in the WCW cruiserweight division four times and the WCW television champion once. He’s also held titles in ECW, New Japan Pro-Wrestling and a handful of regional promotions around the world.

Chris Jericho Chasing More Gold At AEW All Out

This Saturday, Jericho will attempt to add the All Elite Wrestling title to his resume when he faces off against “Hangman” Adam Page for the vacant belt at AEW All Out live on BR Live and traditional pay-per-view. The event takes place from the Sears Centre in Chicago, Illinois.

The 48-year-old Jericho does not need to defeat Page to cement his status as an all-time great and legend in pro wrestling. At this point, all more titles do is add to the legacy he is leaving behind after being trained under the watchful eyes of Ed Langley and Stu Hart.

As he approaches 50, Jericho is not slowing down, which is likely due to his extended breaks from the squared circle to lead his band, Fozzy, on world-wide tours. And while his reach has not quite been that of someone like The Rock or Steve Austin in terms of Hollywood, Jericho has appeared on Dancing With The Stars and Downfall, two game shows on ABC.

For an “older” follower of the sport, not much will ever top that fateful December night at Vengeance in 2001 when Jericho scored a victory over The Rock for the World Championship and unified the titles with a victory over reigning WWF champion Austin on the same night.