RAW In A Nutshell: Will The Takeover Continue?

Will it be another night, another NXT Takeover of a main roster show? It could very well be, as we rapidly move closer to Survivor Series!

It’s been a crazy week or so in WWE, to say the least. Crown Jewel was last Thursday, and among the big news from the event? We have a new Universal Champion (who had been drafted to SmackDown). The vast majority of the roster was left stranded in country for way too long, which meant a bunch of the blue brand roster wasn’t where they needed to be for Friday…which led to a whole new kind of NXT TakeOver. Of course, the NXT angle was part out of need, part driven by (or at least capitalizing on) the news that NXT would now be a part of Survivor Series. The other big news out of last week? In order to chase Rey Mysterio (and, in order to ensure RAW has a major championship belt), Brock Lesnar “quit” Friday evenings and declared he’d be joining us on the red brand come Monday. So, with Survivor Series a couple weeks away, the big question is…will the Takeover continue? Let’s crack open this Nutshell and find out! 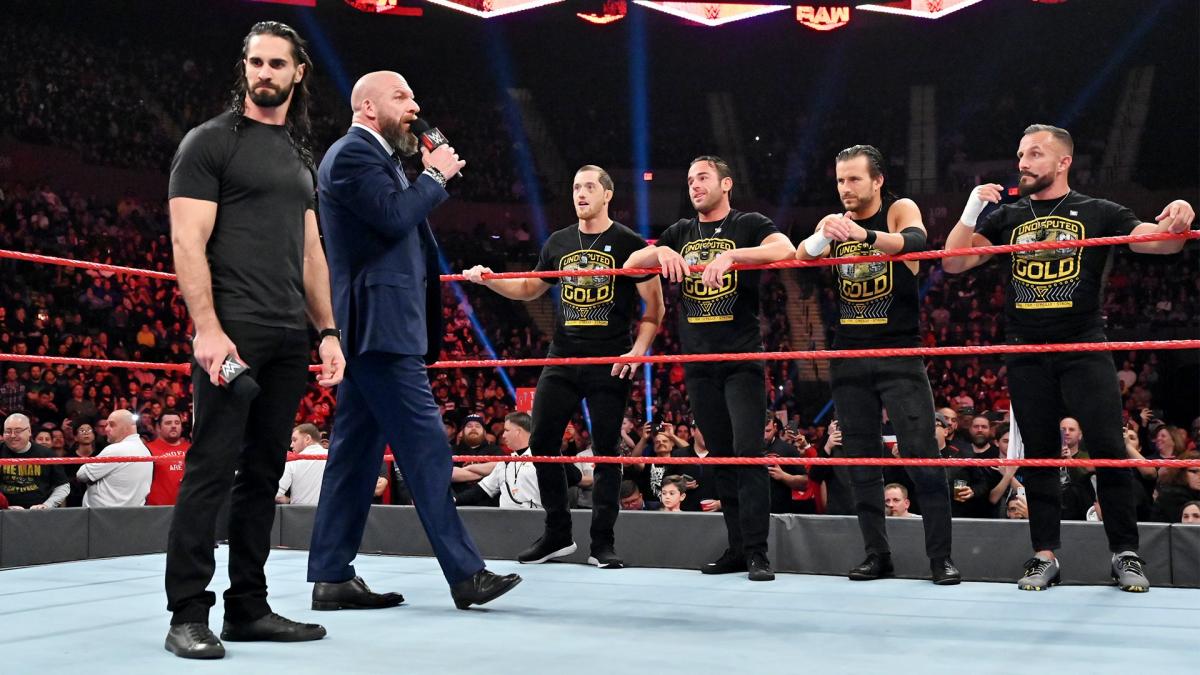 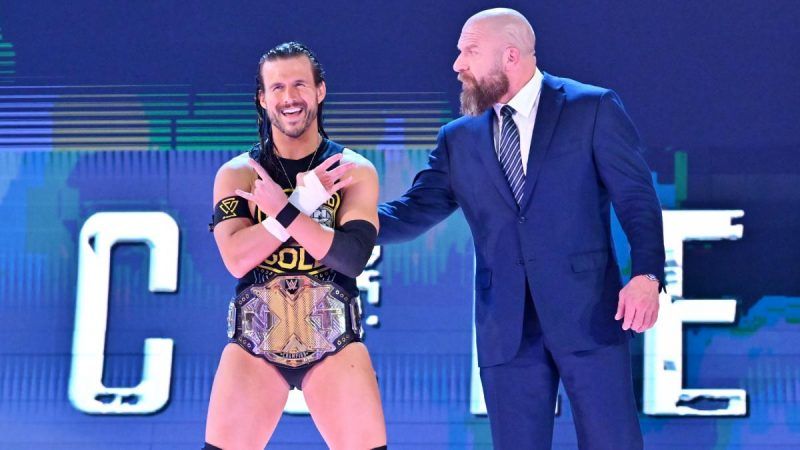 Another show, another Adam Cole gem. Rollins gets to work a nice and fresh match, even if we got interference to wrap up the match and send the show off air (which makes sense, it furthers the angle and protects Cole and Rollins). WWE has, in the last two shows, certainly done all it can to show fans who perhaps had not watched NXT yet, that the black and yellow brand is absolutely worthy of their time.

Nothing I feel is worthy of a complaint tonight. 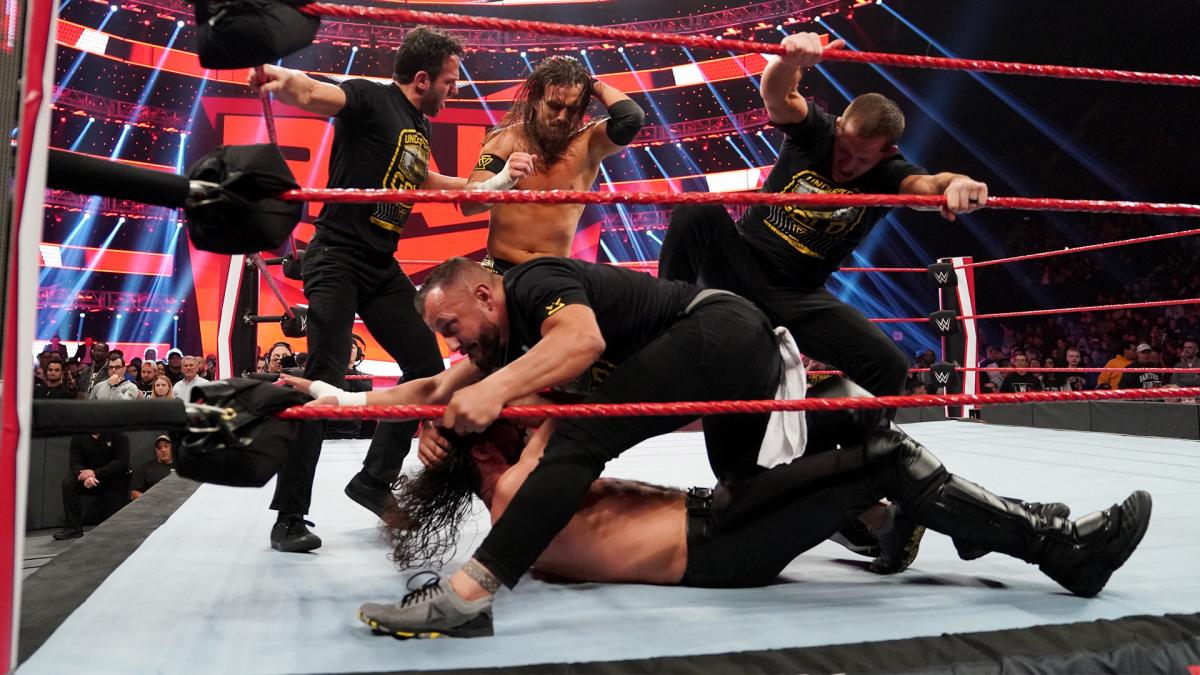 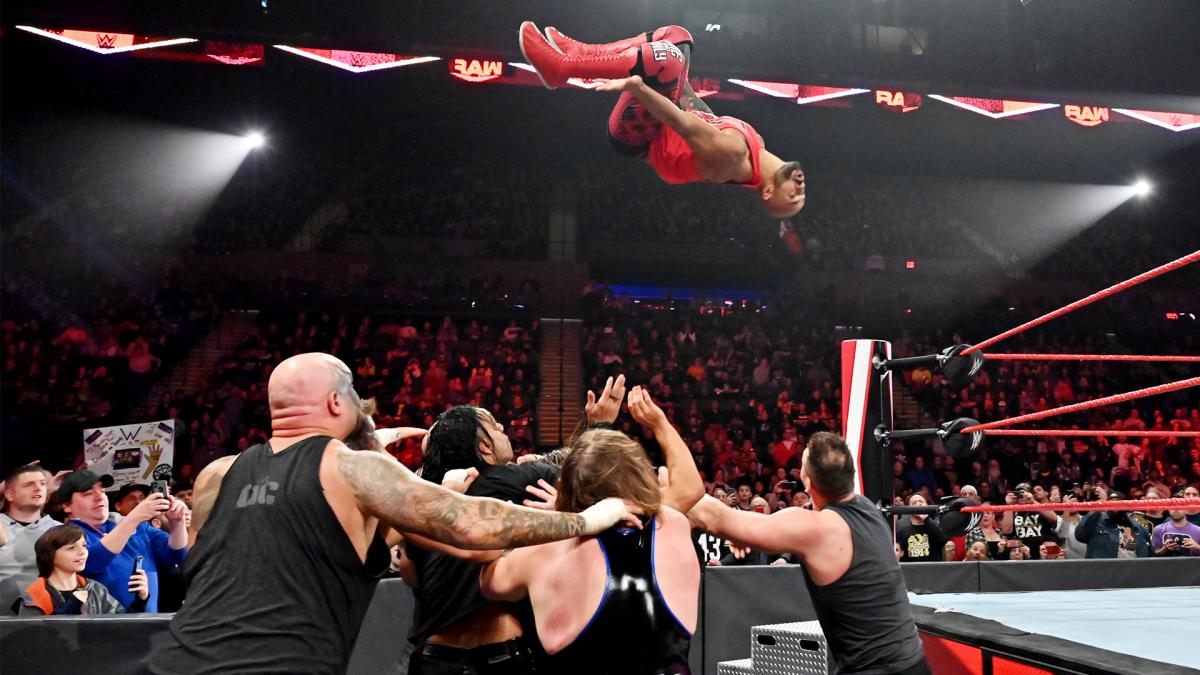 F-5 THROUGH THE ANNOUNCE TABLE!!! @BrockLesnar & @HeymanHustle visit the #RAW announce team and send a POWERFUL message to @reymysterio! pic.twitter.com/MomDZB9MGu

Could go with Maddin through the table? Or Rey Mysterio with the pipe? Or several others, really. Lots of strong action here. 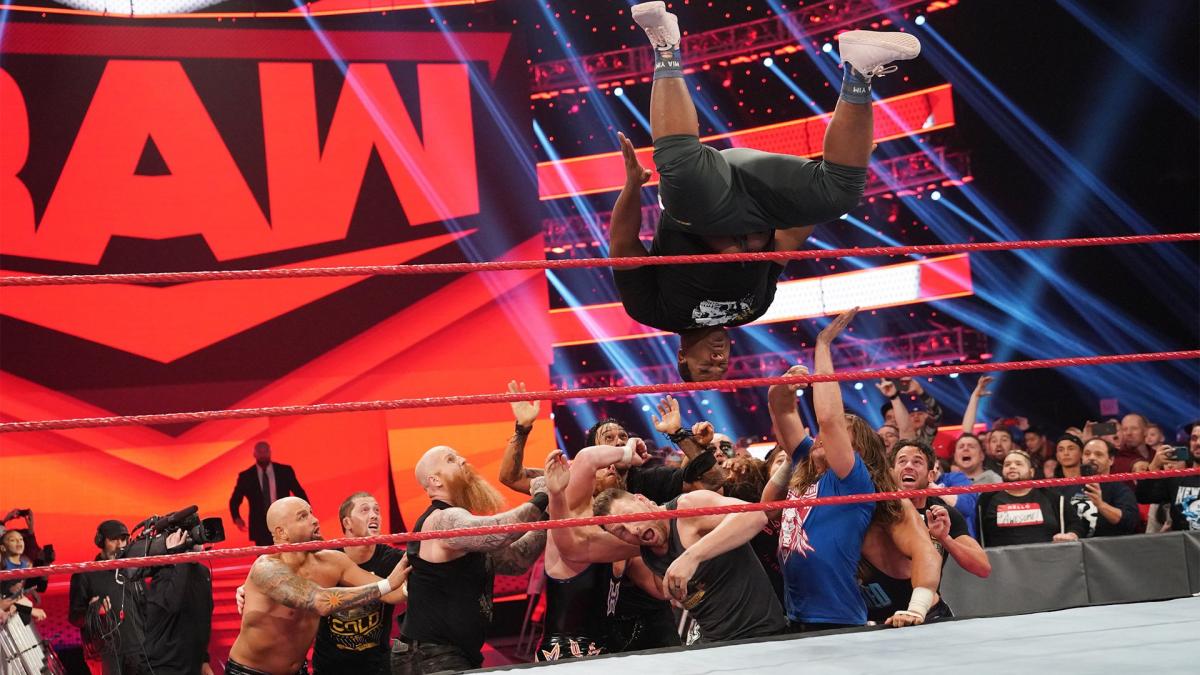 I see a few options here…

All the random folks Brock Lesnar attacked on his way to the announce position.

Dio Maddin, for eating an F5 through the announce position.

And then those wonderful East Hampton Polo Boys…which made me think of the Mean Street Posse.

I’d have to go with the assault of Lesnar by Mysterio. It was thorough, it was impressive, and a bit surprising considering a couple weeks ago Rey was nursing an arm/shoulder injury. Mysterio got himself a shot at the WWE Championship at Survivor Series (which, considering the other champion versus champion versus champion offerings we’ve been seeing, makes you wonder what we would get as a swap for the major title triple threat offering…can’t see Brock (or Rey) doing double duty.

I would like Rey Mysterio as the WWE Champion. #RAW #SurvivorSeries pic.twitter.com/J2yXExgPms 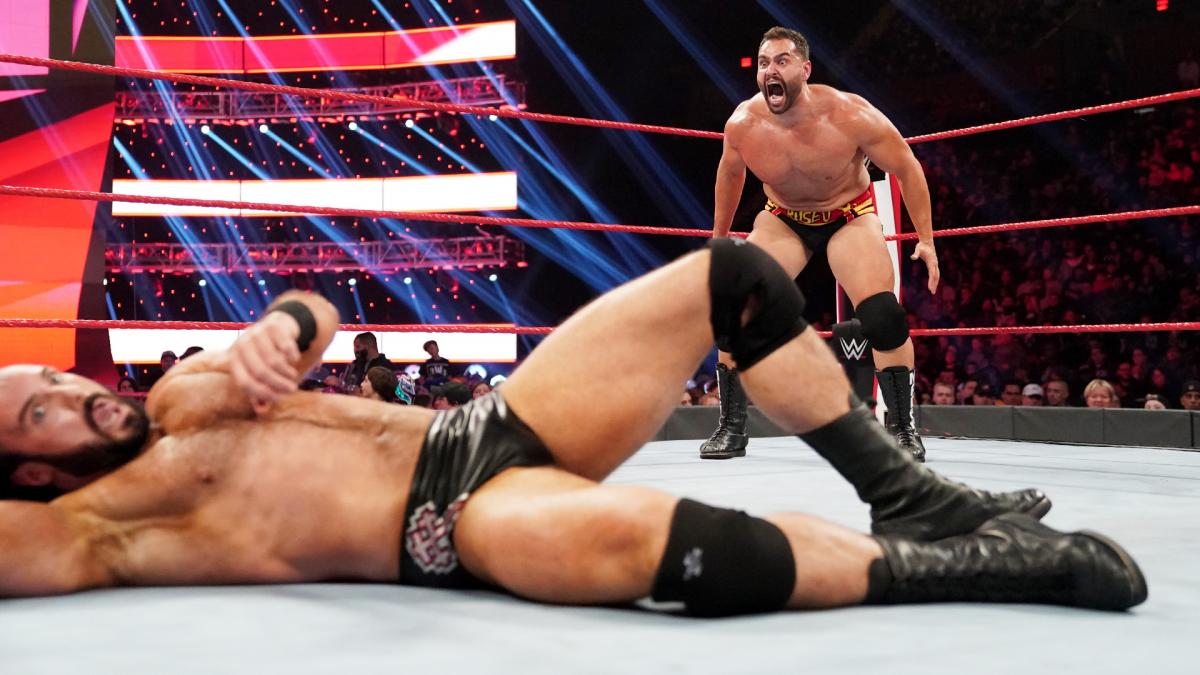 Not a botch, per se, but Rusev didn’t look all that crisp a few times during his match 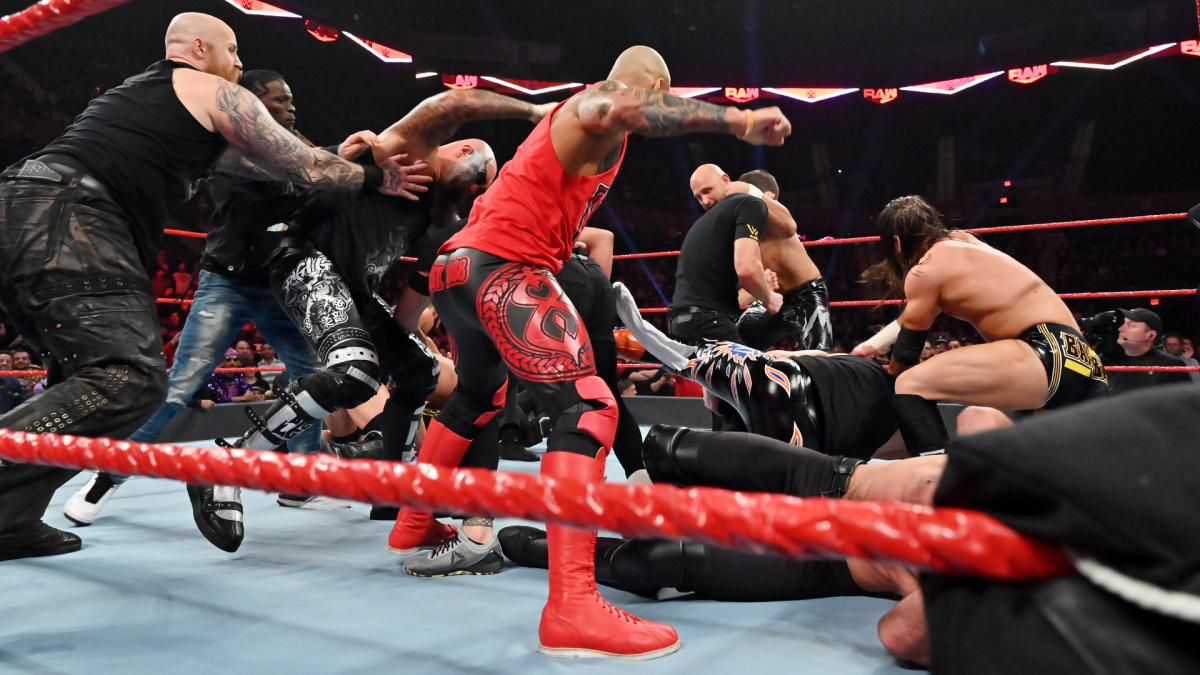 The NXT TakeOver continued, as Undisputed Era and plenty of others got involved on RAW. And, for the second main roster show in as many shows, Adam Cole was in the main event. Many of us may have already known just how great the talent was for NXT…but now they are getting to show off a lot more. I am sure WWE is hoping this boosts ratings on Wednesdays, but boosts for the other nights would be nice too. 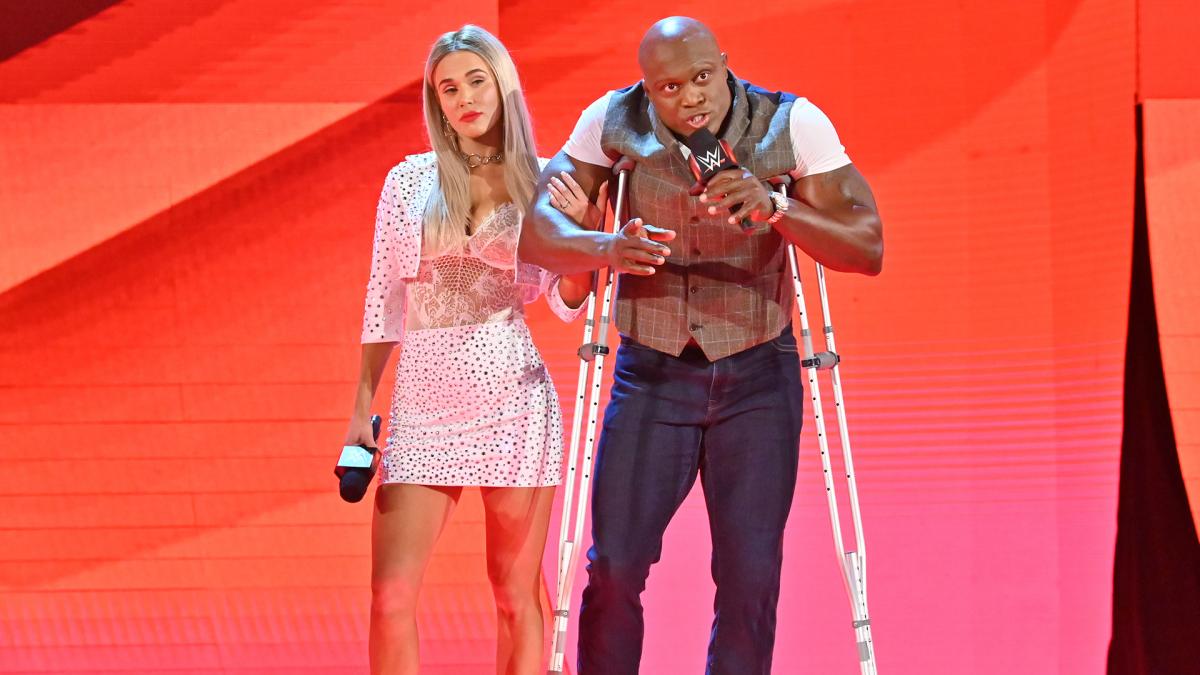 For me, this continues to be the Lana/Lashley/Rusev angle. Not a fan, never will be.

The NXT Takeover angle could be a shot in the arm that the main roster needed. For me, at least, it’s great to see it. I’ve long been a fan of NXT, and this just proves (I think) that the talent there is as good and as capable as many on either main brand. If WWE’s intent of all this was to say “NXT is a 3rd major brand”, I do think they achieved that.

Take my money for this. pic.twitter.com/6HTK6UpPMO #WWE #Raw

WWE is quickly building things for Survivor Series, which is already just two weeks away. Loving the involvement of NXT in the show as it just feels new and exciting. I do hope we still get some WarGames matches (whether they involve all three shows or not), as the last couple have been extremely entertaining.