Inside The Mauro Ranallo And Corey Graves Twitter Feud

Much has been written about the Mauro Ranallo and Corey Graves feud. Recently, Corey has apologized, but is an apology really enough?

During NXT TakeOver War Games, Corey Graves made some disrespectful statements on social media. He made a thinly-veiled insult at Mauro Ranallo, NXT’s resident commentator. Even though Graves has now apologized, many people wonder if it is enough.

Where The Feud Between Corey Graves And Mauro Ranallo Began 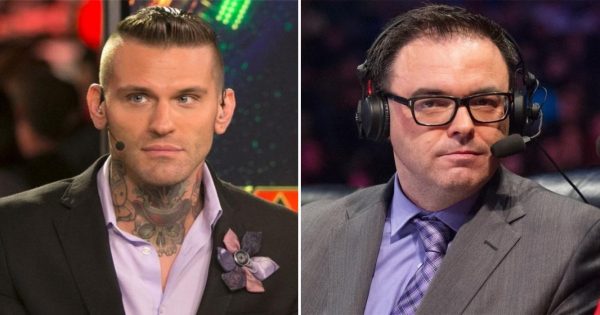 To understand the massive fan reaction this story has drawn, it is vital to look at how it all began. It all began at NXT TakeOver, where Corey Graves wrote some insults addressed at Ranallo on social media.

Graves would also make fun of Ranallo’s Chicago rap references. It seemed to have shook Mauro, as he did not appear at Survivor Series. The WWE claimed the reason was that he blew out his voice at TakeOver, but this now appears to be untrue. After all, Mauro did not appear at NXT yesterday either. In other words, Mauro might be more affected by the comments than the WWE want to let on.

Corey Graves Finally Apologized To Mauro Ranallo For His Comments 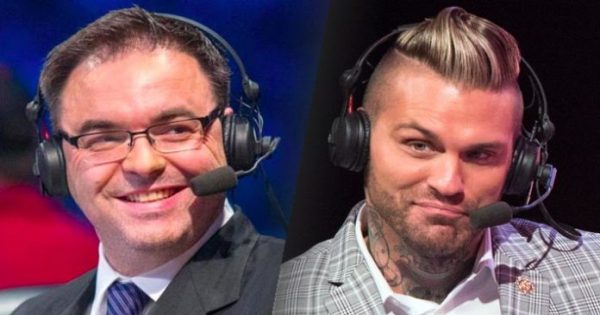 Even though it took him four days to do so, Graves would eventually released a rather thin apology on social media.

“This past Saturday during the Takeover WarGames event, I sent out a tweet. It was an unpopular opinion, as I often do with the intention of just stirring up a little controversy, maybe have something fun to talk about on TV or here on the show. It was maybe not the most professional way to go about things, and it was never meant to offend or disrespect or disparage anybody. That was never my intention. If it was taken as such, I apologize deeply. That was not my intention. I would never intentionally cause anybody any undue stress, especially a coworker. So I apologize.”

So, let’s talk about this “apology”. I do not think it is genuine at all. Even though that is my personal opinion, you have to consider that it took Graves four whole days to make this apology. He also did it on social media, so I wonder if he apologized to Mauro in person. I am inclined to believe that he was forced to write it by WWE management.

Because of the tweets during NXT TakeOver War Games, Ranallo deleted his social media account. Giving the timing of it all, it is difficult to believe the “official” statement from the WWE. 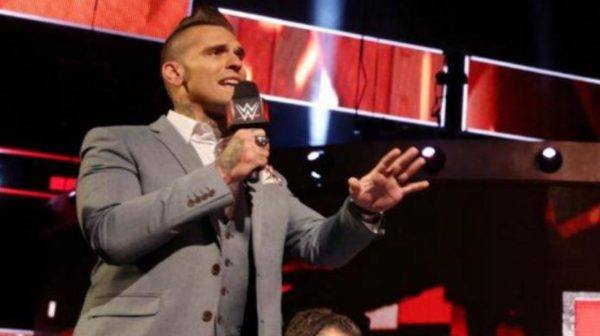 It is safe to say that Corey Graves holds others to different standards. When he released his comments on Twitter, Mauro’s friend and manager Frank Shamrock responded with the following:

Ironically, Graves responded with this tweet. Corey Graves released his tweet about Mauro, and did not talk to him about his so-called grievances on commentary. So, it would seem Corey likes to think that different rules apply to him. Evidently, the WWE Universe had some suitable replies.

Instead of calling me? Or actually coming to TV to discuss things like grown men?

Did you think to discuss things with Mauro in person as opposed to taking passive aggressive (and wildly hypocritical) jabs against him on social media? Like "grown men" and all that jazz? 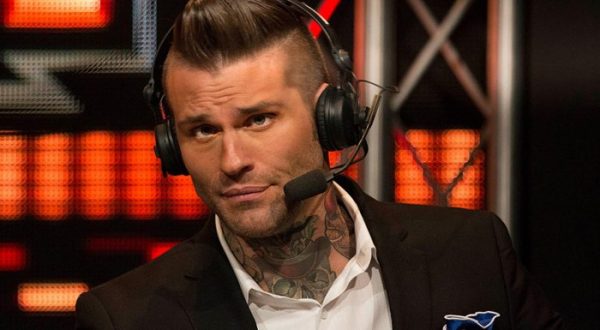 Wrestlers and other WWE staff are quickly to call upon the “social media internet warriors” phenomenon. Whenever criticism is posted up, they are quick to call fans internet warriors or “trolls”. While there will always be some internet warriors responding to news, there are a large amount of surprisingly insightful comments from the WWE Universe to the Mauro and Corey situation.

Dude I followed you from Australia on LiveJournal as a kid I looked up to you! And you do this? As someone who was on the verge of suicide not all that long ago yourself Mr Graves you should be considerate of Mr Mauro and his mental health struggle that he lives with daily

No one is complaining but you. We love Mauro Ranallo's commentary. If you were so bothered about Mauro talking too much on commentary, why didn't you just tell him that in person instead of ranting about it on Twitter. Maybe Mauro would've reacted better to your criticism.

Corey thinks this is a hot take a getting heat because he’s living in that same bubble Seth lives in where they think a negative reaction is heat… no, it’s not. It’s being a terrible human being. I parked next to the Be A Star truck tonight. I wasn’t shocked Corey isn’t in it.

While I agree with most of the reactions from fans, the reactions talking about Corey cheating on his wife and having an affair with Carmella are completely unfair. This has nothing to do with the feud between Mauro and Graves, and attacking Corey’s personality does actually does not contribute anything. Evidently, these are people that would be classified as “internet warriors”.

Doing It For Attention? 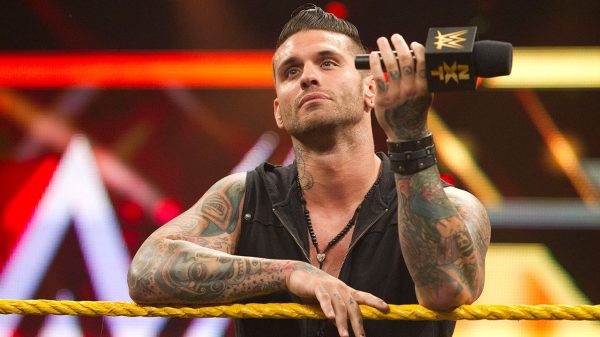 A lot of fans seem to believe that Corey is all about getting attention. Looking at some of Corey’s past statements, it might not be out of the question.

The wrestling world is a highly competitive industry and people in it will do almost anything to get the spotlight on them. This does not only apply to wrestlers, but also the commentators. So, this behavior is not that unusual. Of course, this does not make the behavior acceptable or okay. It can, however, provide an explanation for situations like this. Maybe individual people are not what needs to be tackled in the WWE, but the company itself?

Social media can be a great tool for communication, but it can be a tool of devastation too. It is all too easy to post something as social media that you may see as funny, but others find offensive. We live in a society where few people think before they speak, or rather tweet. 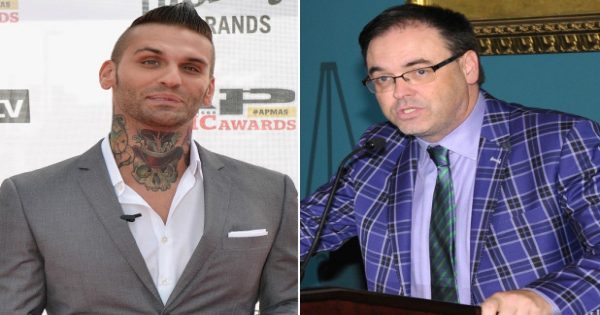 When it comes to Graves, we have to remember that the guy is not completely bad. After all, he has been a massive supporter of women’s wrestling and even commented on the lack of women’s wrestling in Saudi Arabia. Did he make a mistake? Of course he did. However, I do believe this should be solved between Graves and Ranallo. There is no point in tweeting apologies, this needs to be resolved in person.

Earlier, I mentioned how the culture in the WWE could cause situations like this. After all, Mauro has been the victim of bullying before. Other wrestlers have too, including The Miz.

Being a big supporter of anti-bullying campaigns, it is unbelievable that this kind of behavior goes largely unpunished in the WWE. That being said, I do not think a lot will change without altering how things work within the company.

The WWE is a massive company with lots of employees, so bullying can occur on every level. Bullying in the workplace has become very unacceptable, but this has turned into a culture of passive aggressiveness, where workers can hide behind so-called “misconstrued messages”. It is easy to release some passive aggressiveness into the universe. You can later claim it wasn’t meant that way. People need to start taking responsibilities for their actions and learn to respect one another. It does not matter if you are a highly-paid commentator, an office worker, or a labourer, bullying is not okay. Treat others the way you would like to be treated and the world will be a better place.

The Snyder Cut For Dummies: What is Zack Snyder’s Justice League