Is Corey Graves the Real Reason for Mauro Ranallo’s Absence?

The WWE already gave their official reason why Mauro Ranallo was absent from Survivor Series. However, Corey Graves could be the real reason.

Mauro Ranallo was noticeably absent from Survivor Series. The WWE claims he blew out his voice at War Games, but others believe that Corey Graves is the real reason behind his absence. Here’s the story.

During NXT TakeOver War Games, Corey Graves posted a twitter message that seemed to be directed at Mauro Ranallo. As you may know, Mauro has been accused of talking over his colleagues in the past during commentary. Then, Corey posted this on social media. The next day, Mauro was noticeably absent from Survivor Series.

Graves didn’t stop with this single tweet though, he also replied to @TravisReilly, stating that Mauro had made too many Chicago rap references. Evidently, it is not acceptable for a commentator to talk about another commentator this openly and on social media.

Far, far too many.

Official Statement From the WWE 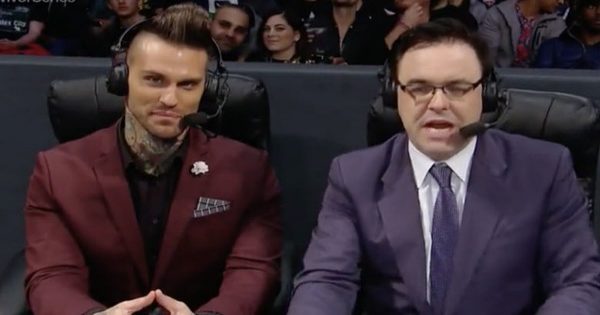 Despite the controversy surrounding the tweets at this point in time, the WWE has released an official statement regarding the absence of Mauro Ranallo at Survivor Series. They claim he “blew out his voice.” However, there is evidence to the contrary. 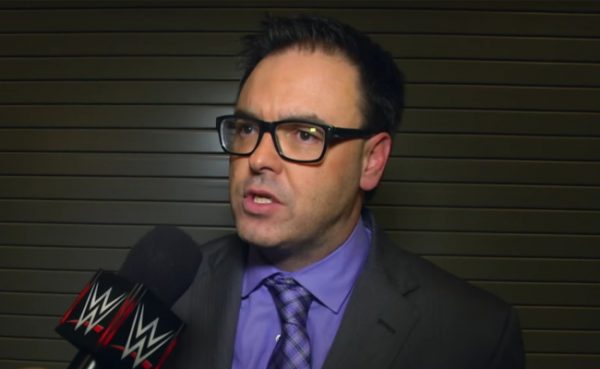 Since the Twitter incident, Ranallo has removed his Twitter account. The timing of this is quite obvious. Nevertheless, the company claims that his absence from Survivor Series has nothing to do with the tweet.

Frank Shamrock, Mauro’s friend and manager, responded to Corey Graves’ tweet with this social media message. As you can imagine, he was outraged by the statement made by Graves on social media.

Shamrock was not the only outraged party, as many fans have put their response on social media as well. As you may have guessed, there was a tremendous amount of support for Ranallo.

You really are just unnecessarily crude. Honestly, try being professional. If you really feel this and think it’s a detriment to the product, bring it up where it belongs. You know the man deals with mental health issues. You don’t have to actively make it harder for him.

How's this acceptable? Professionals discuss issues with their colleagues face to face. They don’t take cheap shots on social media making it into a ridiculous public spectacle for the company and for the employees involved. 30 years versus 5 years experience. No contest, Corey.

If you feel so strongly about this, DM Mauro, text him, or tell him in person. Posting this about your colleague on Twitter is totally unprofessional. You hurt him, you put Beth and Nigel in the middle, and you’ve made yourself out to be a bully. It’s bad for the entire company.

Mauro Ranallo has not had the best time since his arrival in the WWE. Some of you may know that he originally started as a commentator on the main roster  alongside JBL. After some time, Mauro had to take time off work and it was revealed JBL was bullying Mauro. Shortly afterwards, he was placed on the NXT brand. Several months later, JBL left World Wrestling Entertainment to focus on “philanthropy.”

Ranallo seems to have found his place with the NXT crowd now, as he has a huge following. In fact, his “mama mia” shout has become a crowd shout as well. Still, trouble seems to follow Ranallo each time he is forced to commentate on the main roster.

While I do not know if Graves meant any harm with his original tweet, his second tweet referring to the fact that Ranallo made too many references to Chicago rap was unprofessional and unnecessary. It’s so easy to become a bully on social media and a lot harder to be a good person. While we still have to wait to see how this situation unfolds, I think Frank Shamrock’s tweet and Ranallo removing his twitter account speaks volumes.