Former superstar Carlito was recently offered a chance to return to the WWE, and AJ Styles will defend his U.S. title at Crown Jewel. 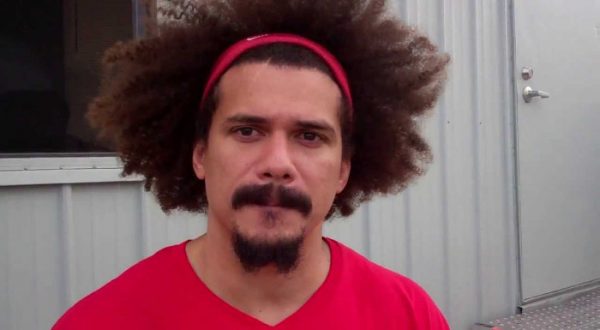 According to Savio Vega, the WWE attempted to bring back former superstar Carlito for a run with the promotion.

Carlito is currently competing in Puerto Rico under the name Carlito Colon. He was released from the WWE in 2010.

Vega told Hannibal TV that he tried to push Carlito to take the offer and return to the promotion.

““They tried to get Carlito back, I talked to him last week,” Vega said. “I said, ‘Brother, just go up there and get a contract. Get whatever money it gets higher every year or whatever.

“Because you’re not gonna make that kinda money on the street. Make some money, live okay, it’s good. If you have the opportunity then do it.’”

With reports #WWE is reportedly looking to re-sign Carlito.. how would you want to see him being used? pic.twitter.com/m1PyiRTQ4m

He joined Ohio Valley Wrestling in 2003 before moving to the WWE and becoming United States champion in 2004. He defeated John Cena in his first match on the main roster, defending the belt successfully against the likes of Rob Van Dam, Eddie Guerrero and Rey Mysterio.

Along with the U.S. title, Carlito also captured the Intercontinental belt and the tag team titles with Primo.

The lineup for t continues to come together, as the WWE announced plans for a 20-man Battle Royal. The event takes place next Thursday from the King Fahd International Stadium in Riyadh, Saudi Arabia.

The Battle Royal will open the show, with the winner earning a shot at United States champion AJ Styles later in the night. No entrants have been announced for the event.

We’ve got some 🚨 BREAKING NEWS 🚨 on #WWETheBump!

Styles, in his third reign as U.S. champion, won the belt in July at Extreme Rules over Ricochet. His two previous runs with the belt came in 2017 and lasted less than 100 days total.

An awful long way to travel.
A whole lotta competition to get through.

Crown Jewel will feature Brock Lesnar defending the WWE title against Cain Velasquez and a Falls Count Anywhere match for the WWE Universal title between champion Seth Rollins and “The Fiend” Bray Wyatt.