The Best And Worst Celebrity Appearances During The Attitude Era

Tyson Fury and Cain Velasquez are not the first celebrities to appear in the WWE. After all, the attitude era was filled with celebrity appearances.

Triple H and Arnold Schwarzenegger had a genuine feud during the Attitude Era. During SmackDown Live, Triple H would confront Arnold, who was in the commentary booth. Arnold would then give HHH a serious backhand, a clip that went down in WWE history. Needless to say, this was one of the best segments in wrestling history. 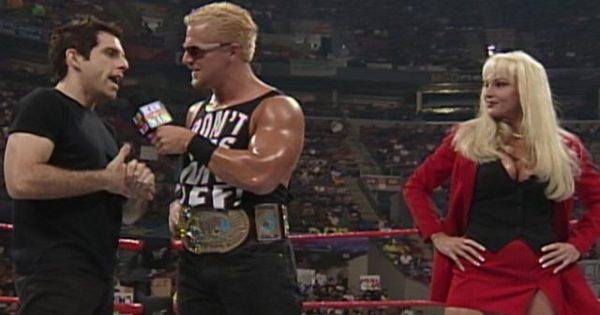 Despite the fact that Ben Stiller is one of the most famous actors in the world, his appearance during the attitude era flopped. At the time, he appeared to promote his latest film Mystery Men.

Ben Stiller’s appearance involved a segment with Jeff Jarrett. It led to Stiller being put in a figure-four leglock, but not much else. Despite the acting talents of Ben Stiller, the WWE could not deliver a memorable moment. Up until this day, the Ben Stiller segment is hardly ever referenced or used within the WWE. 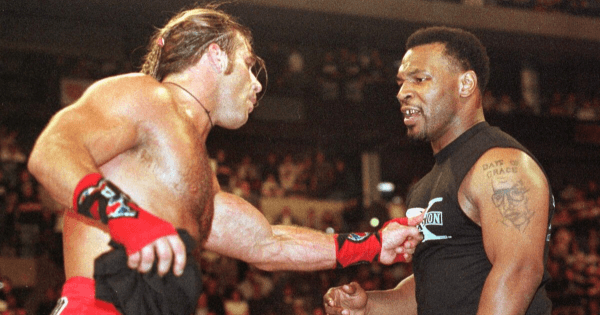 Mike Tyson’s appearance during the Attitude Era is one of the most memorable ones. Opposed to Ben Stiller’s appearance, Mike Tyson was involved in a proper storyline heading into WrestleMania. His presence would also have a serious impact on the outcome of the championship match between Shawn Michaels and Steve Austin.

After his appearance during regular WWE programming, Mike Tyson was assigned as the match enforcer. While everyone believed Tyson was gonna rule in favor of Shawn Michaels, he would eventually call it in favor Stone Cold Steve Austin. An outcome for WrestleMania nobody saw coming. 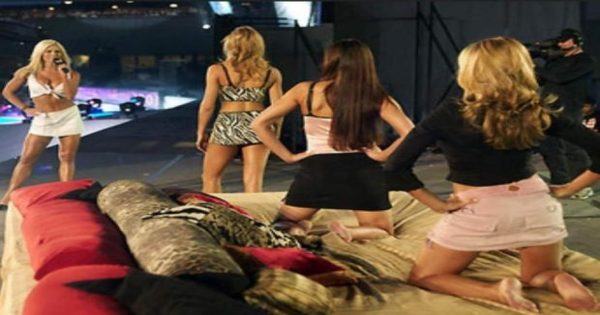 During the Attitude Era, there was a Miller Lite commercial that became extremely popular. It was so popular, it catapulted the girls in the commercial to celebrity stardom. Evidently, this story was not a success.

At the time, the WWE believed that booking the girls would be a smart thing. They believed it could be so successful, they booked the girls in a match for WrestleMania XIX.

Miller Lite girls Kitana Baker and Tanya Ballinger would challenge Stacy Kiebler and Torrie Wilson at WrestleMania. The “challenge” would take place on a bed. This was a gimmicky match that is unworthy of the women’s wrestling division. Unsurprisingly, male management backstage decided this would be a good idea.

Limp Bizkit Throughout the Years

It all started with a promo for the match between The Rock and Stone Cold Steve Austin during the Attitude Era, for which Limp Bizkit did the music. The promo left a lasting impression though, as the band would be involved in storylines for years to come.

Limp Bizkit appeared at WrestleMania XIX, and gave their song “Rollin” to The Undertaker. The Undertaker transformed himself into the American Badass. During his entrance, he would ride down the ring on a motorcycle accompanied by Limp Bizkit music.