The Undertaker Reveals He Used To Hate Shawn Michaels

The Undertaker and Shawn Michaels were not always the best of friends. In fact, The Undertaker has now admitted he used to hate Michaels.

During their feud in the 90s, the backstage relationship between Shawn Michaels and The Undertaker had taken a serious hit. In fact, The Undertaker has now revealed that he genuinely hated him back in the day. While it is no secret that The Undertaker and Shawn Michaels did not get along during the 90s, the extent of their dislike for one another is not as widely known. Now, Taker has spoken out about his dislike for him. In the same breath, he also admitted that their current relationship is a whole lot better than it used to be.

“Where Shawn Michaels and I are today and where we were at back then on a personal level… it’s taken a complete 360. If Shawn Michaels back then was on fire, I probably wouldn’t p*** on him to put him out. That being said, there is no one that I would rather be in the ring with than Shawn Michaels. When it came to bell time and we were looking across the ring from each other, you knew it was going to be something really special.” According to The Undertaker, there was no real event that caused the problematic relationship between the two. According to Taker, they just had two very different personalities. While Mark (Undertaker) was quite reserved and quiet, Shawn Michaels was loud and outgoing.

An interesting incident between the two allegedly took place backstage at WrestleMania XIV. It is claimed that Michaels wanted to sabotage Stone Cold’s title opportunity by refusing to lose to him during the match. The Undertaker allegedly balled his fists and threatened to beat up Michaels if he did not do what he was told. Even though Shawn Michaels has denied the incident, a lot of people who witnessed the incident backstage claim it did indeed happen.

According to people backstage, The Undertaker had serious problems with Shawn Michaels’ unprofessional behavior. And, that is the real reason why both men clashed in the 90s. Shawn Michaels has admitted in the past that he was rather difficult to deal with during this time of his career. So, the story would not be totally surprising if indeed true. 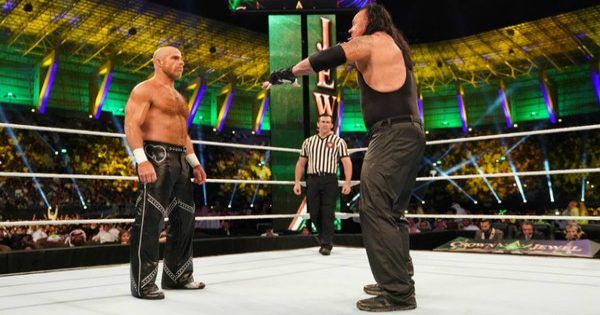 The Undertaker is not yet officially retired from wrestling, but Shawn Michaels has announced his retirement multiple times. Recently, he has admitted he does not have the intention to perform in the ring again. Of course, never say never with the WWE.

Michaels and The Undertaker had some of the best feuds in wrestling history. So, maybe their natural dislike for one another truly helped them to put on the best matches of their career.