Drew McIntyre's absence from the WWE ring has been quite noticable. Now, it has been reported that Drew has suffered an injury. Here's the story!

There have been persistent rumors that Drew McIntyre has been suffering from a lingering injury for months. It now appears that the rumor was true and that the WWE wanted McIntyre to undergo minor surgery to prevent further problems.

Minor Surgery, But Should Be Back Soon 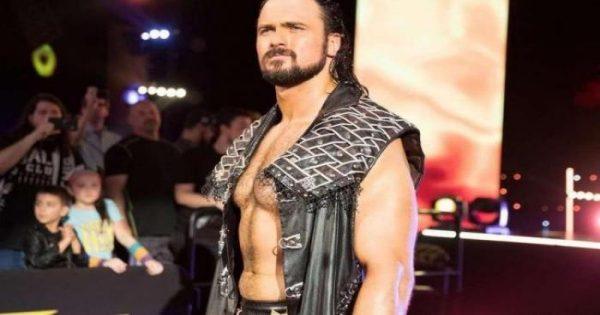 Since Drew McIntyre’s surgery was only minor, he should not be away from the WWE ring for too long. In fact, WWE wanted him to have the surgery so he could be back for the later half of 2019. Then he could be present for the buildup for WrestleMania 36.

According to the most recent reports, McIntyre only needs to be cleared by WWE doctors at this point. It is expected that he will return within the next couple of weeks. However, his participation in Clash of Champions seems doubtful at this point.

‘The word is he should be back as soon as WWE doctors clear him, which may be as soon as the next set of TV tapings.  We are told McIntyre is ready to return already and it’s WWE’s call as to when that will be.’ – PWInsider.

As things stand now, Drew McIntyre should return just after Clash of Champions, give or take a week or two. There is no real reason why McIntyre should not be back soon.

Despite the setback of the injury, the reports do provide some telling information about Drew McIntyre’s future. As the WWE want him to get this surgery out of the way now, it is clear that they have some big plans for Drew McIntyre for next year’s WrestleMania.

Since his return to the WWE, McIntyre has become one of the most stable heels on the Raw roster. He is also brilliant on the mic, which makes him stand out from most other superstars.

Despite his popularity and his outstanding heel persona, McIntyre still needs to be placed in a title position. I consider him to be on the A-roster, but he still lacks any serious title opportunities.

Over the years, the WWE have been rather struggling to find interesting storylines involving Drew McIntyre alone. While he was involved in the storylines with Shane McMahon recently, I am still waiting to see the Drew McIntyre I knew and loved from NXT. I’ve seen a glimpse of the old Drew, but his character certainly needs to be put in the spotlight for the next couple of months. Once he returns from injury, I hope this will indeed happen.