Is Sasha Banks Returning To Wrestling In Time For Summerslam?

Sasha Banks has been away from the WWE for quite some time now, leaving many fans wondering if she will return. However, she could be back for Summerslam!

Shortly after WrestleMania 35, Sasha Banks allegedly walked out of the WWE after being forced to drop the women’s tag team championships to the IIconics. Banks and Bayley were promised a lengthy reign, but it was not meant to be. If you are not up-to-date with the situation, or curious about when Sasha Banks will return, be sure to read on.

Disputes Between Sasha Banks And The WWE 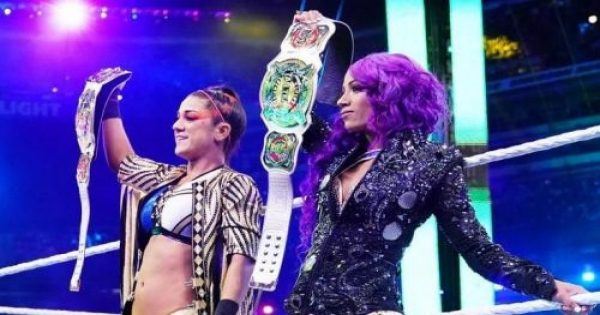 For those of you who are not up-to-date with the situation, it all started at WrestleMania, as we described in the introduction. Sasha Banks allegedly wanted to quit the WWE, because she lost the tag team titles to The IIconics. While she has denied the rumors, it is quite unusual for Sasha Banks to be away from the WWE for that long, which indicates there is some truth in the matter.

Over the past couple of months, there have been alleged discussions between Sasha Banks and the WWE, who are attempting to get her back on WWE television. It seems like the conversations have had some effect though, as there are rumors Banks will be back soon.

Sasha Banks Is Advertised For Summerslam

Even though there has been some problems with Sasha Banks, she is currently advertised for Summerslam. A local advertisement for Summerslam in Toronto, Ontario features Banks on the poster; this could indicate that Banks will be returning to the company shortly, as Summerslam is set to take place on August 11.

In the meantime, Banks is making sure she is not forgotten by posting lots of photographs with indie superstars on social media; this includes Noamichi Marufuji.

can you believe it?

i worked out with Sasha Banks at GOLD’S GYM💪😆✨
and after that,we ate sushi🍣
good protein and carbohydrates💪💪💪

There has been a lot of controversy surrounding Banks over the past couple of months, so I am hoping the drama is over now. Banks is a talented wrestler, but the drama just overshadows everything. Let’s hope that’s the last of the problems coming from Banks this year.