Super Showdown Is A Super Example Of WWE Woes

Super Showdown was last week. It was also a very clear example of anything and everything that is wrong with the WWE nowadays.

Super Showdown took place just about a week ago, as I sit down and write this piece. I was not unfortunate enough to watch it live (I was flying, so I caught it in progress). By now, you likely realize that the show was not worth catching, not live, not via replay. It was terrible, to be blunt. It had issues on a variety of levels-some issues could be avoided, some could not be. At the end of it all, even looking back a week later, one thing is abundantly clear: Super Showdown is a super example of WWE woes. Let’s take the show apart and see what went wrong. 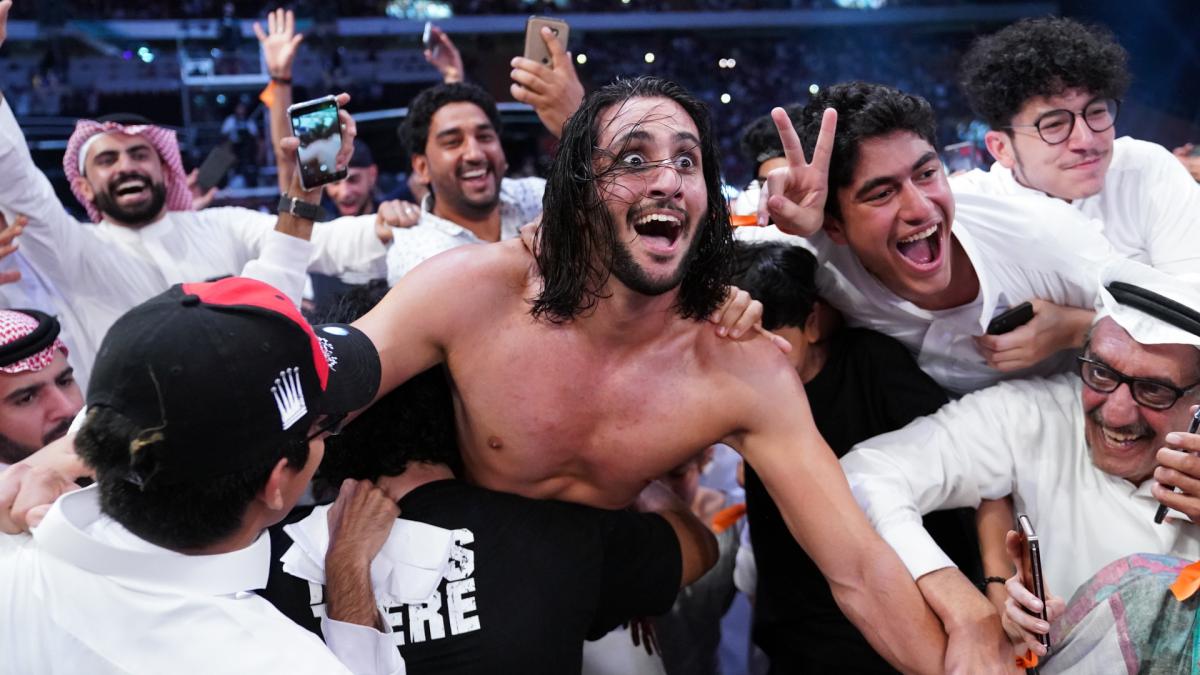 Now, look, I get it. Vince McMahon didn’t become a billionaire by making bad decisions when it comes to business. If business in America is sagging…and business in Europe isn’t what it was…but you have rich people with deep pockets willing to spend lots of money to bring you to town a couple times a year? You jump at the opportunity. I don’t blame him for doing it at all, and I’d bet that the majority of those collecting paychecks funded by the Saudi money don’t either.

That being said, the greed seems to be clouding his judgement or something. We all know the issues WWE dealt with last year during their first set of trips to Saudi Arabia. Now, while the controversy wasn’t as bad this time, there were still issues. Superstars didn’t want to go. Some Superstars weren’t allowed to go. While in the coffers, the decision probably looks good…outside of that, it does not. Sure, in four or five years, or at the conclusion of the deal, things might have made a nice change and the pains of the first couple years could be but a nice footnote in history.

For now though, this looks like a greedy and shameless cash grab-one with little to no redeeming qualities. 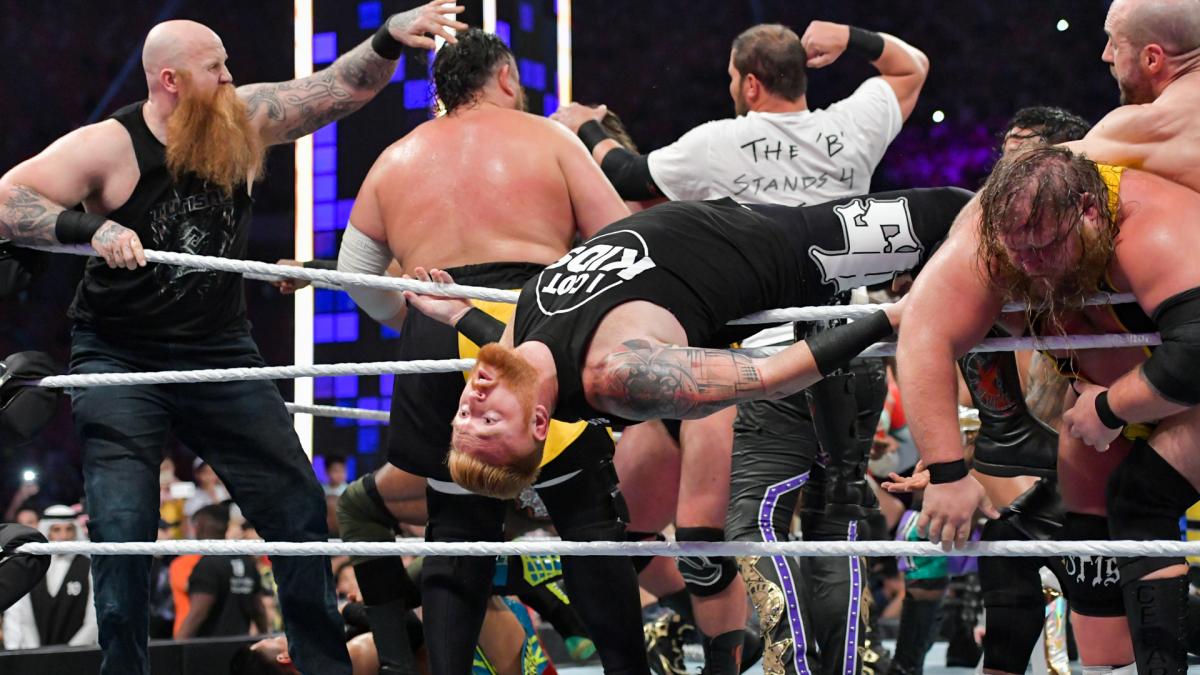 This one we can all harp on, but it’s one that no one could control…sort of.

I say sort of because, well…weather is kind of known. As in, you have a general idea of what the weather should be like at certain times of the year. While WWE cannot control the weather, they could plan better to avoid the really hot times…and they could also seek out a smaller venue that is enclosed and has cooling (fully honest, I don’t know if one of these is actually available in Saudi Arabia, so if it’s not…I can retract this item).

I bring this up because it was a long show-like, really long. WrestleMania long. And it was exceptionally hot. Hot, plus a long show, plus physical exertion? It’s a bad mix, and WWE is quite lucky none of it’s Superstars suffered a heat related illness (that we know of). 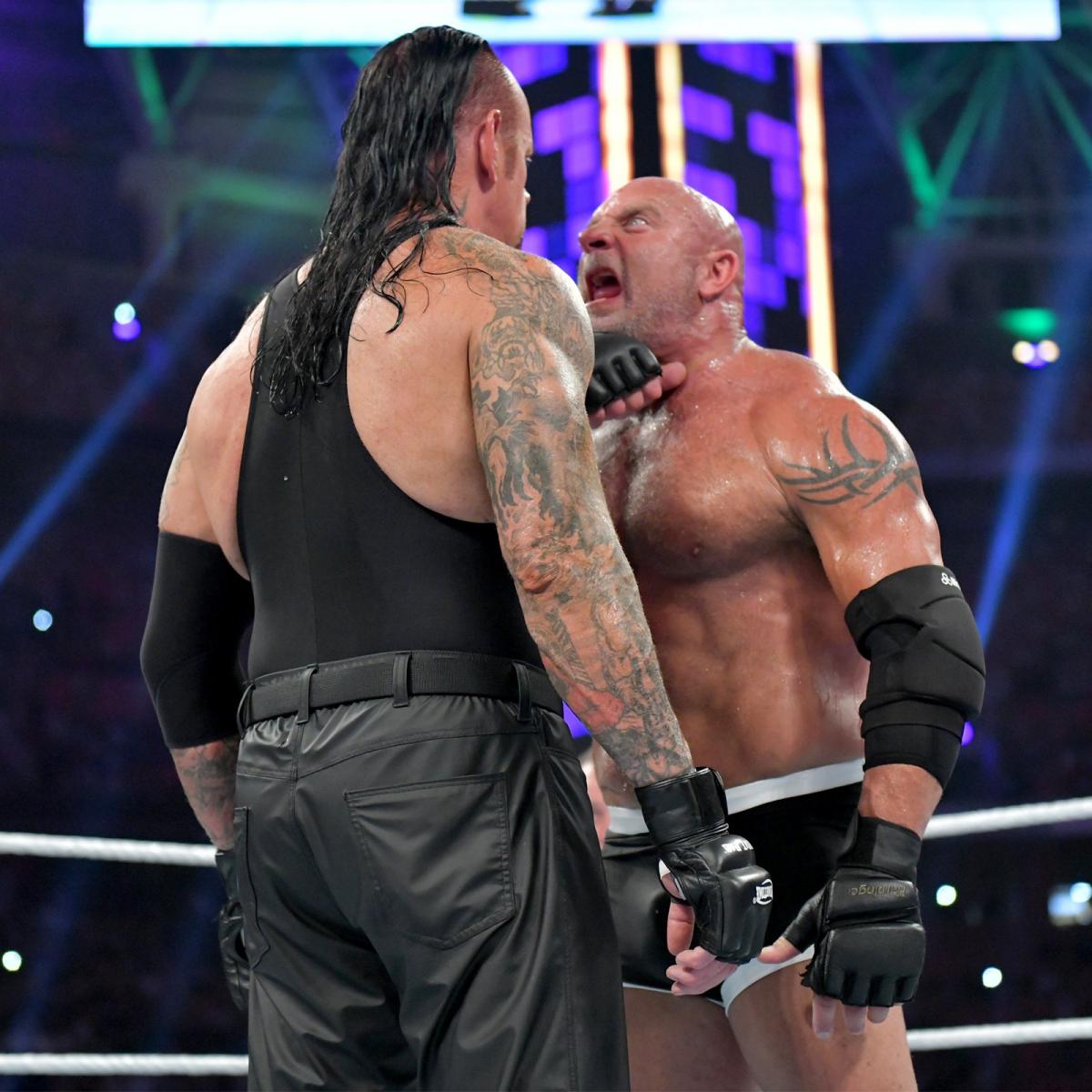 This one is a bit of a challenge to dissect, but we can try.

In general, the booking was like that of a sub-par house show. Hey, that’s fine. Plenty of people LOVE house shows…especially folks who don’t often get WWE in their area. That kind of booking IS a problem, however, when WWE hypes up the event to be “as big, or bigger, than WrestleMania”. Sizewise, maybe. Length of show, number of matches? OK fine. The comparisons end there.

Then we have the garbage that was Undertaker-Goldberg. Plenty of other lousy matches, to be fair…but this one as the main event was terrible. It was one of the most botch-laden matches I can recall. The heat did not help. The age and conditioning of the Superstars no doubt did not either. Goldberg getting concussed early on further doomed this match. That said, this match wouldn’t have been so atrocious if it was booked at like, the middle of the show. Pay the guys like they are in the main event, sure. But have the spine to acknowledge that, from a talent level, they just cannot go anymore. Not to the extent that they deserve the main event.

Plenty of other questionable moves though. The Rollins/Corbin/Lesnar fun was a mess, and it was that way before Heyman tripped during a possible cash-in. The lack of women’s matches sucked, as yes, I think a women’s match or two could have buoyed the card. Having an aging Shane McMahon dominate Roman Reigns? Bad idea. The fifty man battle royale? No thanks. Too many man, too little space. At least with the Rumble last year, we had spacing and got the fall of Titus. And while booking the hometown hero to win makes some semblance of sense…it was still questionable.

Here’s a thought, especially considering how much real estate WWE had to work with. You want to have such a huge match? Bring back the three ring World War 3 concept. Sure, change the name for so many reasons, but make that fifty man match take place in three side by side by side rings. Heck, even push the numbers up to 60, with 20 in each ring to start. Saudi Arabia wants their own signature events, and that is one that WWE will not likely ever revive. See, there’s a win/win. Sort of.

At the end, everything that is wrong with WWE came bubbling up at Super Showdown. Whether it’s Vince or a Saudi prince, there is an over-dependence on legacy stars. There’s a desire to keep things too gimmicky, instead of recognizing that your best wrestling product is pretty much “no frills”.

We all know the Saudi shows are here to stay for a while. The least WWE could do is aim higher in terms of quality. Failing that, the least they could do is push to get women’s matches on the cards. Even if the show itself is utterly terrible, at least we could hang our hats on that bit of progress, right?