SmackDown In A Nutshell: Welcome Back, Big E!

It's the first blue brand show since the debacle that was Super Showdown wrapped up. There are only a couple of shows till the next PPV, so let's get going

Greetings and salutations, boys and girls! The blue brand is back home after a long, short trip to Saudi Arabia. As badly as that show has been received, it’s a safe bet that all the Superstars are happy to be back in the states. We have all of two shows between now and Stomping Grounds, so there’s a lot of hype to squeeze in to less than four hours of television. The big news, which WWE has been running with, is that tonight marks the return of Big E to in ring action. So…welcome back again, Big E! There was an advertised six man tag match featuring The New Day, which will serve as our main event. With that said, will we see any more fallout from Super Showdown? Or will we quickly put that debacle behind us and focus on what’s yet to come. Let’s crack open this Nutshell and find out!

Let’s just start off by saying…the bar for this one is really….REALLY low. Like, a mediocre match would rank as tonight’s best. For the most part, the matches were nothing special. Short, not exciting, rather formulaic. The way WWE was hyping Big E’s re-return, you’d think they were hoping for some sort of boost…but it really didn’t do much. That said, the six man tag match that Big E took part in did end up the evening’s best match. 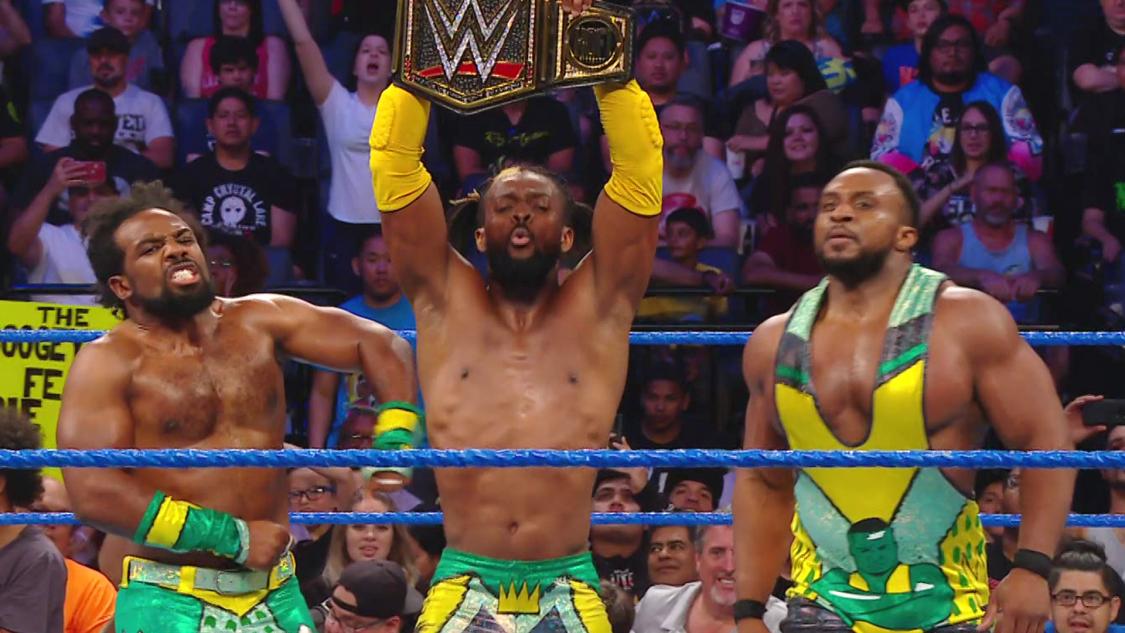 But, as I said, it’s all about perspective. If every other match on the show was relatively poor, it wouldn’t take a whole lot to become best on the evening.

Man, take your pick. Most matches were contenders for this. Honestly, maybe saying they were “worst” isn’t fair…they just weren’t exciting, interesting or otherwise compelling.

The trifecta of matches for The Miz? Not much to write home about, though at least he’s getting over as a face. 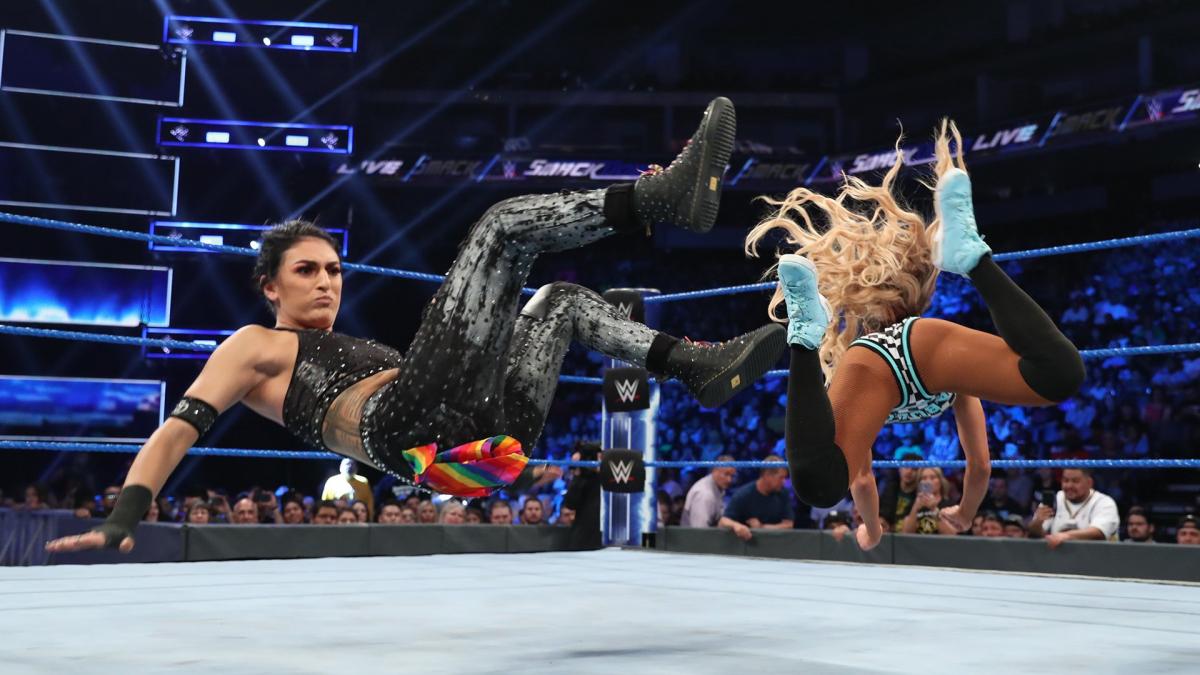 Sonya DeVille versus Carmella? Nikki Cross versus Bayley? Take your pick. Seriously disappointed by how the show turned out. 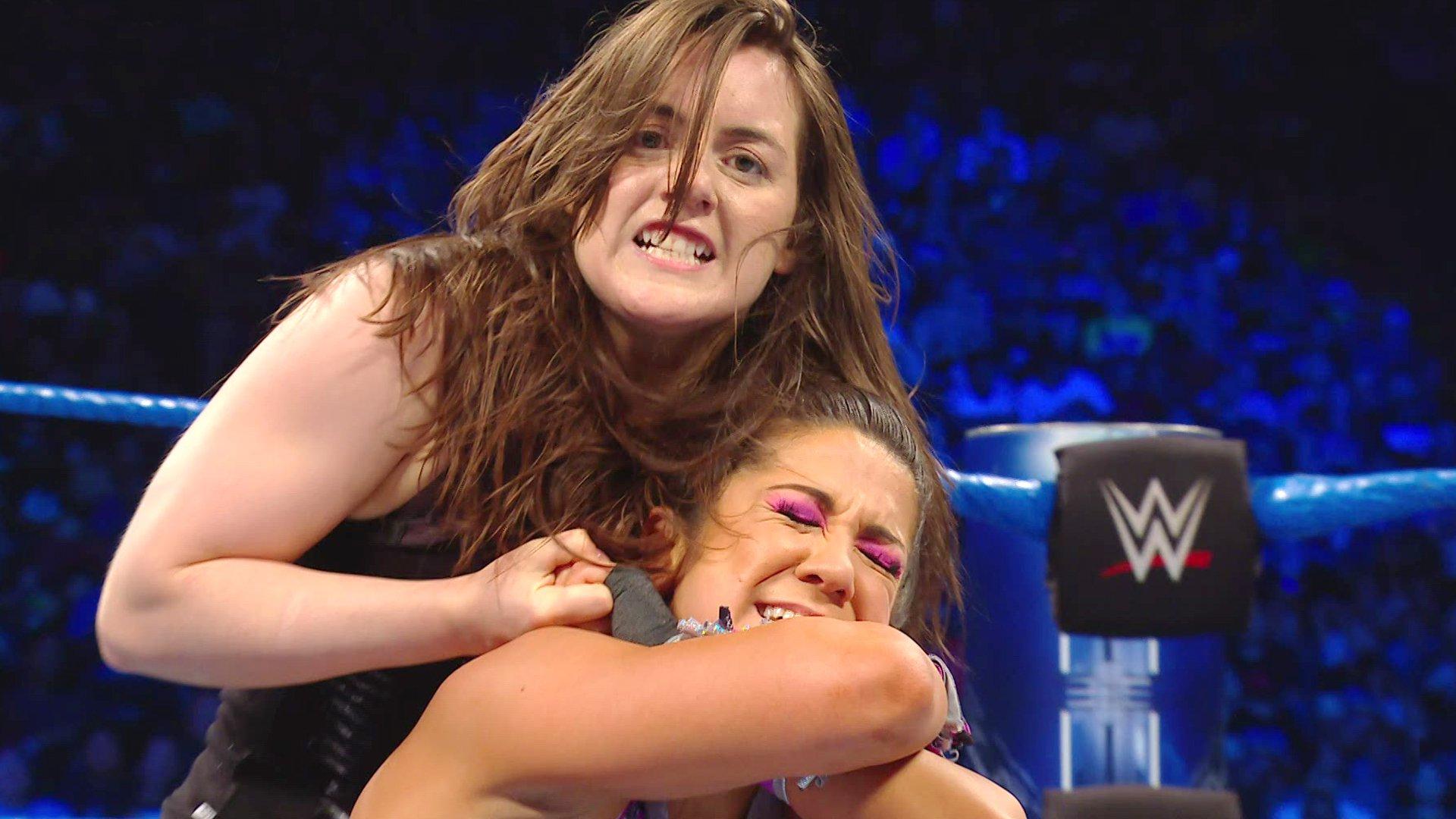 Nothing really jumped out at me. But, admittedly, I was having some technical issues on my end, so it was harder to listen than usual.

No one earned star honors tonight.

Not a spot worthy for here either

I think they were called the Yola Tag Team Champions? Whoever they were, they got fed to Heavy Machinery. They win this honor.

I’ll admit, I saw most but not all of Firefly Fun House last night…and the part I missed is what lands it here. Having Wyatt club poor Ramblin’ Rabbit, and turn him into a breakfast spread? Interesting take. Still not sure what we are supposed to think, relative to Wyatt. Then again, not sure when we will actually see him in the ring either.

Tonight’s 24/7 Championship material wins, but it wasn’t as good as last night’s stuff. Not sure if it’s running out of gas, or just an indication that it’s time for Truth to drop it…again.

Well, Big E did return, and seemingly made it through the show without injury….so that’s got to count for something right?

Most of the show. So much wrong, so little time.

WWE knows they have issues. WWE knows ratings are sagging. Yet this is the kind of show WWE trots out for us?

Get guys like Wyatt on television. The Fun House vignettes were OK initially…but now? Now they are beginning to feel like overkill.

That we only had two hours to endure, as opposed to three RAW hours.

I am glad Miz is getting over as a babyface. I am disturbed, in a sense, about Shane. He’s positioned to be one of the top heels…but he shouldn’t be.

Well,it’s getting harder and harder to tune in…or at least, that’s how it feels, right? WWE knows they have issues. They’ve blown up the brand split. We’ve got the useless wild card rules. We’ve seen them introduce a farce of a new championship. All this, but nothing has seemed to resonate with the fans. It’s as though WWE is ignoring the fact that we care less about video recaps of a bad show from Friday, or the Fun House, and more for in-ring action of the high quality variety.

Until, or unless,  WWE acknowledges the issues and strives to fix those specific issues, the product we get on a weekly basis is going to struggle to be watchable. That’s sad considering the company does have some exceptional talents on the roster…it’s just that WWE is not deploying them in a way that fans are excited about.

Braun Strowman Gets A New Look After His WWE Release (PHOTOS)