SmackDown In A Nutshell: Stomping On From Stomping Grounds

SmackDown is following on the heels of two pretty good shows in RAW and Stomping Grounds. The pressure is on the blue brand to deliver.

Hello again everyone! With Stomping Grounds in the books, it’s time for the blue brand to get back to work. They are going to be stomping on from Stomping Grounds, and as RAW did on Monday, the focus will be on Extreme Rules. It will be very interesting to see how the SmackDown brand responds to what we got on RAW the night prior. We now have two big tag matches announced for the Philadelphia PPV. One we all expected-the mixed tag match-with an interesting, winner take all, stipulation. The other seemed to come out of left field, with The Undertaker showing up to save Roman Reigns and give us another tag match, against Shane McMahon and Drew McIntyre. So, what can SmackDown do to generate similar excitement? Do we finally get an in-the-flesh return of Bray Wyatt? Some other big move? Or just two hours of the usual SmackDown fare? Let’s crack open this Nutshell and find out!

Honestly, I could not put a single match on tonight’s show in this spot. I thought about it. I tried to muster one decent match. I was not able to do so. Any match that had a chance to be good was neutered by the two out of three falls rules now in play…or something along those lines. 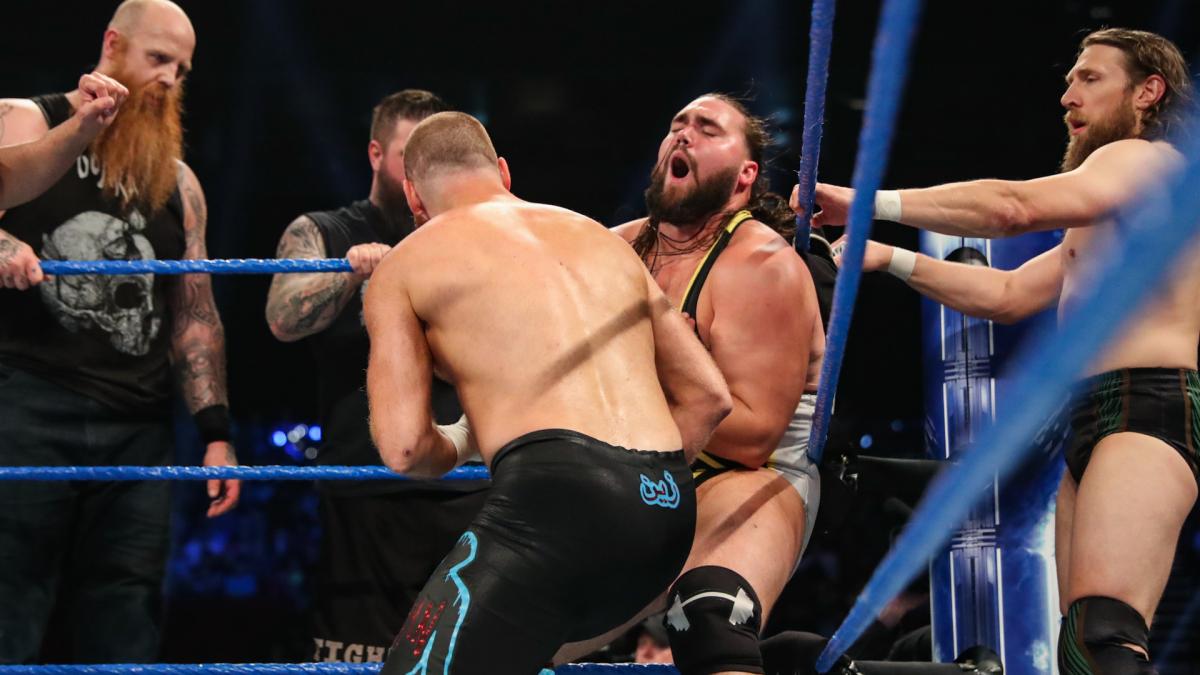 Honestly…any of them. The opening tag match was OK, but you have the tag team champions lose, and ultimately the whole match gets re-started when we have Kevin Owens and Sami Zayn interject, with Heavy Machinery answering the heels. We had two 2 out of 3 falls matches that gave us some way-too-short falls to fit an agenda, as opposed to telling a good story and figuring a way around. The women’s matches were disappointing too. OK, if I want to be generous, Nikki Cross and Bayley was decent-except, Bayley losing is bad for the belt. Ember Moon losing so quickly to Sonya DeVille, however, was just bad.

Honestly, didn’t really catch them tonight. Each successive match tuned me out more and more, which is sad considering there’s a lot of talent that worked the blue brand show this evening.

I really was going to say no way here. But then, I remembered R-Truth’s performance with Drake Maverick and the 24/7 belt…and it’s entirely possible that the hideous title that no one was asking for was THE redeeming quality of SmackDown tonight. 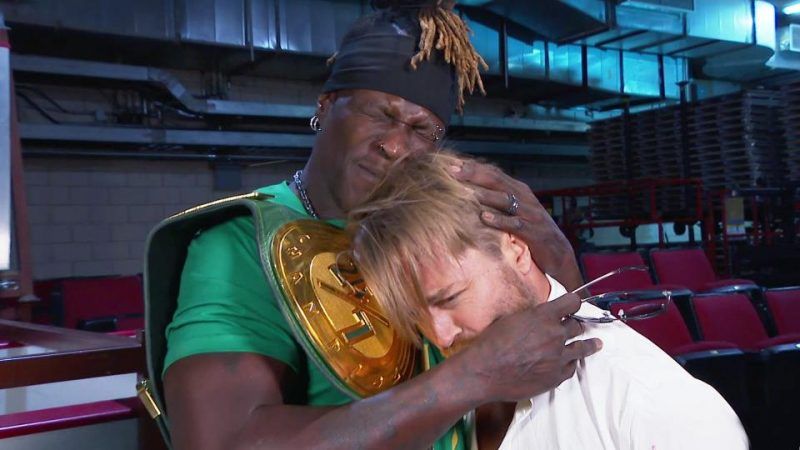 Not an overly exciting evening, and that included the spots we did-or did not-get.

Sad to say it, but Ember Moon sure got the jobber treatment. 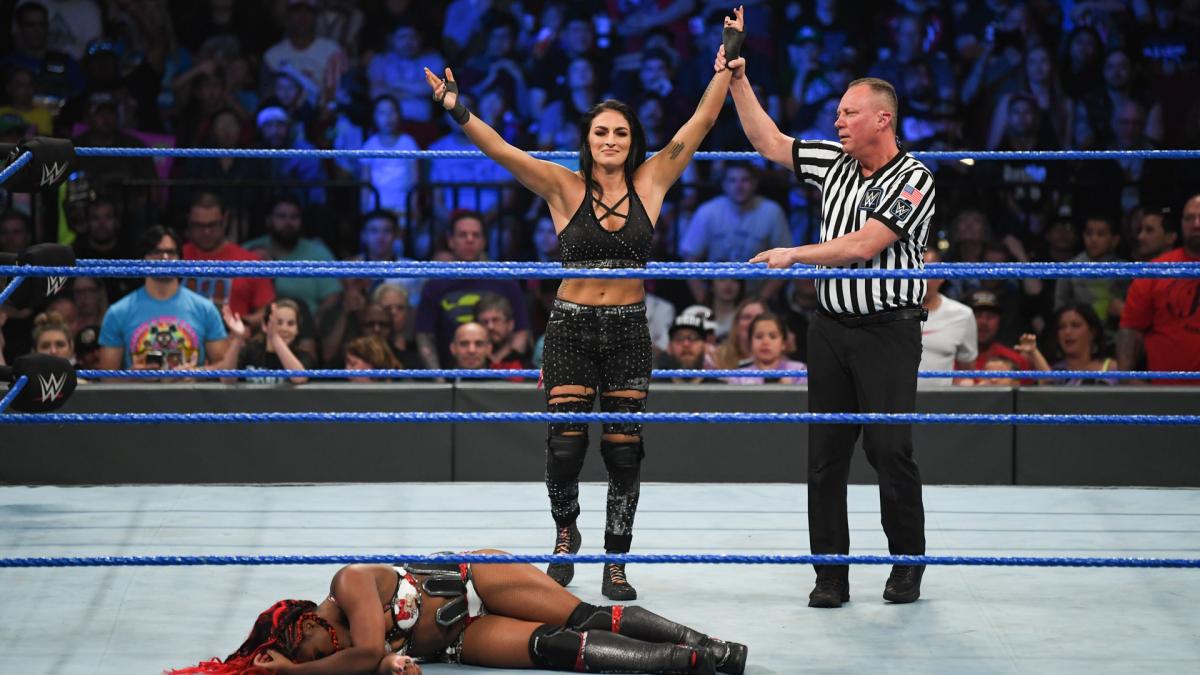 They treated Nikki Cross beating Bayley as an upset, and I suppose it sort of was. I mean, she’s a relative main roster newbie and she beat-cleanly-the SmackDown Women’s Champion. So, it fits the description. 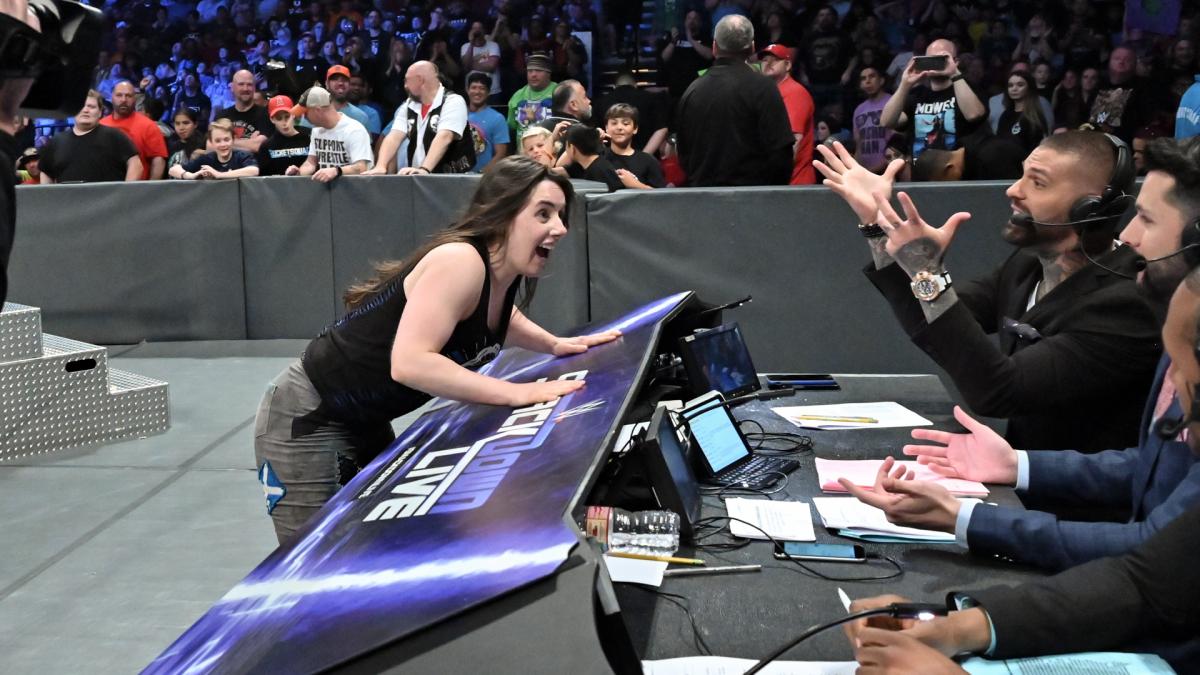 Last night, it was The Undertaker.

Tonight? No chance. Not even close.

The holy sh#$ moment? Was how really, really bad this show was. It was two hours of not worth watching, to be honest. Perhaps I am being overly harsh on this one, but it wasn’t their best showing…not even close.

I am going to go with…the whole show. Primarily, the two out of three falls burden just is not doing anyone any favors. It makes an already scripted product feel a lot more scripted than it should. 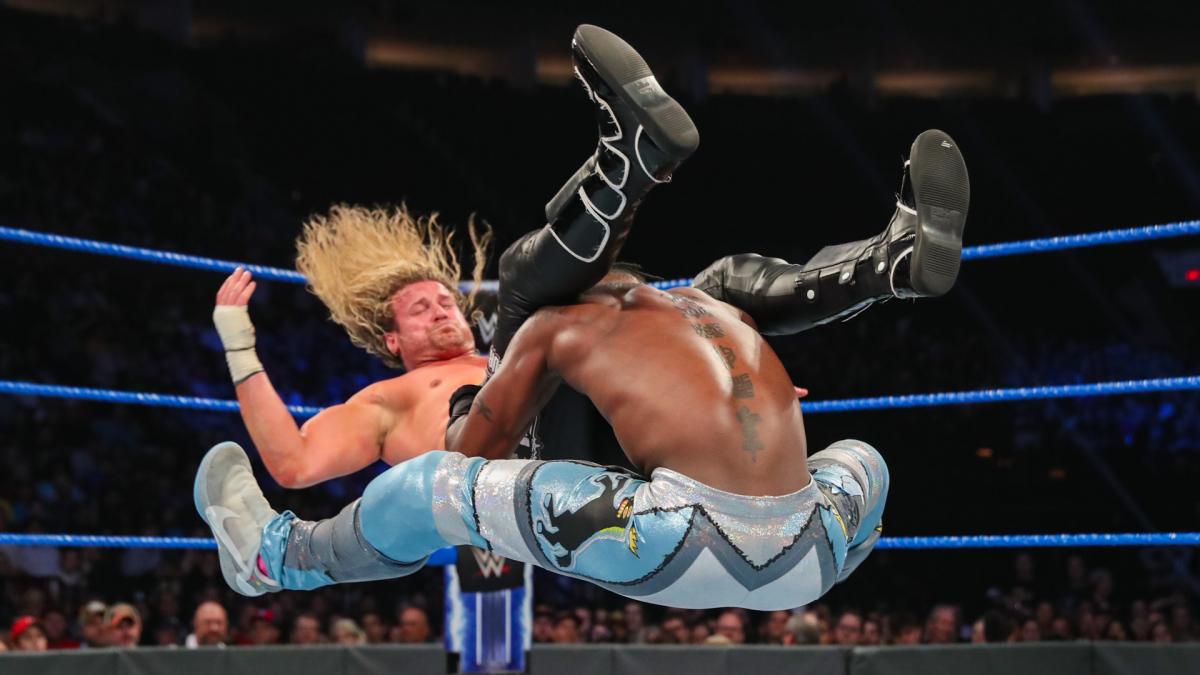 It’s worth noting that Kevin Owens bailed on his partner and the rest of the team during the early four on four tag match. This will be interesting to watch, if it was just a ripple or if this is going to lead to a rift between Zayn and Owens again…especially because I can’t presently see either of those Superstars as easily flipped to babyface anytime soon.

Also, we did get the WWE Championship match-Samoa Joe versus Kofi Kingston. That stemmed from last night’s actions. Ziggler had a chance to make a rumored triple threat happen, but it was not in the cards.

The vast majority of the show. Just disappointed from almost start to finish.

Well, on Monday Night RAW we had some major goings-on, much bigger than anyone could have imagined. I am pretty sure that virtually no one expected The Undertaker to appear on RAW, and thus no one expected WWE to then book The Phenom in a tag match as part of Extreme Rules. So, expectations were kind of high that we might be similarly impressed with SmackDown this evening.

Unfortunately, we were not. At least, I was not. The entire show had matches that could have been entertaining, but they were handcuffed. Bad booking, too many two out of three falls debacles and an overall very clunky feeling show. I am not sure what happened backstage, though I’d imagine we will find out soon enough.

The show could have been a lot better, but things just didn’t work. Being saddled with this insane “no wrestling during commercials, so let’s do a bunch of 2-out-of-3 falls matches” viewpoint? If this show is any indication, it will not work for too much longer. A product that was already struggling may get a lot worse. 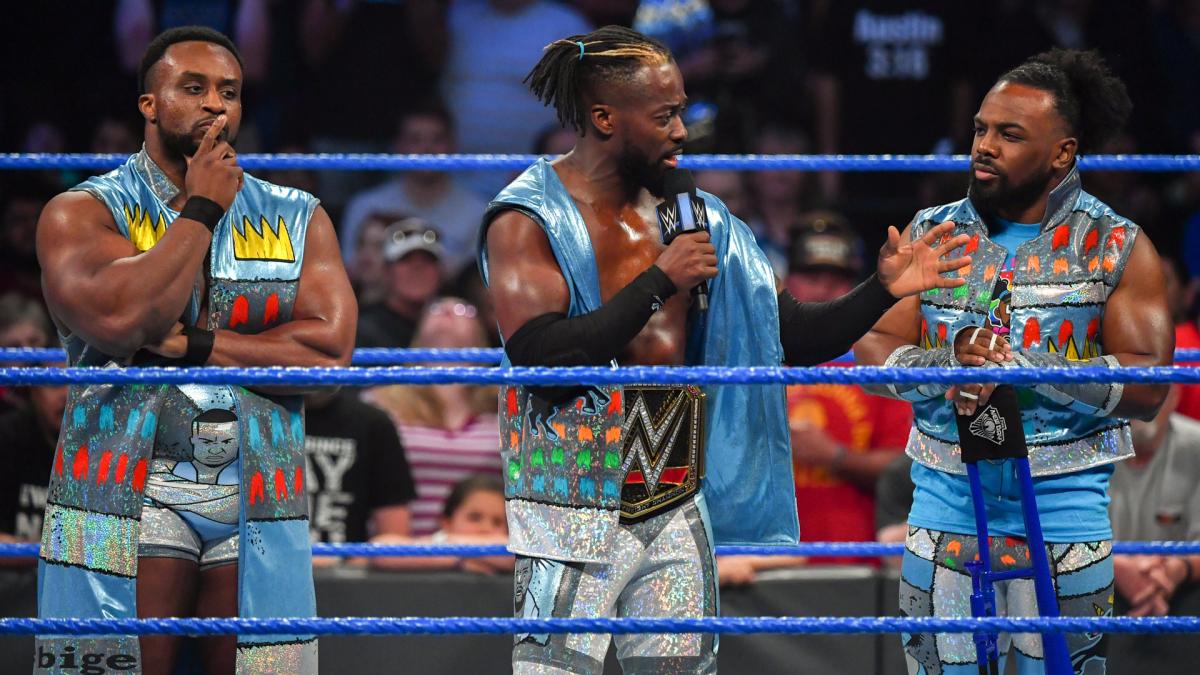 I hope I am wrong, but tonight was not a good start.