Stomping Grounds In A Nutshell: Better Than Expected?

The newest PPV is here, and while expectations are low, perhaps WWE and the main roster will actually wow us. Who will be the special ref? What about Brock?

Let’s be real here, folks. It is not very often that WWE gives us a brand-new PPV. Tonight, we’ve gotten one in Stomping Grounds. Now, is that going to be a good thing, or is that going to be a bad thing? Will it even matter at all? The hype for the show, up until this point at least, has not been all that great. We know of a couple key matches heading into the show, but those haven’t really wowed anyone. There have been concerns about weak ticket sales as well, so it’s not sounding too encouraging.  So will Stomping Grounds be better than expected? Let’s crack open this Nutshell and find out! 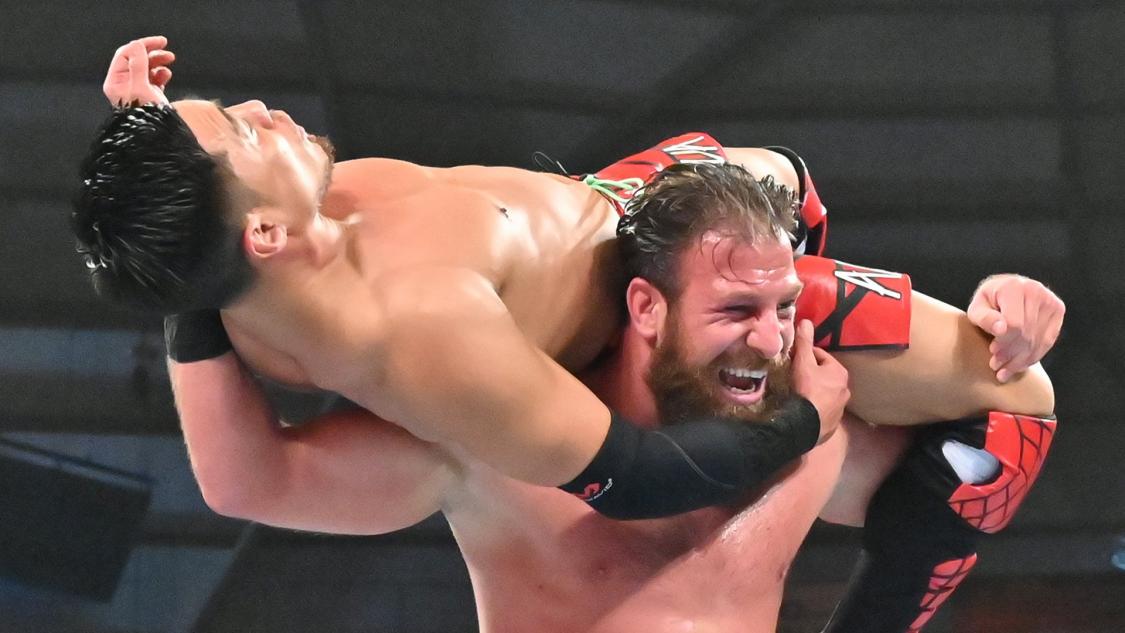 First, not an official main card match, but it damn well should have been: talking about the cruiserweight triple threat match. Drew Gulak won the title in this one, and the match was exceptionally good. Note to Vince: this is wrestling. This is what fans are clamoring for. Stop limiting these guys to the Network-only show, and have a cruiser match or two on each of the blue and red brands. 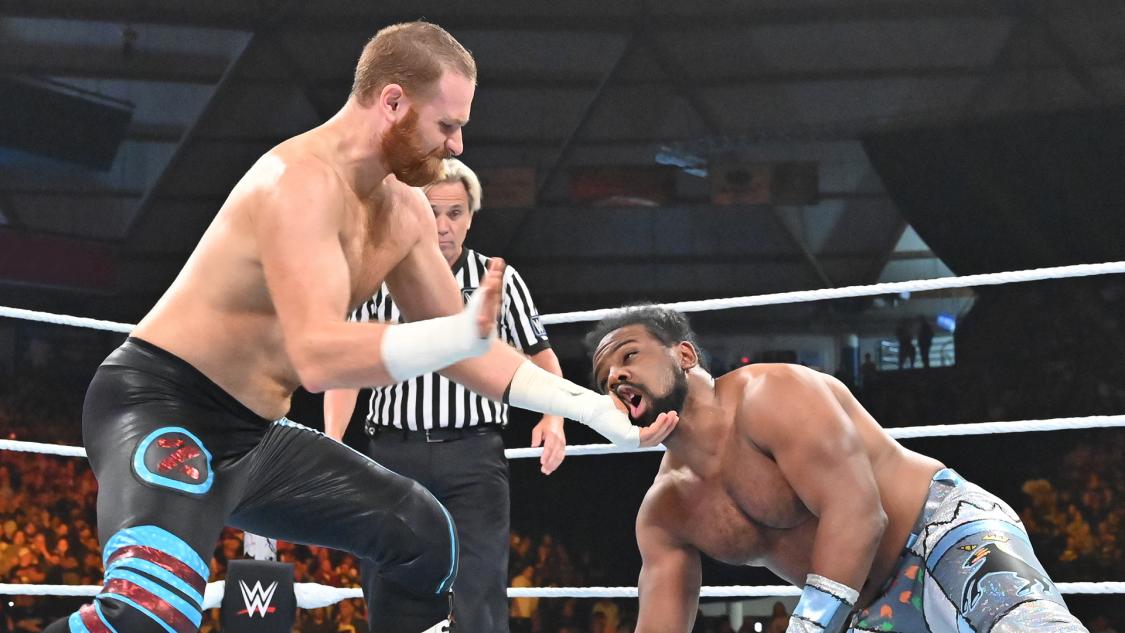 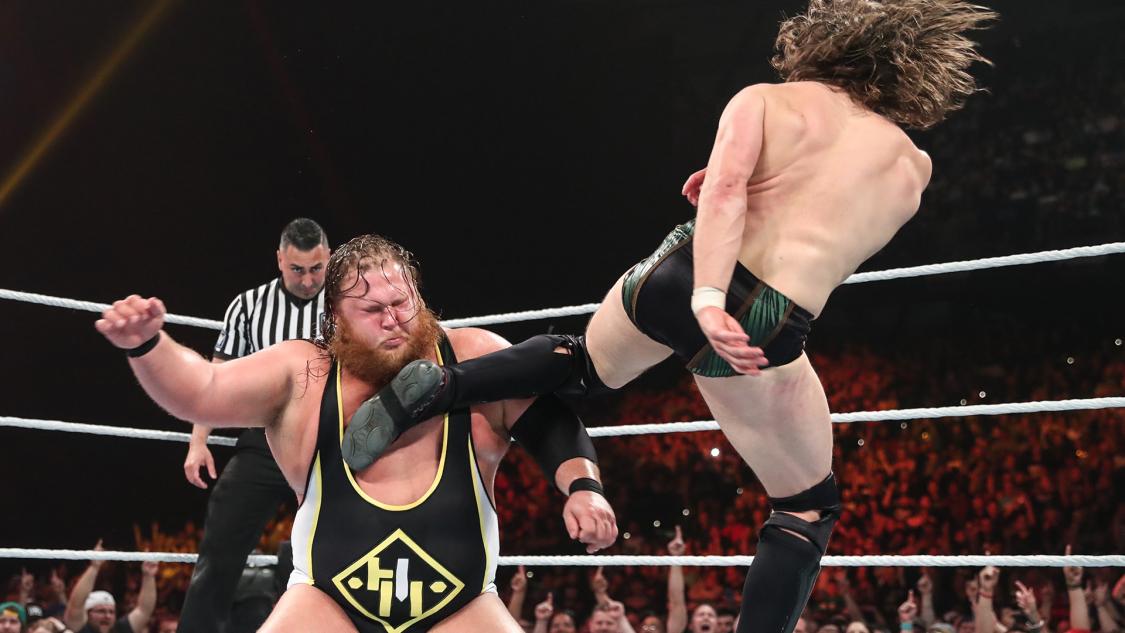 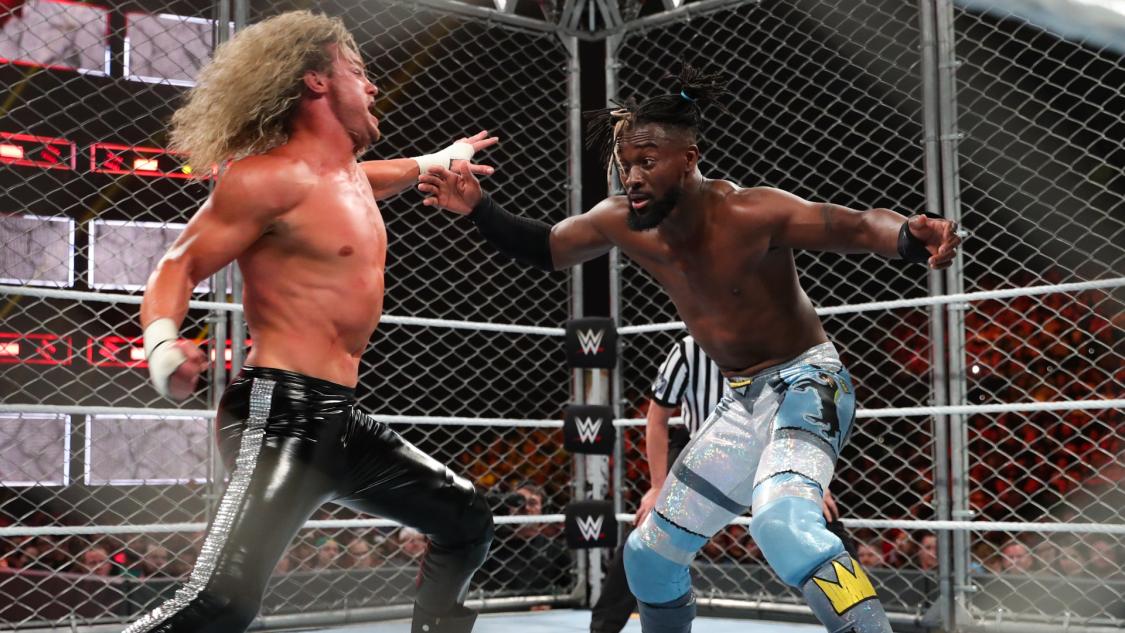 Fourth-yes, fourth! The WWE Championship match, Kofi versus Ziggler, was pretty good too. 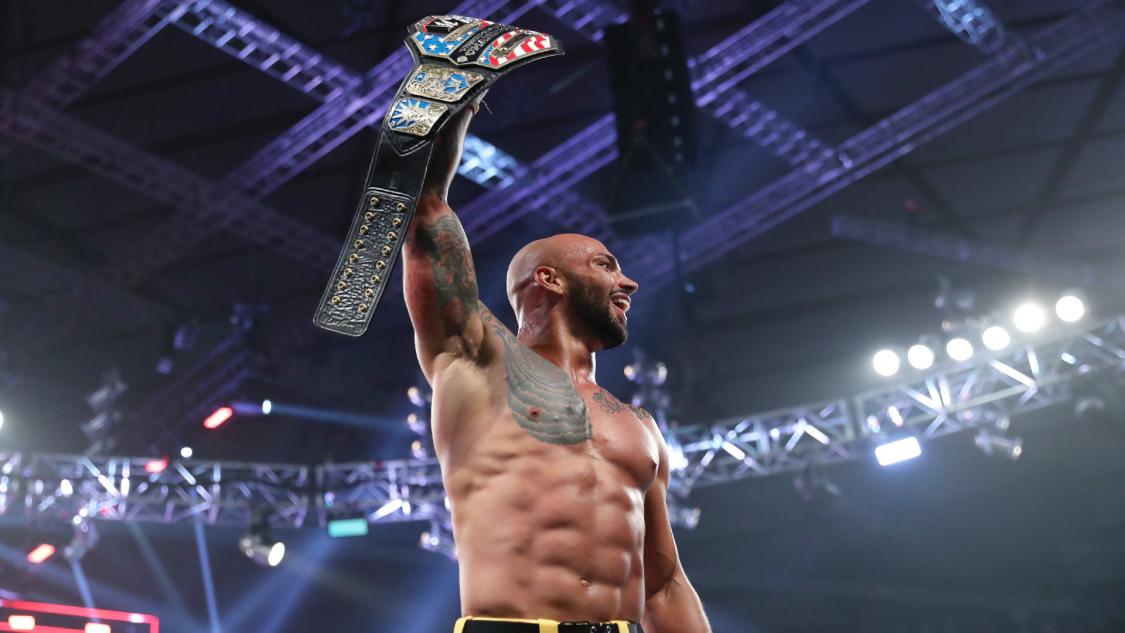 Nothing was completely terrible, honestly. That said, I was not overly thrilled with how Lacey Evans and Becky Lynch went. The Rollins/Corbin match also did not feel very main event-ish.

There were numerous chants, but I could not tell if this was a byproduct of the low attendance or just weak chants…many I couldn’t make out. Like, during the main event, you could tell the fans were not approving of the goings-on. The announcers said as much, but I could not pick out the actual chants some of the time.

Burn it down was audible, however.

Big shout out for Drew Gulak winning the cruiserweight championship.

Also, congratulations to Ricochet for claiming his first main roster championship. He defeated Samoa Joe in an excellent bout.

So, there were some good ones, but not necessarily some really good signature spots.

Shane goes coast to coast all the time, but tonight’s did get more attention. It also seems he got injured during it.

I liked Kofi’s exit from the cage too. Not something we’ve seen often, if ever before.

Nothing as shocking as say, a Brock Lesnar appearance or cash in.

That said, I was not expecting a few things tonight:

I did not expect a Ricochet title win.

I did not expect Heavy Machinery to look so good.

I did not expect Lacey Evans as guest ref, or for WWE to really go all in on the public acknowledgement of Rollins and Lynch as a couple. Yes, they’ve said it on television…but to have them hug in the ring, that was big.

No cash in. No Brock tease even.

I think it’s noteworthy that, as low as the expectations were, the show did not completely suck. Quite the opposite, I think.

Lacey Evans is just not quite there yet. You can see the promise and potential though.

Corbin is not the best heel. He needs work, he’s growing into it. The Lacey choice as ref was one part genius, one part bummer. Genius because, well sure, Rollins can’t possibly hit her with a chair. Bummer because, well, there could have been some interesting surprises.

Also, the crowd was disappointing.

The overall show was good. Better than expected. A number of good matches, which I’ve covered earlier, so no need to rehash.

This will not go down as a great show, but it should go down as better than expected. Considering how things have gone of late, that is a good thing for WWE.