Sunday is Stomping Grounds, which means tonight is the last chance for WWE to hype this brand new PPV and all that comes with it.

This is it folks. The last main brand televised show before Sunday’s PPV. Which means? The blue brand is going home to Stomping Grounds. The newest WWE PPV has a few bigger matches-Kofi Kingston going against Dolph Ziggler, for the WWE Championship, in a steel cage, for example. There’s also the matter of Seth Rollins against Baron Corbin, with a special referee of Corbin’s choosing-which did not go so well on RAW this past Monday. As we get ready to enjoy the next two hours of SmackDown, we can expect hype for those two matches and a lot more, so without any more delays, let’s crack open this Nutshell!

Give me Ziggler against Xavier Woods for the opening match, and then Kofi Kingston tagging with Seth Rollins to take on Kevin Owens and Sami Zayn. 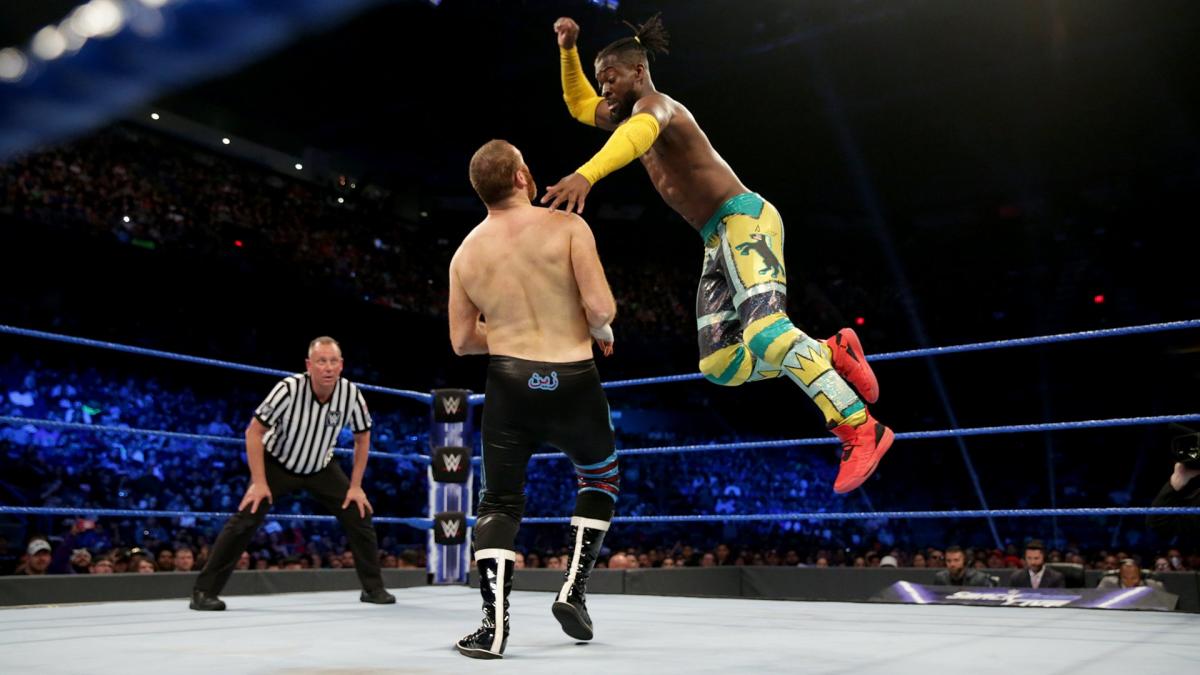 Both matches were good, both told good stories both for the evening and heading into Sunday. Good stuff.

There are a couple choices here. For me, the Heavy Machinery versus B-Team match was the worst on the evening…but I would understand if you went a different direction.

there were a few others, but I had trouble catching all of them.

I don’t know that any of these really garner a star, but the best on the night I’d go with a few of them-in no particular order: 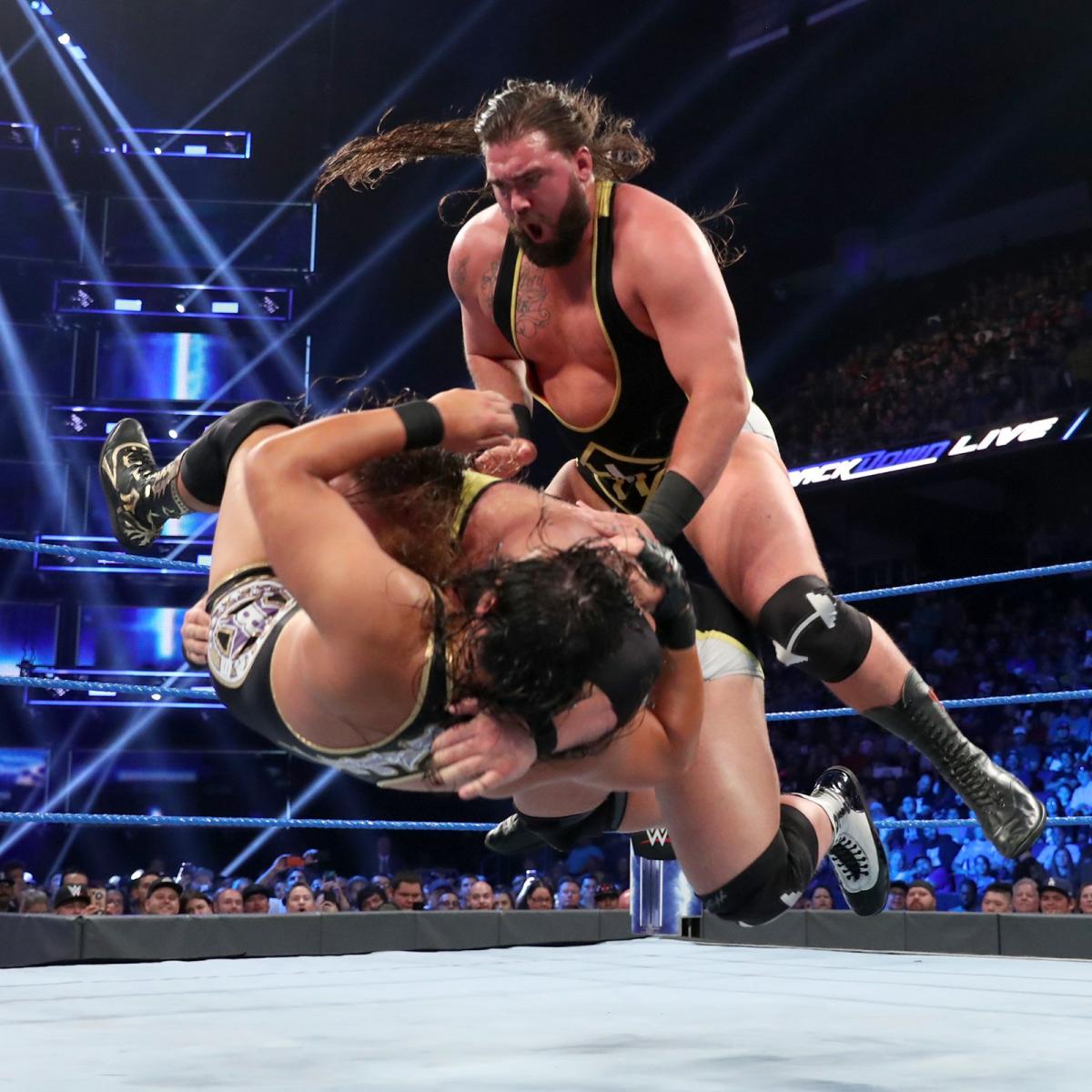 Well, this one sure feels like it should go to the B-Team. Axel and Dallas worked under five minutes tonight in losing to Heavy Machinery. I get they want to get Tucker and Otis over. I really do. I like them both. But at some point, someone in Creative has to know that you can probably get guys over in a more believable way by having them work longer and more interesting matches. Say, ten to twelve minutes at a minimum for the tag teams.

Not a one to be had

Nothing quite so pronounced as what we got on Monday Night RAW, that’s for sure. Best we could get out of this evening, I’d say, was The Miz taking the beating from McIntyre and company, sending a message to Roman Reigns ahead of his match on Sunday. 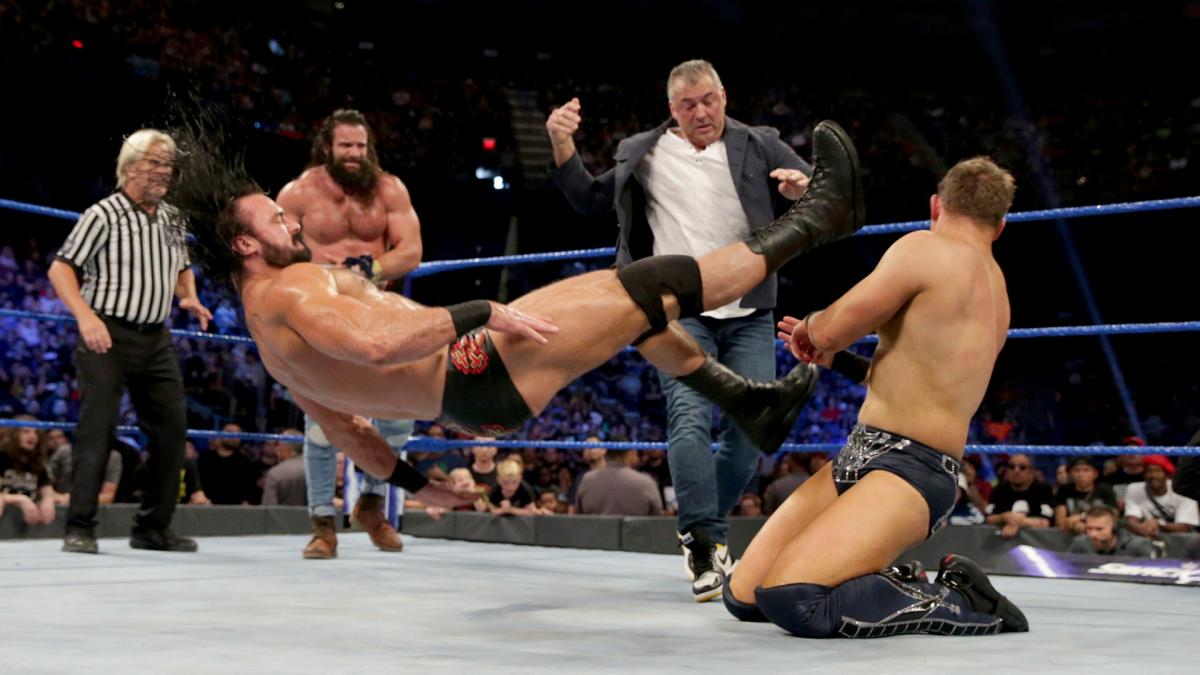 There was still Rollins with his trusty chair, so that was OK (Last night it was fresh though).

And it’s worth mentioning Bayley and Alexa brawling on Alexa’s show segment. 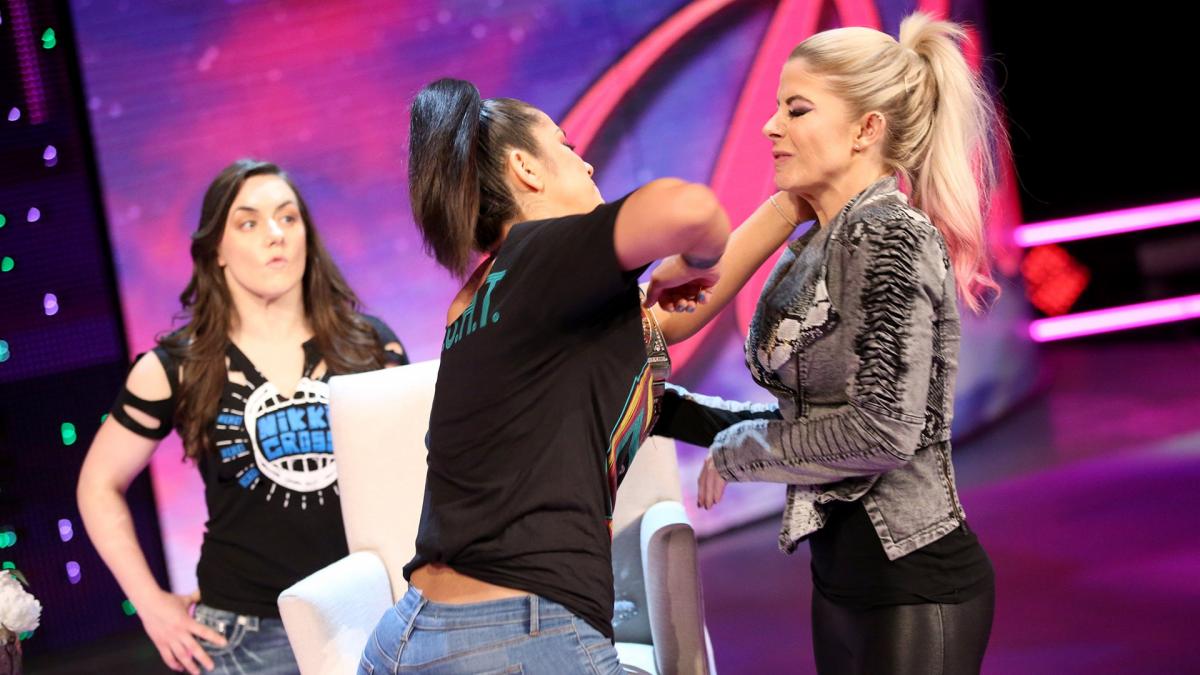 That Truth can still sell the notion that he’s a buffoon. Thinking Drake Maverick in drag is actually Carmella, then when Maverick was driving off, he declared he was taking the belt to his wedding…which had Truth yell out about Carmella not telling him she was getting married, and why wasn’t he invited. 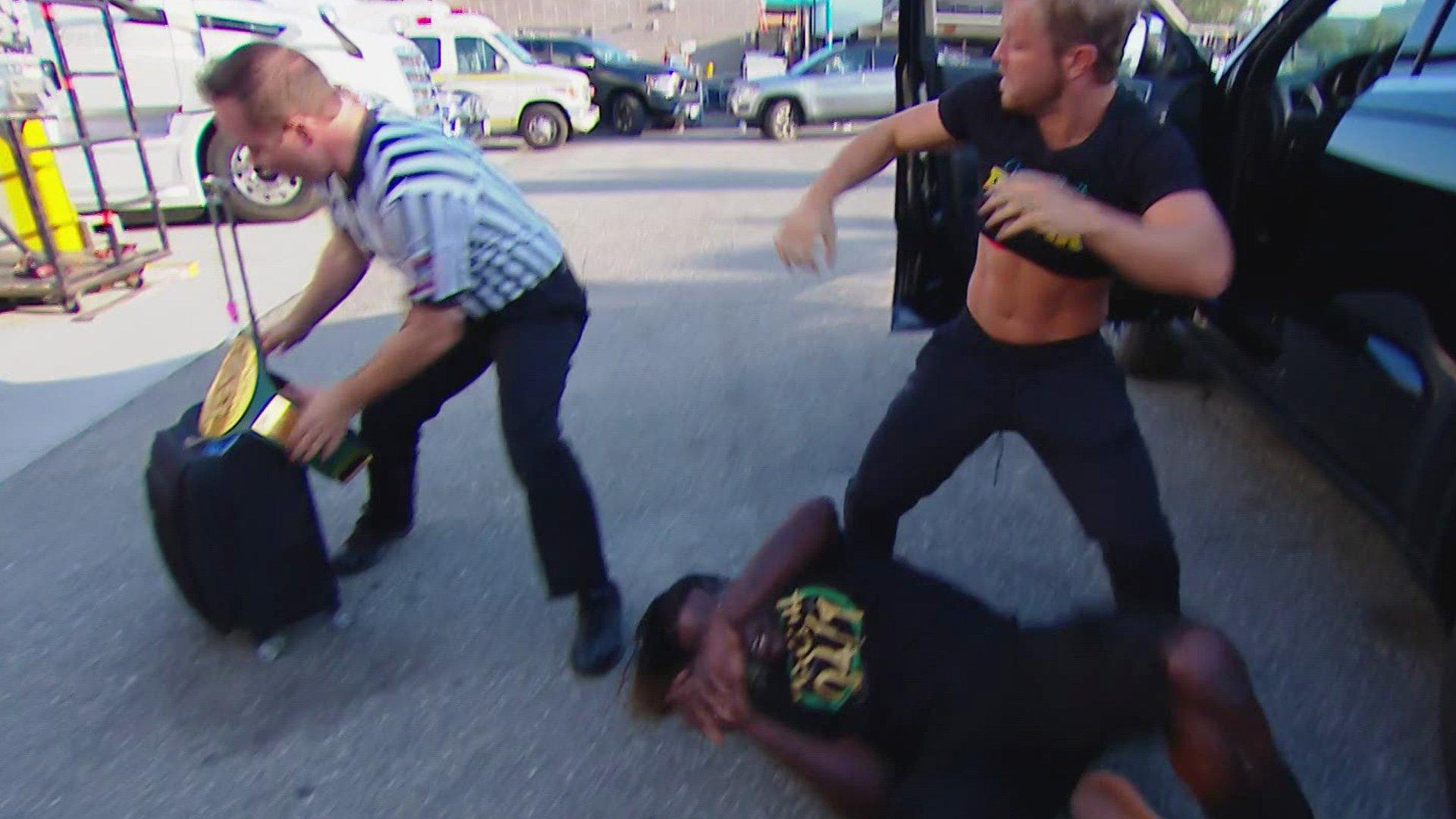 I mean, yeah, sure, we know it’s an act, but it’s funny stuff. Truth has almost single-handedly made me (and many others) interested in the 24/7 Championship. I dare say this effort warrants him getting Superstar of the Year consideration (and I am not entirely joking, either).

I am going to go with the 24/7 Championship changing hands.  Realistically, the belt has to change fairly regularly to keep things interesting, and it did so again tonight. What was most interesting to me was that it was Drake Maverick getting a chance to run with it, as opposed to any of the other Superstars. Guess we might see it crop up on 205 Live now…so perhaps WWE wants to help prop up that show?

Also surprised, at least to some extent, that we had no announcement on the Corbin ref choice. That said, however, leaving that decision until the match Sunday is not a bad idea.

The middle of the show was a bit lacking, but it opened and closed well enough.

That said, I’ve seen rumblings on the feelings about Sunday’s PPV…and while the open and close were solid…I can’t say I am overly excited for Stomping Grounds. I hope I am wrong, but WWE will need to really hit a home run here. Meaning, a Ziggler win, a big surprise (Wyatt returns? Lesnar unexpectedly cashes in?). Fans have low expectations, so change our minds.

As go home shows go, this was not the worst effort. That said, I have not really heard many fans eagerly looking forward to Sunday’s show. Did this evening’s show do enough to convince people to tune in? Probably not. Though, it didn’t do anything to make anyone say “no, I won’t watch” either.

With that in mind, I do think there are some compelling matches we will get on Sunday, so I am looking forward to seeing what WWE actually delivers.