Feud Between Seth Rollins And Will Ospreay Continues On Twitter

It is not uncommon for WWE superstars and celebrities to have the occasional spat on Twitter. This time, there's one between Seth Rollins and Will Ospreay.

Only two days after stating the WWE delivers the best wrestling in the world, Will Ospreay made a statement that Stomping Grounds had a ‘shoddy’ main event. Seth Rollins took offense to the statement, and reacted as follows. 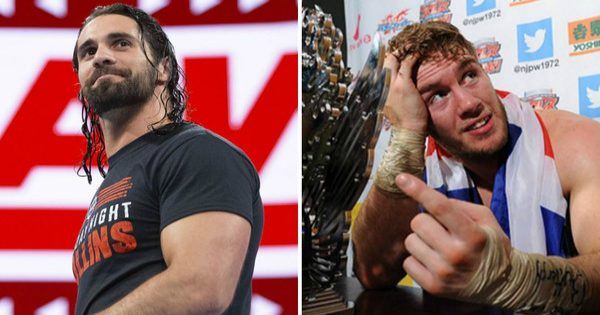 While it started relatively innocent, it soon became personal between the two. It started by Seth mentioning Ricochet and comparing him to a better version of Will Ospreay. Then, it turned into Seth wanting to compare bank accounts with the indie superstar.

Ahhhh I’m sorry little guy. We already have a better version of you here and he just won his first US Title tonight (Congrats @KingRicochet). Keep working hard though buddy! https://t.co/JwB36iWaIg

I mean if you wanna talk numbers we can compare bank accounts too.

P.S. That’s counting a month off with a broken back…👍🏼 buddy.

You love adding stuff don’t ya. I mean the original question was

No talk of money. No talk of Ricochet. You said anyone.

Just as consistent, just as good.
Hope the back heals up. https://t.co/dfwkKVlyR4

That’s fine. Guy is super talented and deserves your support.

Heard rumours that NJPW are bringing their merchandise to the shows. So you have plenty of choice to change. https://t.co/t8d8MLBDlF

Wrestling fans have responded to the argument between Will and Seth, and most fans seem to be in the Will camp. Even those who follow WWE seem to find Seth’s responses unbecoming of an adult man. Either way, it is for both men to work out between themselves at the end of the day.

A Petty Argument That Does Not Become Either Man 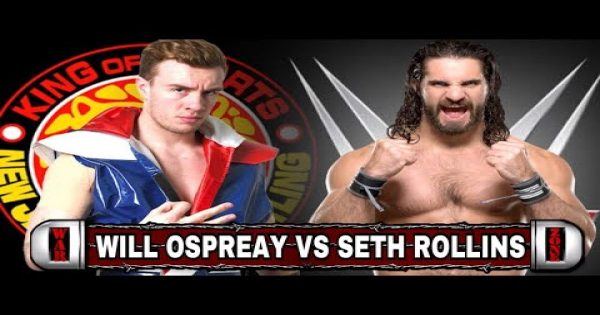 I can understand Seth’s need to defend himself, but I doubt he realises that the match was indeed bad. It had nothing to do with his wrestling acumen though, it was more a case of involving Lacey Evans in a painstakingly slow match that kept on being broken up. At the end of the day, nobody doubts the fact that Seth can wrestle, but this petty argument seems a little overboard if you ask me.

The core of the argument, in my opinion, is the fact that Seth Rollins and Will Ospreay have been competing for a long time. Even though Will stayed in New Japan, Paul Heyman attempted to recruit him in the past. Whether Seth sees Ospreay as a threat, that remains to be seen.

Will Ospreay is often compared to the likes of Ricochet, who is now competing in the WWE. Still, Ospreay has shown no interest in joining WWE, even though he could make the product better. If their paths ever were to cross on the same promotion, it would make for an interesting matchup. At least, a much better match up than the one between Seth Rollins and Baron Corbin.