Drew McIntyre is looking to take on one of WWE's biggest legends. McIntyre is interested in none other than John Cena. Will this match happen?

Drew McIntyre and John Cena have quite a history, as McIntyre injured John Cena just before the Royal Rumble last year. Even though John Cena is not wrestling for the WWE on a part-time basis, Drew McIntyre has interest in facing John Cena.

Drew McIntyre: “A match with John Cena is on my list” 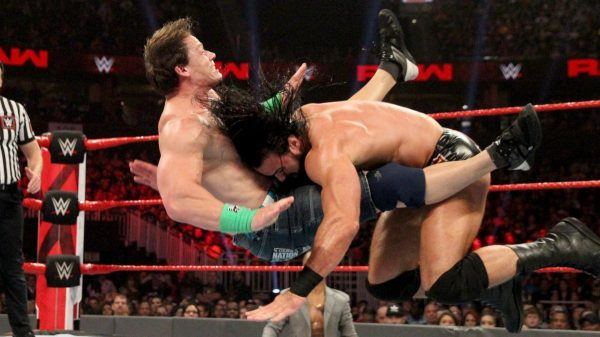 During an interview with Express Sport, Drew McIntyre revealed that a match with John Cena is “on his list”. Cena is close to retirement though, as his role within the WWE has gone from full-time to part-time. While it is unlikely John Cena will get a lengthy title reign in the nearby future, Drew McIntyre would like to add a match against John Cena to his resume.

“Before he hangs it up officially I definitely want that match. A victory would be another notch on my belt.”

Drew McIntyre has been incredibly impressive of late. He is one of the better promo guys on Monday Night Raw and has been quite interesting to watch. His stint on NXT certainly did wonders for him, as his return to the main roster has been quite successful. Many fans forget that Drew McIntyre was Vince’s guy several years ago, but he was fired once it became clear McIntyre did not catch on with the universe.

Does Cena Have The Time? 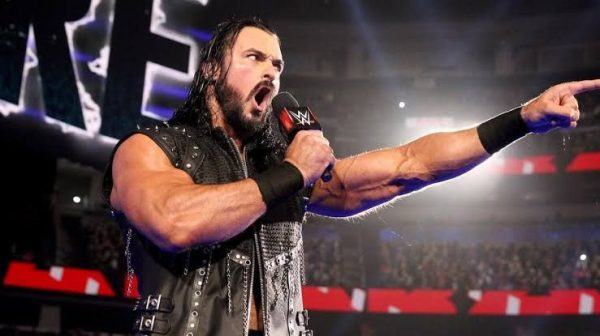 Of course, a match with John Cena might not be that easy to get, as John is constantly involved in movies. From rumors of becoming Captain America to landing a role in a transformers movie, Cena has been quite busy indeed.

In addition to being extremely busy with movie roles, Cena also has a new girlfriend. Cena has allegedly moved on from his breakup with Nikki Bella, so between his new girlfriend, movies, and other mainstream media appearances, could Cena be willing to do a match with McIntyre during one of the larger pay-per-views?

While we wait for this possible feud to play out, it is important to note that McIntyre has quite the big match coming up. McIntyre is scheduled for the Money In The Bank ladder match, which means the briefcase can be his at the end of it. If he does and cashes it in successfully, he would be the first British Universal Champion or WWE Champion.