Another WWE Writer Has Been Fired! What’s Going On With Creative?

The WWE has fired another one of his writers; this time a writer working for Monday Night Raw. What is going on with WWE creative?

The WWE has been cleaning house recently, or at least that impression is given considering how many WWE writers have been released lately. Only a few days ago, WWE writer Ryan Callahan has now been fired as well.

According to reports, Ryan Callahan has been a WWE writer for years. While it was originally believed he was fired for the dropping ratings suffered by Monday Night Raw and Smackdown, the reality is far different.

Fightful Select claims that Ryan Callahan was fired due to a dispute with Dave Kapoor, the man you might know as Ranjin Singh. Kapoor claims Callahan was difficult to work with, mainly because he took creative changes too personally. Kapoor believed his attitude reflected negatively on the rest of the writing team.

Callahan is not just an average WWE writer, he in fact worked on various TV shows in the past; this includes “The Bachelorette”, “Monsters In Laws” and “The Bachelor”. So, firing Ryan Callahan certainly does not look too great for the WWE creative team. 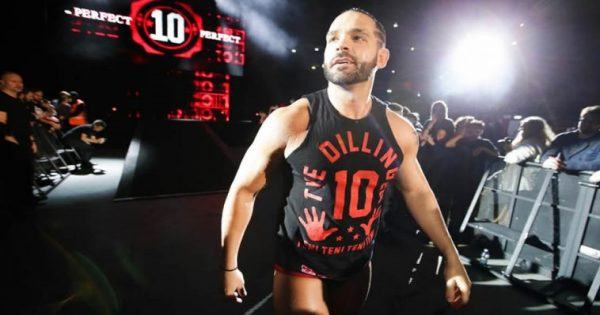 The WWE creative team is not the only part of the WWE that has seen staff releases. In fact, some WWE superstars were released in 2019 as well, even though it is relatively early in the year.

One of the superstars that has been released by the WWE is none other than Tye Dillinger. Despite coming out with the perfect 10 gimmick and being widely popular among fans, Vince never paid much attention to Dillinger and let the gimmick die. Dillinger was released officially on February 22, 2019.

Tye Dillinger was not the only release in February though, as Hideo Itami and TJP quickly followed. Backstage interviewer Dasha Fuentes was also released.

There are some rumors that more WWE stars are looking for their release. Some are even considering retirement; this includes the likes of The Big Show and Kane. Among tag teams, we could soon see the release of The Colons and The Singh Brothers.

Developmental wrestlers are scheduled to be released too, so it is not just main roster WWE who will be on the chopping block. In addition to that, other writing staff have left their respective positions or requested their release; this includes Road Dogg as the lead writer for SmackDown Live, RD Evans – who quit during the WWE Hall Of Fame, and many others.

With so many wrestlers, writers and other staff being released or fired, one does have to wonder what is going on within the WWE structure. It is no secret that the WWE has suffered low ratings in recent months, but managed to survive thanks to the Fox Deal and the contract with Saudi Arabia. Still, things do not look bright whatsoever with another talented writer hitting the bricks.