Blinded by the light...

As  fans flocked to WrestleMania 35 this year, most visitors got a good seat in the house and enjoyed the show. That being said, the show did not go without one serious hiccup. As the match between Styles and Randy Orton took place, several fans attending complained they could not see the match due to the lighting.

Too Bright At WrestleMania 35 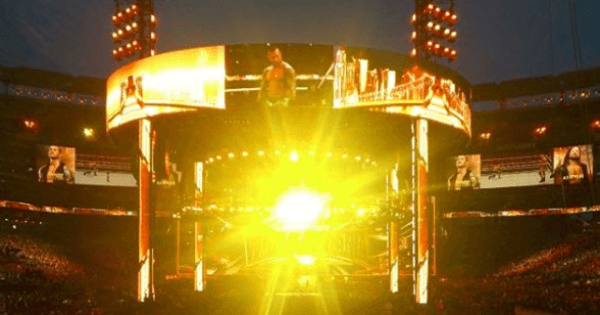 There were definitely some lighting issues going on at WrestleMania 35. When I was watching with my other half last night, AJ Styles‘ entrance was so bright I had to look away. While the moment passed quickly for viewers at home, this was not the case for the people in attendance.

During the match between Styles and Orton, fans were blinded by a yellow light hitting them square in the eyes. Fans attempted to warn the WWE via twitter, telling them to turn it off. Here are some of the reactions from the crowd in attendance.

“@WWE @VinceMcMahon @WWEUniverse @WWENetwork can someone please turn down the lights. Way too bright and our section literally can’t see the match all we see are two bright red dots #wrestlemania”.

“when you charge fans $$$ and then blind them with yellow lights so they can’t see s***”.

For the live crowd that saw this 👆🏼tonight during my match at #WM #wrestlemania at Met Life Stadium tonight, I would like to apologize on behalf of @WWE for screwing up and shining a bright light in your eyes for 95% of our match. You missed a really great fucking match.

Randy Orton learned about the lighting problem shortly after his match at WrestleMania 35. Ever the professional, Orton took it upon himself to apologize to fans, even though the error was down to the production team. Still, it was nice of him to apologize to the fans who paid good money to see the entire event.

Unfortunately, it is not the first time that the WWE had lighting problems during a pay-per-view or WrestleMania in general. It is a large production after all and things are bound to go wrong somewhere.  As far as I could tell, the lighting problem was eventually resolved, but people had missed most of the match in question.

How would you react if you attended WrestleMania and could not see the event due to lighting issues? Would you ever considering going to WrestleMania? Let us know in the comment section below!