The IIconics are an amusing tag team, but they are not helping build up the women's new tag titles and something needs to be done.

By now, it’s impossible to have not noticed-Sasha Banks has been missing in action on WWE television since WrestleMania concluded. We’ve since learned that the Superstar was unhappy with things, specifically the plans for the Women’s Tag Team Championships-belts that she and Bayley had fought so hard to make real (and eventually, win). The duo then lost the titles at ‘Mania to the IIconics, and we’ve seen how well that’s gone so far. So, here’s the question. Is the Banks statement that WWE is bungling the Women’s Tag Titles?

Why would I say yes? The main reason is trusting the Superstar closest to the action. Sasha Banks reportedly tried to quit during WrestleMania weekend, and a driving factor was over the loss of the belts and where WWE was taking them.

There were rumblings that initially, Banks and Bayley thought they might get the honor of being the first women to wrestle in the Kingdom of Saudi Arabia, giving the next big WWE/KSA show a Women’s Tag Title match. Clearly, that ship has sailed. 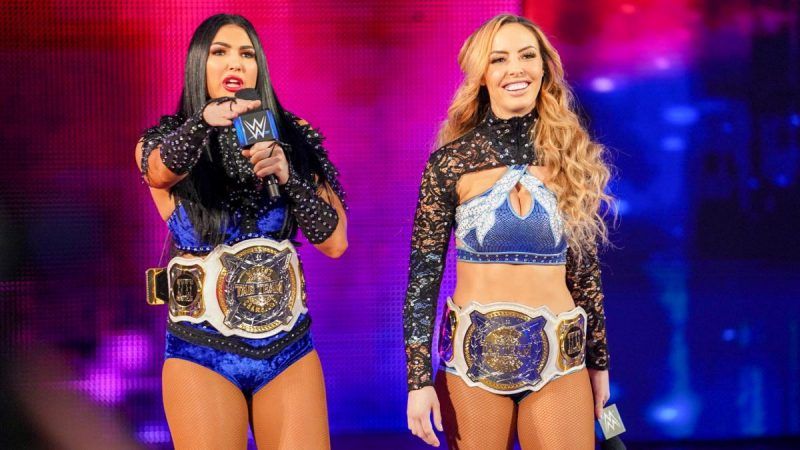 Now, the IIconics are the champions. While the Australian duo are certainly talented, and they serve the heel role well, they are still among the newer members of the women’s locker room. And as we’ve seen over recent episodes of SmackDown, they might hold the titles, but both members have lost ridiculously short matches on the blue brand. Not a great showing for those that hold the tag belts.

So, yes they are…the IIconics are a step down from Banks and Bayley. The only upside here is we have Kairi Sane chasing the titles with Asuka (even though it’s a bummer Asuka’s singles run is now on the back burner).

No They Are Not

On the other hand, perhaps they are not. I mean, this is professional wrestling, right? Angles and programs happen all the time, and seeing Banks and Bayley drop the belts is just another one of those. In the grand scheme of things, we all know those two women were not keeping the belts for an eternity. Perhaps their beef is that they lost so soon, or to such a relatively bland team. Maybe its both, maybe it is neither.

Looking at the bigger picture, Banks can be mad. She can be upset. But WWE has ticked off a lot bigger Superstars than Banks over booking decisions, both good and bad. Rest assured, something like this will happen again too…where WWE makes a decision that some big Superstar does not like. It’s just the nature of the business.

While one Superstar may hate what the company has concocted, it does not mean it was bad. It merely means she (or he) was not a fan of it. Seeing as WWE has creative control over just about anything, this is to be expected.

To really keep it simple here, I won’t say that Sasha was right or wrong. What I will say is that she might be one or the other…but that it is simply too soon to determine anything. 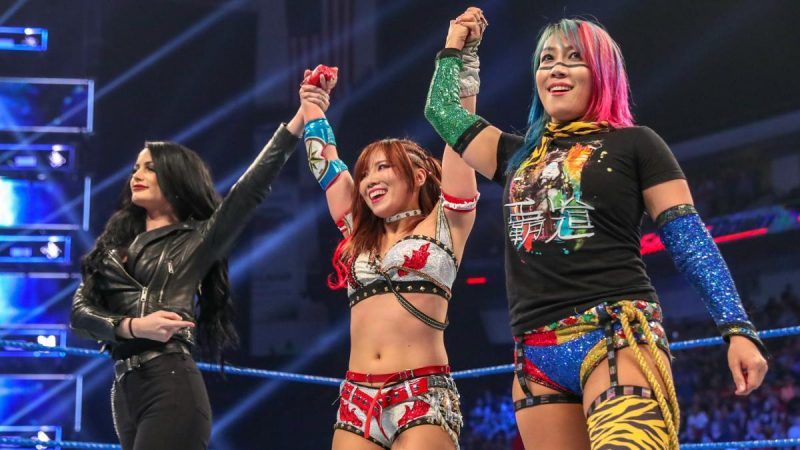 In other words, perhaps it’s simply too soon to tell…and we might not know enough to say otherwise.

I am willing to take a wait and see approach. I just hope that WWE isn’t screwing up these long-awaited titles.