SmackDown In A Nutshell: Big Repercussions For Roman Reigns?

With the Superstar Shakeup over and done with (or is it?), we get to turn our attention toward Money In The Bank. What happens to Roman Reigns?

Hello again! It’s Wednesday, the week is halfway over (almost), so why not take some time to have fun and read the SmackDown Nutshell? The big question heading into this week’s show? Would there be big repercussions for Roman Reigns following his move to the blue brand last week. Beyond that, we expect to see more of Becky Two Belts, especially as WWE is likely to begin prepping for Money In The Bank, their next big PPV. So, without any more delay, lets crack open this Nutshell!

The evening had a couple of pivotal segments that will at least deserve a mention here, but there is a match that wins this.

The segments? The opening number, which quickly addressed Roman Reigns, to at least some extent. Elias is aligned with Shane McMahon now, and the two delivered a beating to Reigns. 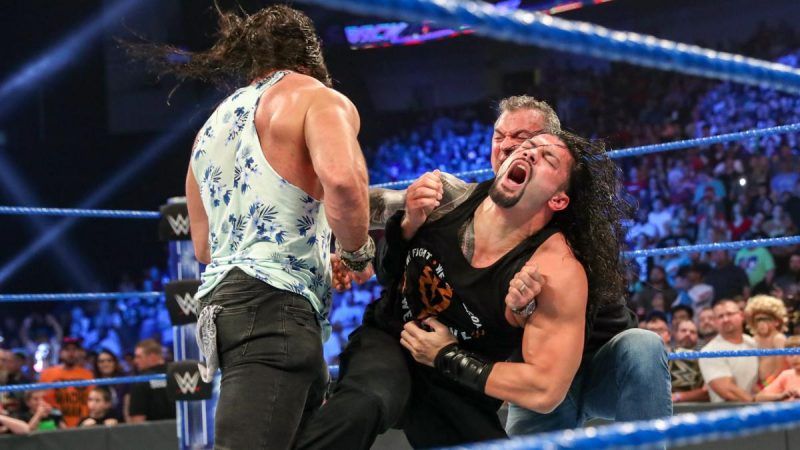 At this point, we now have a match for Reigns and Elias at Money In The Bank. What role, if any, Shane McMahon plays during the match-remains to be seen.

Then we got Owens destroying New Day.

Match-wise, while Andrade and Finn Balor was good…it does not win the day. That honor? Belongs with Bayley and Charlotte. 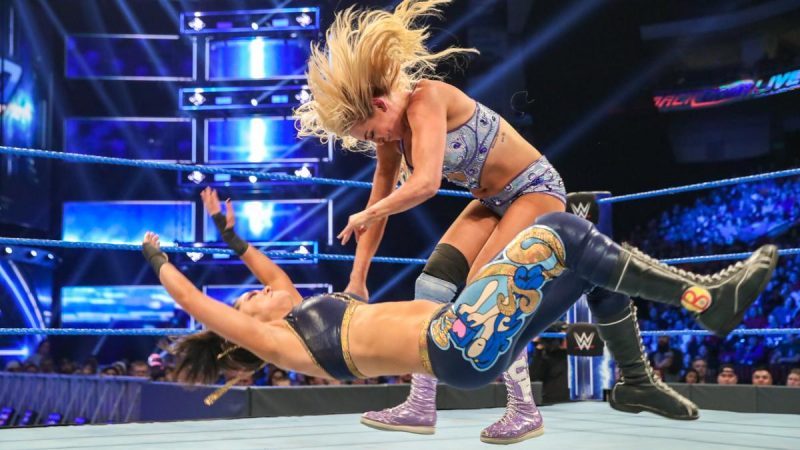 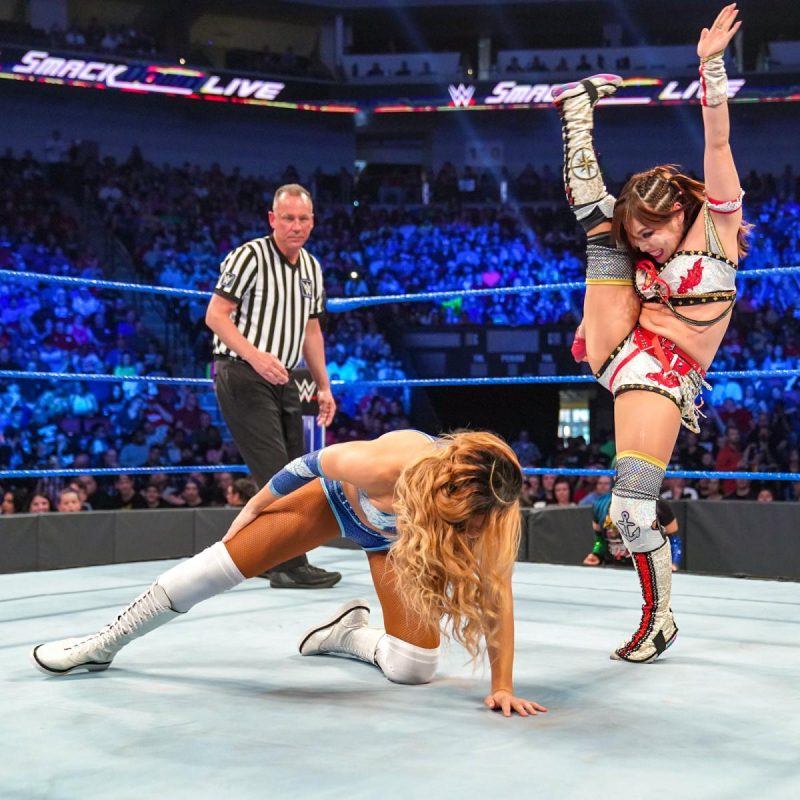 Not worst for bad quality, but short length and all that. This goes to the match between Kairi Sane and Peyton Royce. Why is it here? Because it was like a 2 minute match, allowing Sane to pin one half of the Women’s Tag Champs. I mean, this will clearly lead to a tag title match, but considering how historic the belts were meant to be…seeing both Billy Kaye and Peyton Royce lose rather like jobbers makes me worry for the belts. No wonder Sasha Banks was ticked off, and may remain so.

I give a couple awards out here tonight.

One to Elias, because it seems he’s still in line for a big opportunity-even though it seemed like he might not be. 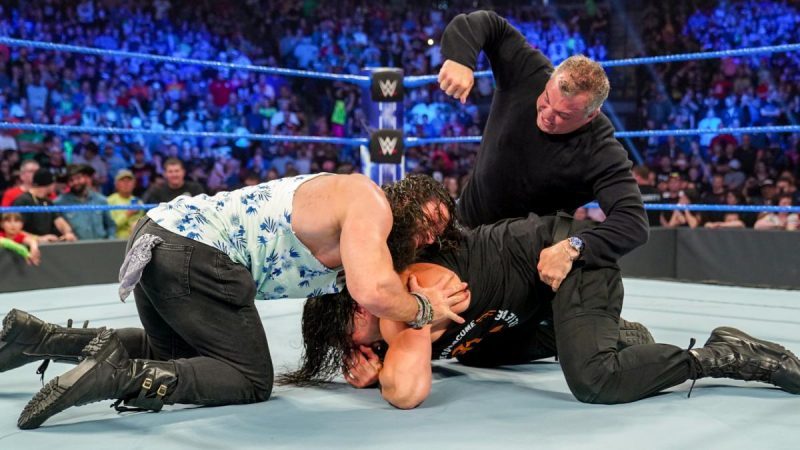 The other I’d give to Kevin Owens, essentially re-establishing himself as a top heel. I wish he would have stayed a face, but it’s not worth denying he is an excellent heel.

Not for the amazing nature of it, but rather the amazing shock of it, I award this one to Kevin Owens for his attack on both Xavier Woods and Kofi Kingston. 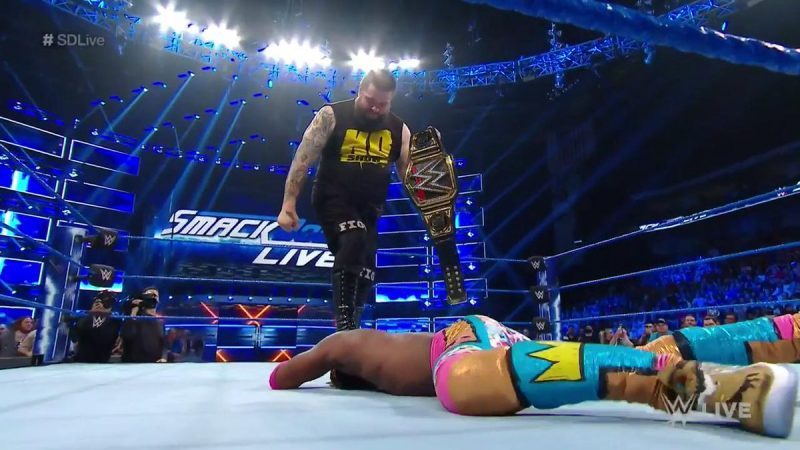 Chad Gable and/or the Singh Brothers. All three are excellent picks, as they were sacrificed to Lars Sullivan.

On one hand, I think everyone knew this was going to happen…eventually. On the other hand…it’s another flip way too quick, something WWE has been doing quite often lately.

So, what am I referring to? On SmackDown, Kevin Owens decided to show his true colors. He was one week removed from being a temporary member of New Day. Still filling that role tonight, he then turned on New Day, making his interest in Kingston’s WWE Championship abundantly clear.

I mean, I get it, Owens can be a great heel…but he never really had a chance as a babyface, and I think he could have done well there. Looking at that move, and others (like Elias and Braun Strowman both turning, and quickly reversing), and it’s very odd booking. 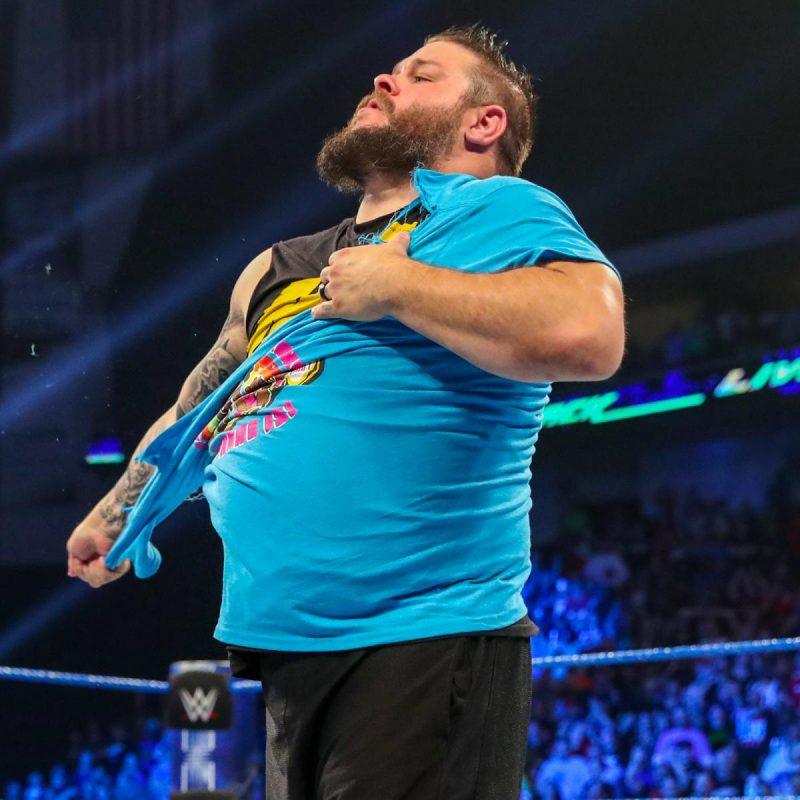 So, it looks like WWE has a funky Superstar Shakeup going on, but wickedly delayed in some cases. Like, Samoa Joe to RAW made sense, but was delayed for health reasons-that’s fine.

But we saw Andrade on RAW…and now he’s followed Finn Balor to the blue brand. I’ve got no issues with where he ends up, other than this: the Shakeup is scripted. WWE knows (and plans) who goes where. So why have a guy show up on RAW, only to change your mind a week later? I don’t think it’s a great look.

Add to that that we thought Aleister and Ricochet were staying together, only to see Aleister on SmackDown. It makes sense, I think both men deserve the chance to be singles competitors since that’s what got them this far…just how it was done was very odd.

Not sure I like where the women’s belts are heading…but we shall see. I think that’s my main gripe.

Excited for what could be in store for Elias. He’s been teased as a big thing for a while, and now he sure seems poised to be getting a main event level opportunity.

As I said before, while I am bummed we do not get any more of face Kevin Owens (at least, one wouldn’t think), we do get excellent heel Owens, so it works out.

I’d call it a solid show overall. The build for Money In The Bank has begun, and between Reigns/Elias and Charlotte/Lynch, we’ve got a couple really good matches lining up-and I’d bet Owens/Kingston is next on the list. It’s good enough to make us look past some of the fumbles from the shakeup (Black, Andrade).