TakeOver In A Nutshell: Kicking Off The Big Weekend!

WrestleMania weekend starts here. It's Friday night, and the fighting starts with TakeOver, once again in Brookyln. It's a big night and a big weekend

Happy Friday everyone! What a way to get WrestleMania weekend action started-it’s time for NXT TakeOver! Kicking off the big weekend is an interesting card. While most times the NXT card is locked in and well-hyped, this one had a most unusual run up to the big weekend. Several NXT stars got called up in February, leaving their status in NXT in a bit of limbo. As if that weren’t enough, NXT Champion Tommaso Ciampa-one of those who were called up-had to relinquish the NXT title due to suffering a severe neck injury. But, NXT has no time for excuses, they’ve tossed out five strong matches-every NXT title is on the line, as is the NXT UK title. It’s going to be a solid start in Brooklyn, so let’s crack open this Nutshell!

Each match was better than the last, which leads us to the main event. Best two out of three falls, and Gargano and Cole absolutely owned the moment. I will go so far as to say that, when all is said and done in 2019, this match ought to be in consideration for match of the year. 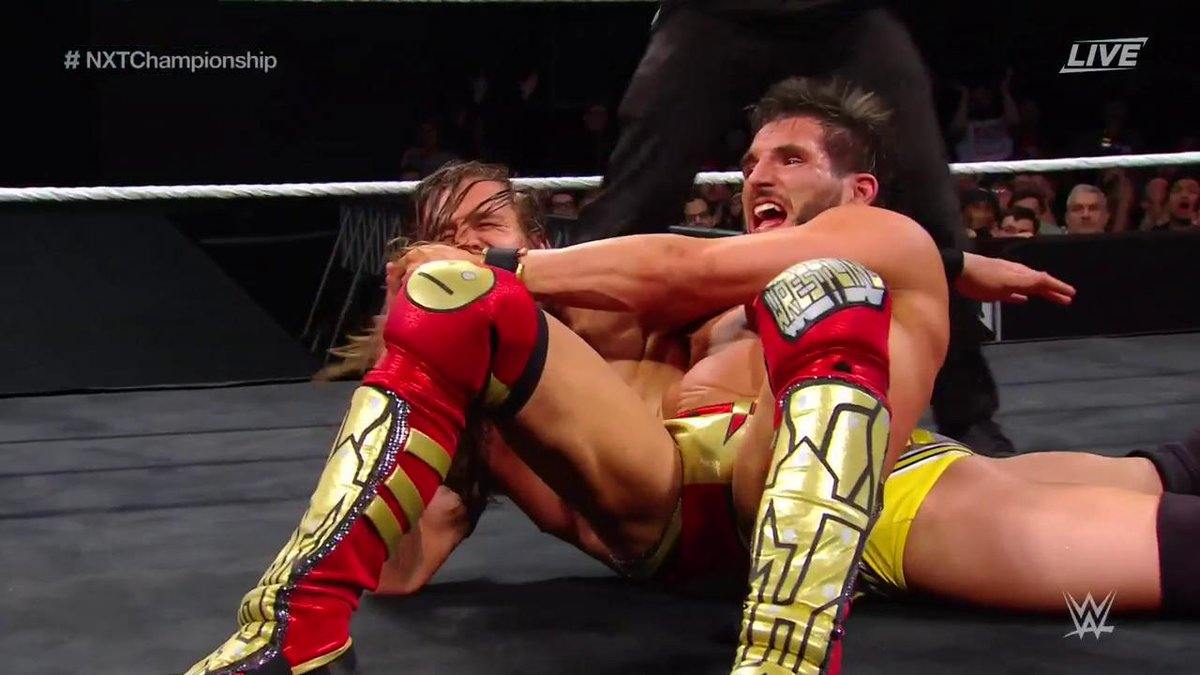 It’s a big show, so of course the Superstars were amping things up. That means that we have more to choose from…so I will toss out a few of the better ones.

Big men shouldn’t be able to fly like this… 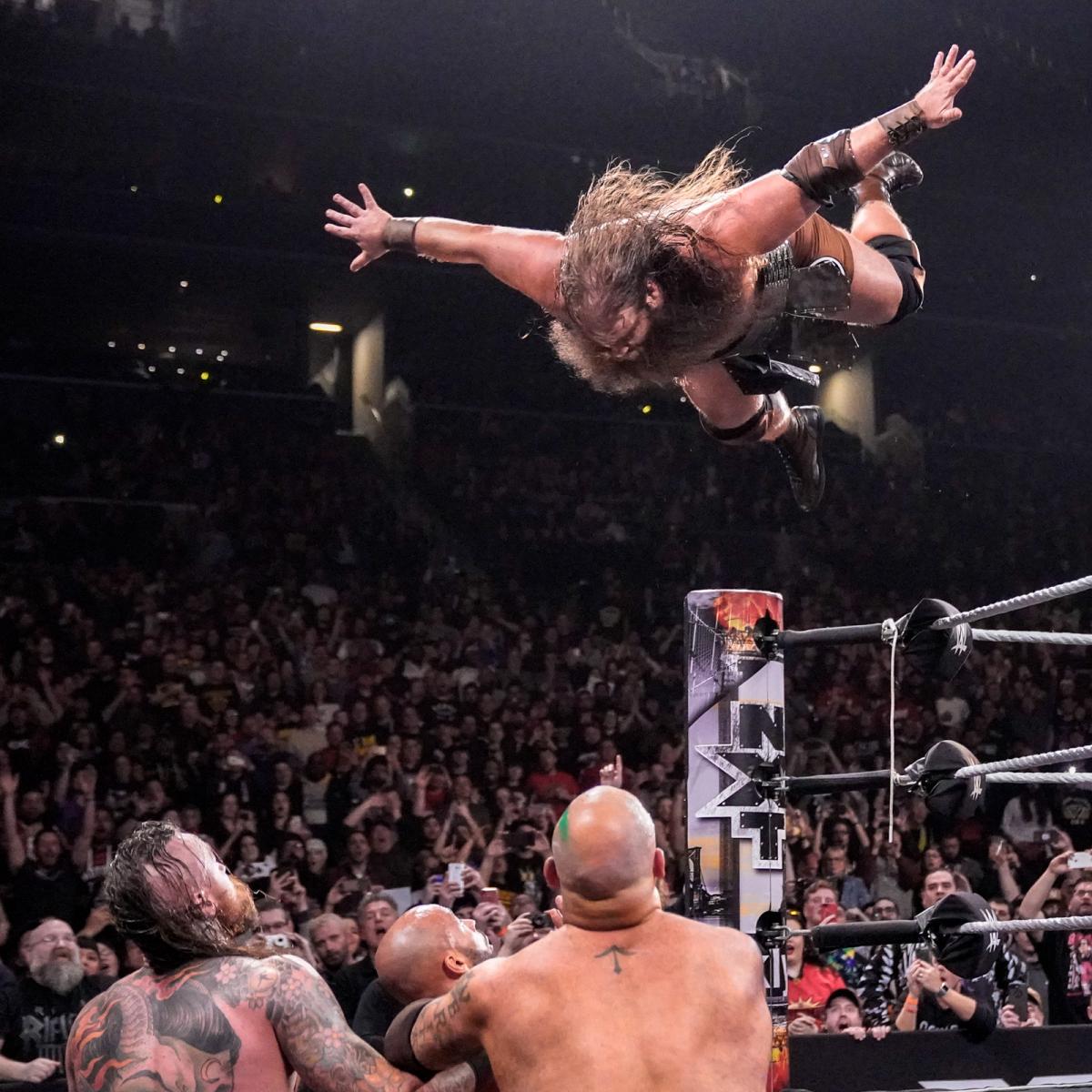 WALTER is impressive, so if you had not seen him before, tonight had to impress. His power bomb off the turnbuckles was savage looking. A man of his size is also not expected to fly, but fly he did. 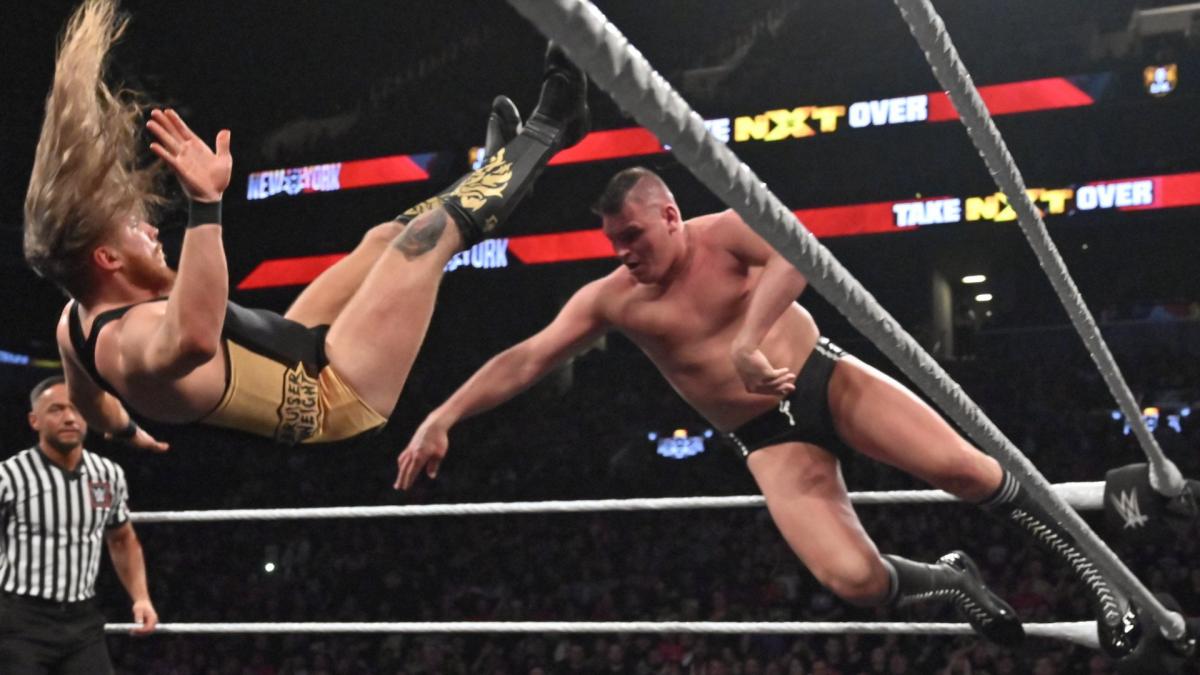 Bianca Belair may have lost, but lifting up and dropping two of the three women she was battling was a great way to showcase her power. 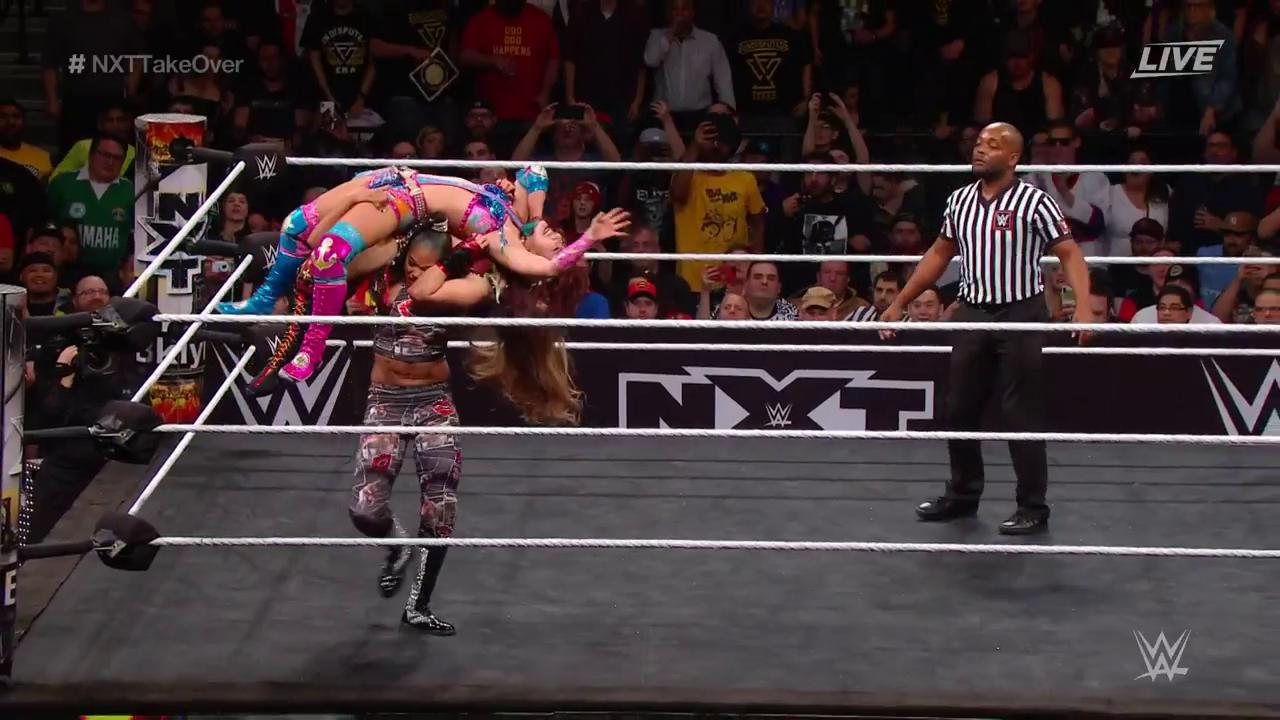 Love the electric chair-into spike ‘rana by Johnny Gargano. Or Hurts Donut, which I don’t recall seeing from him before

Honestly, the two men in the main event pulled out a ton of interesting moves, Panama Sunrise and others, too many to list.

I think once WALTER debuted in NXT, most figured it was just a matter of time before he became a champion. Also, all good things must come to an end…put those together, and WALTER knocking off Pete Dunne was expected, made sense, and was still worthy of this spot. I mean, The Bruiserweight did hold the belt for an incredibly long time, 685 days to be exact. It wasn’t an upset, but it was an absolutely awesome match, so I land it here because it didn’t get best match of the night. 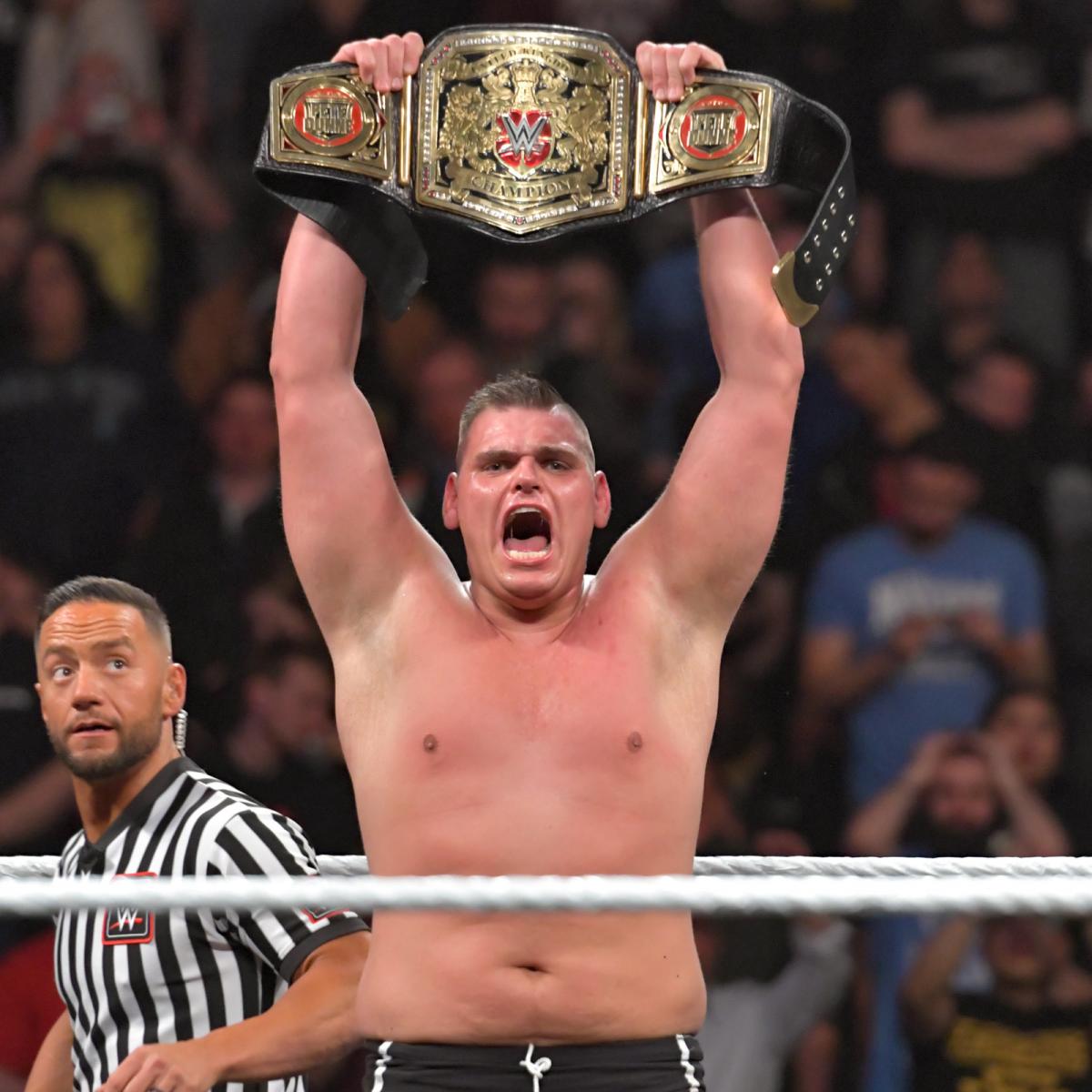 We have our first-ever NXT triple crown champion, and his name is Johnny Gargano. It was an interesting road for him, considering he went from babyface to heel and back to babyface. As over as he was in his NXT career, this match may have launched him into another echelon of talent. Considering six weeks ago he was working on the main roster, this isn’t a bad consolation prize for having his main roster plans fall apart.

The best part of Gargano’s title win though? Seeing sometime friend, sometime foe Tommaso Ciampa come out on stage as Gargano and wife Candice LeRae walked to the back. Ciampa, complete with neck brace following his surgery, embraced and congratulated the couple. The two were the best of partners and the fiercest of rivals (there’s a reason why they won feud of the year). It was no doubt a bittersweet moment for Ciampa, considering how he loved the title, but nice to see them have that moment. Interesting too, considering how we last saw Ciampa and Gargano.

Nothing. Seriously, not a lowlight on the show. I was bummed we couldn’t get a Keith Lee TakeOver match, but I am sure we will soon enough

From the opening match to the final curtain call, this TakeOver delivered. Seriously, heading into this, there were a lot of questions, as it was one of the more fluid builds to a TakeOver in recent months. Despite the questions and uncertainty, this show delivered.

Each match pushed things. We had a great opening match (exceptional when you consider it was a tag team title match), and basically each match after looked to raise the bar.

We went from an excellent tag match, to an exceptional North American title match, to an outstanding NXT UK title match, to a great NXT Women’s Championship match. And then we got our main event, and wow. Before the match, I figured the Pete Dunne-WALTER battle was my match of the night, and then Gargano and Cole worked their asses off for 40+ minutes.

A really, really, really great show. It will be interesting to see where things go from here…in particular, who does NXT lose on Monday and Tuesday, since that’s become tradition. Before the show, I thought there was a high chance we’d see Shayna Baszler move on, but she retained. I thought perhaps War Raiders would make the jump, but they also retained, as did Velveteen Dream. WALTER and Johnny Gargano were our only new champions tonight,