Becky Lynch Fighting Two Matches at Money in the Bank?

What's on the docket for Becky "Two Belts"?

Fans were excited when Becky Lynch won both women’s championships at WrestleMania 35, a monumental occasion that will be in wrestling history forever. Of course, Becky winning two titles leaves one important question: will Becky Lynch fight two matches at Money in the Bank?

Facing Off Against Lacey Evans and Charlotte Flair? 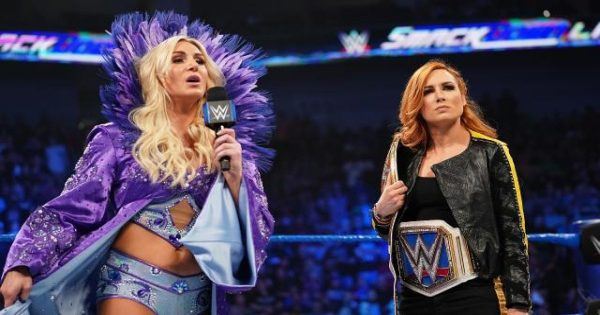 According to Dave Meltzer from Wrestling Observer Radio, the WWE is planning to have Becky defend each of her titles at Money in the Bank. Even though rare, it would mean Becky Lynch will fight two singles matches on the same pay-per-view.

There are some rumors regarding Becky’s possible opponents at Money in the Bank. For Raw, it is rumored Lacey Evans will challenge Becky for the belt. It has also been rumored that Vince wants to build Lacey as the female face of Raw, in which case she could actually capture the belt from Becky during the pay-per-view.

While it is expected that Lacey Evans will fight for the Raw Women’s Champion, the challenger for the SmackDown Women’s Championship is less clear. That being said, a name that keeps on being put forward is that of Charlotte Flair.

Flair and Lynch have put on some amazing matches in the past, so I have no doubt that Charlotte would be an outstanding choice for the Money in the Bank match. If the WWE is building the match according to seniority and experience, Becky should beat Lacey quickly and have the match of her life against Charlotte Flair. Still, you never know what the company has in mind.

Could it Work Out Differently? 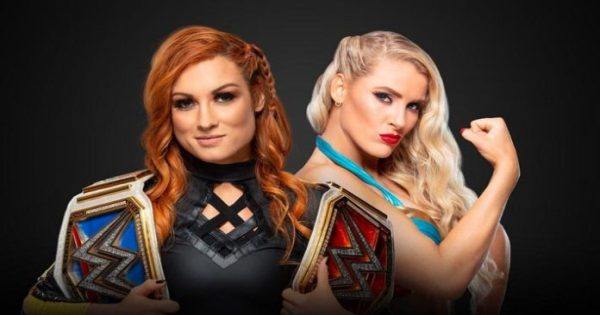 Defending two titles on the same pay-per-view is not easy, although the crowd gets a lot of Becky! Despite that, it could work out differently. The WWE could come up with a triple threat match and some different rules. For example, it could be a falls count everywhere. With the first person getting a win taking the Raw championship and the second the SmackDown women’s championship. Interestingly, this also means Becky does not necessarily have to be pinned to lose her title.

I have no doubt the WWE wants to make Becky its strongest attraction, in which case Becky cannot afford to look weak. As such, if Becky must lose one of the titles, it must be tackled carefully. A triple threat with some unusual rules could be the ticket, although this could be a little confusing for fans watching. So, if a special match is used during Money in the Bank, it should be stipulated well before the match takes place.

There are many different directions the WWE could take for Becky “Two Belts.” We’ll have to wait and see how the WWE plans the matches. I cannot wait to see what we will get at Money in the Bank!

How do you believe the WWE should tackle the matches with Becky Lynch? Do you think separate matches is best? Or would you prefer a big match? Let us know in the comment section below.