Tim Conway often had Harvey Korman cracking up during their skits on "The Carol Burnett Show" and Harvey is hardpressed to keep a straight face in this one.

Tim Conway regularly had Harvey Korman falling apart during their “skits together on The Carol Burnett Show” but watching Harvey trying not to laugh was one of the best parts of this classic show. 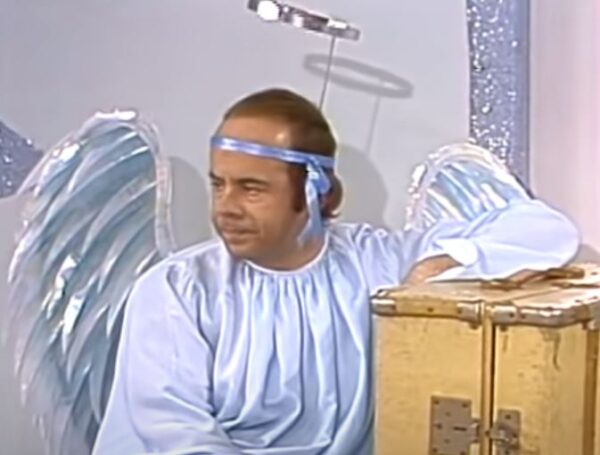 Harvey was more than a little irritated to learn that he would be rooming with brand new angel Tim Conway.

The final straw was pulled when Tim dropped a box filled with halos. Harvey couldn’t hold it in any longer and had to turn his smile away from the camera. “Will you let me do my own reactions?” he yells at Conway!

If you are a fan of “The Carol Burnett Show,” check out these seven behind-the-scenes facts about this beloved classic sketch comedy series!