“The Carol Burnett Show” entertained us for eleven seasons. We never knew what we would see on this beloved family-friendly sketch comedy show. We only knew we were going to laugh together as a family watching it. Even though decades have passed since the show aired, it is still so fun to watch all these years later.

Here are some fun facts about this truly American show that you probably didn’t know!

1. The cast had running bets on Harvey Korman

Harvey Korman’s ability to maintain his composure was a gag with the cast. In most shows, perfection and staying in character is a must, but not on “The Carol Burnett Show.” The actors loved to make Harvey go off character and laugh during a skit. In a 2013 interview, Carol said the cast actually placed bets on how long it would take Korman to crack up on stage! It was an achievement to make him break character.

People, @RealTimConway will have you laughing as hard as Harvey Korman in this scene. Loving Carol Burnett 50th! pic.twitter.com/RDr77fbZIU

2. Only one actor turned the show down

“The Carol Burnett Show” had many Hollywood A-List guests on the show over the course of eleven seasons, but there was one person who said no. When asked to appear on the show, Bette Davis demanded more money. Carol felt this would set a poor precedent, so she withdrew the offer from the Tinseltown diva.

3. The show wasn’t a ratings bonanza

While the show was a favorite of the critics and many families, it never broke into the top ten. This is rather a surprising fact given that the show remained on the air for over a decade. It was consistently ranked in the 20s. During the 1969-70 season, it hit thirteen.

4. Tim Conway turned down a spinoff

5. Mrs. Wiggins had a wardrobe malfunction

Speaking of Mrs. Wiggins, her bizarre walk was the creation of a wardrobe malfunction. The skirt was too big so in order to keep it up, Carol had to stick her butt out to walk! It was a much different wardrobe malfunction than we hear of today (*cough* Janet Jackson) and helped create one of the show’s most hilarious characters! 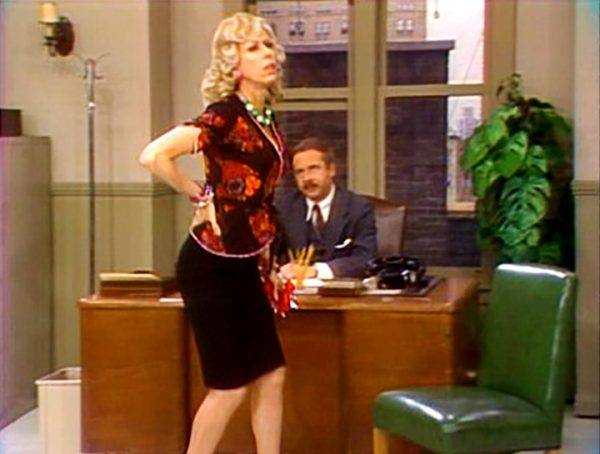 6. Carol’s Tarzan yell was used as a form of ID at a New York store

Carol Burnett used her infamous Tarzan yell as a form of identification at New York City’s Bergdorf Goodman. The actress wanted to write a check but didn’t have any identification. The store manager said he would accept a Tarzan yell instead of a license to prove she was Carol Burnett! The yell was so loud that it prompted the store’s security guard to kick in a door closeby and point his gun. He thought something bad was going down!

Harvey Korman wasn’t the easiest actor to work with sometimes. He was known for being rude backstage. After an outburst at Petula Clark, Burnett fired Korman. She revoked the resignation after Harvey promised to come back to work whistling and behaving. She agreed and he fulfilled that promise.

@brokewriterchic – I happen to be watching Harvey Korman in old Carol Burnett clips on YouTube. AS THE STOMACH TURNS pic.twitter.com/TUxinRiWKn

The only thing funnier than “The Carol Burnett Show” was bloopers from the show! You can see a video of outtakes below.