RAW In A Nutshell: Monster Going To Extremes

OK, maybe that isn’t really a thing, but I’ve heard people tossing it around, so there it is. It’s a super hot week for those of us (like me)

The post RAW In A Nutshell: Monster Going To Extremes appeared first on Wrestle Newz.

Happy Independence Week folks! OK, maybe that isn’t really a thing, but I’ve heard people tossing it around, so there it is. It’s a super hot week for those of us (like me) in the northeast United States, and with the rise in temperature outside, the temps inside the ring? Those are warming up even more. We are just a couple weeks away from Extreme Rules in Pittsburgh, PA, and it’s going to be all about more and more Hype. After flipping a car over last week, will we see the Monster going to extremes yet again? What’s next for Roman Reigns and Bobby Lashley? How about the RAW women’s title picture? Expect to get some clarity tonight folks, before the haze and smoke from the fireworks take over. Without further delay, let’s crack open this Nutshell!

Honestly, none really jumped up and screamed “best of the night”. If you disagree, sound it out in the chats

Well…we do have a few candidates here, don’t we?

The main event was…well…it wasn’t. So I would give it a mention here.

Honestly, was feeling the match of Revival versus Roman Reigns and Bobby Lashley either…but it was less about the match and more about furthering the program.

Tonight’s matches were less about in ring action and more about building toward Extreme Rules. 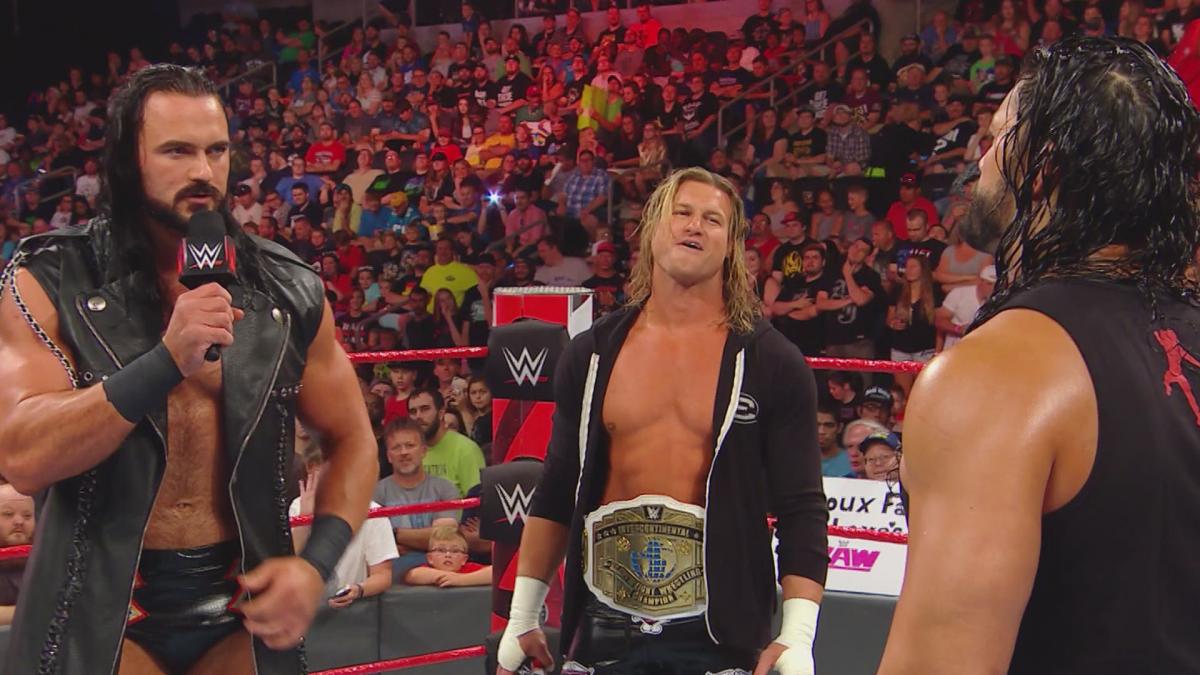 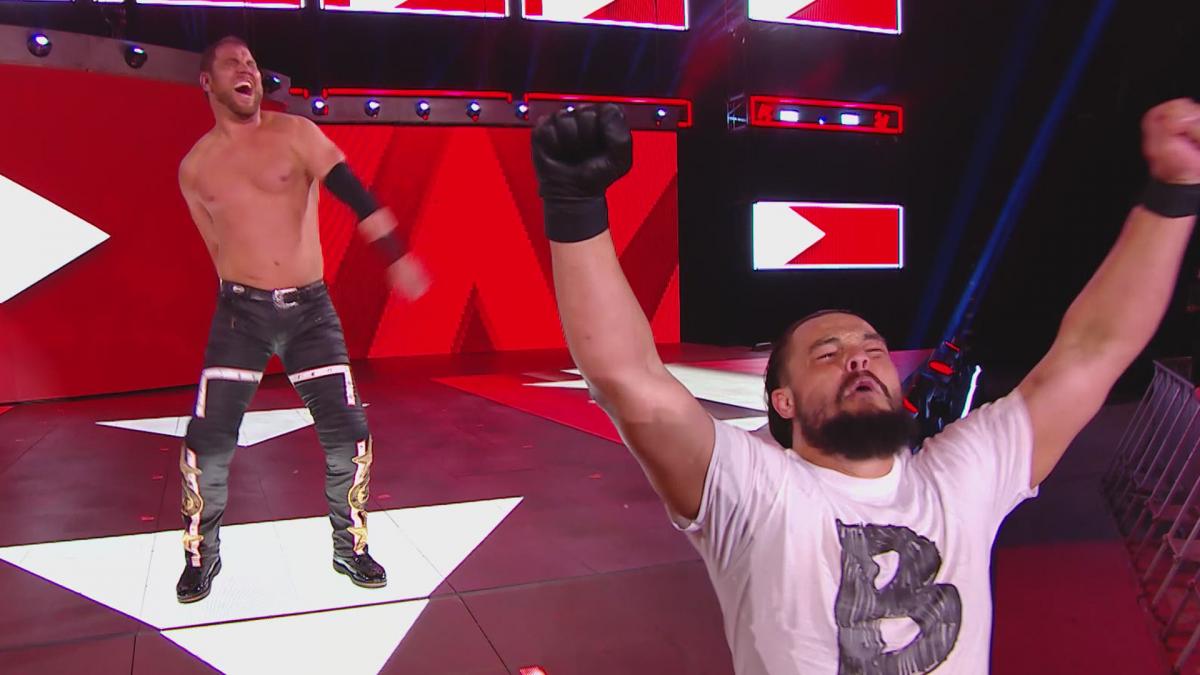 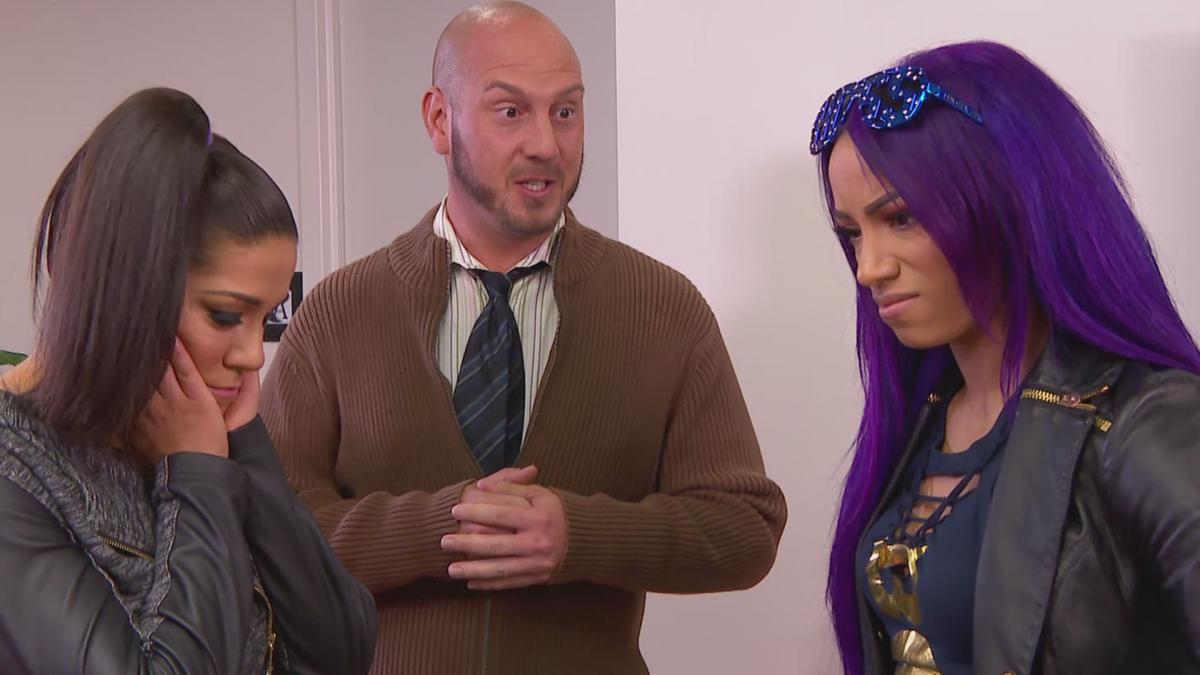 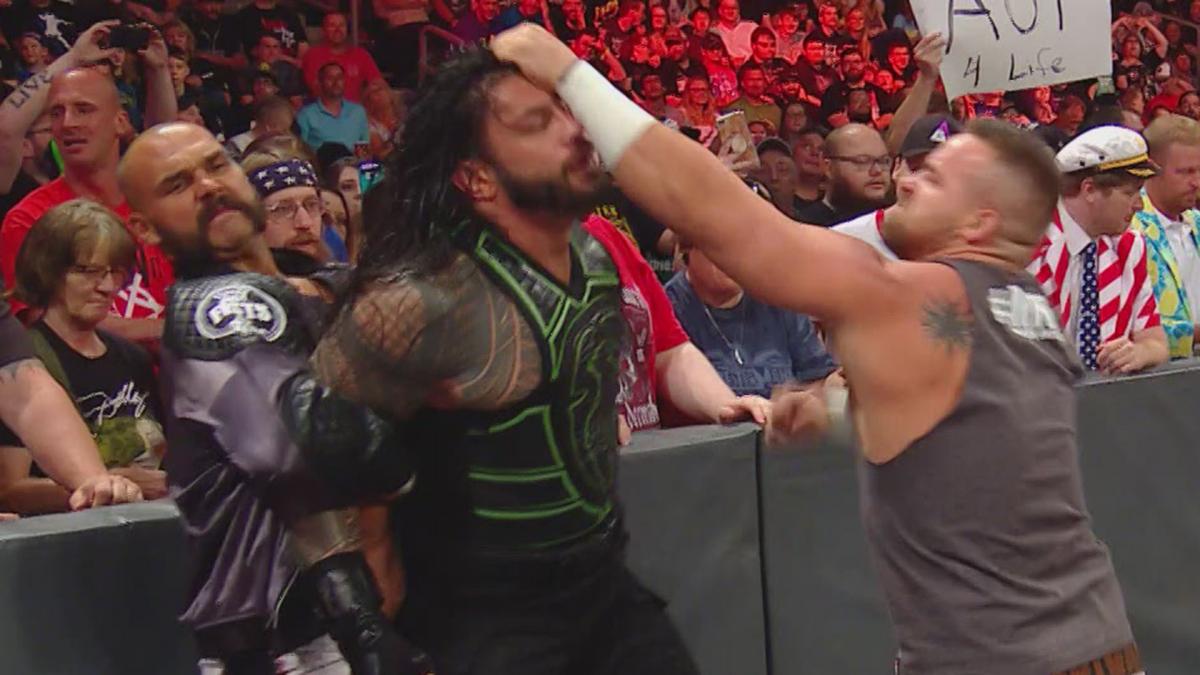 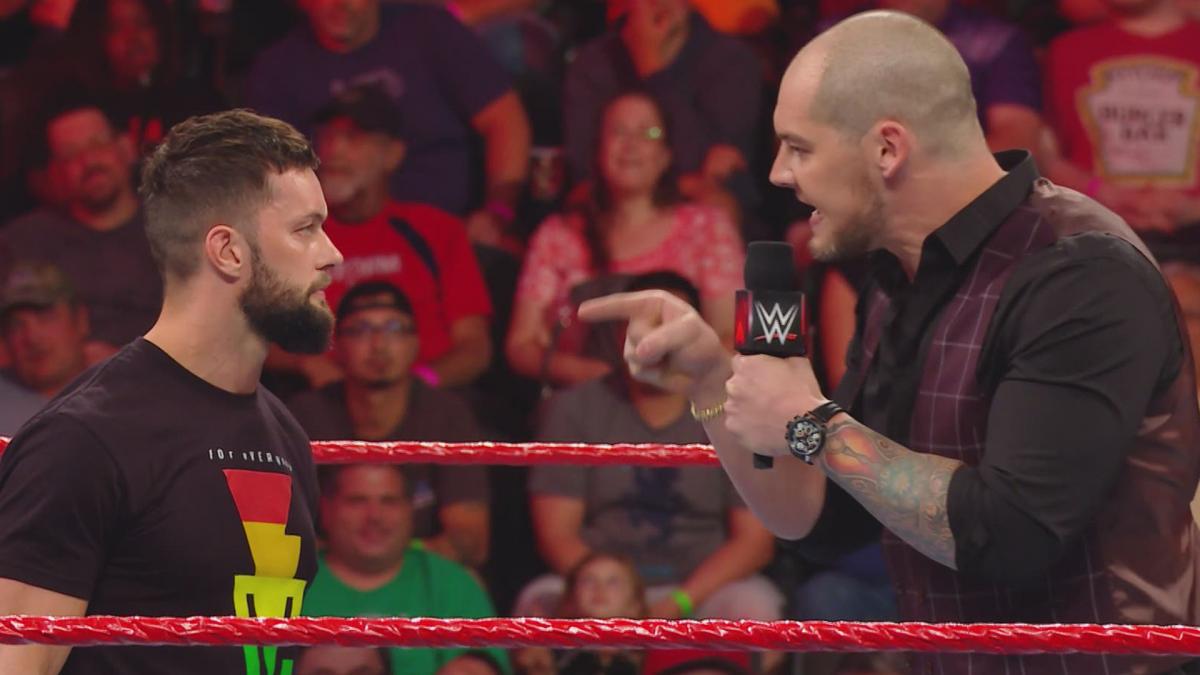 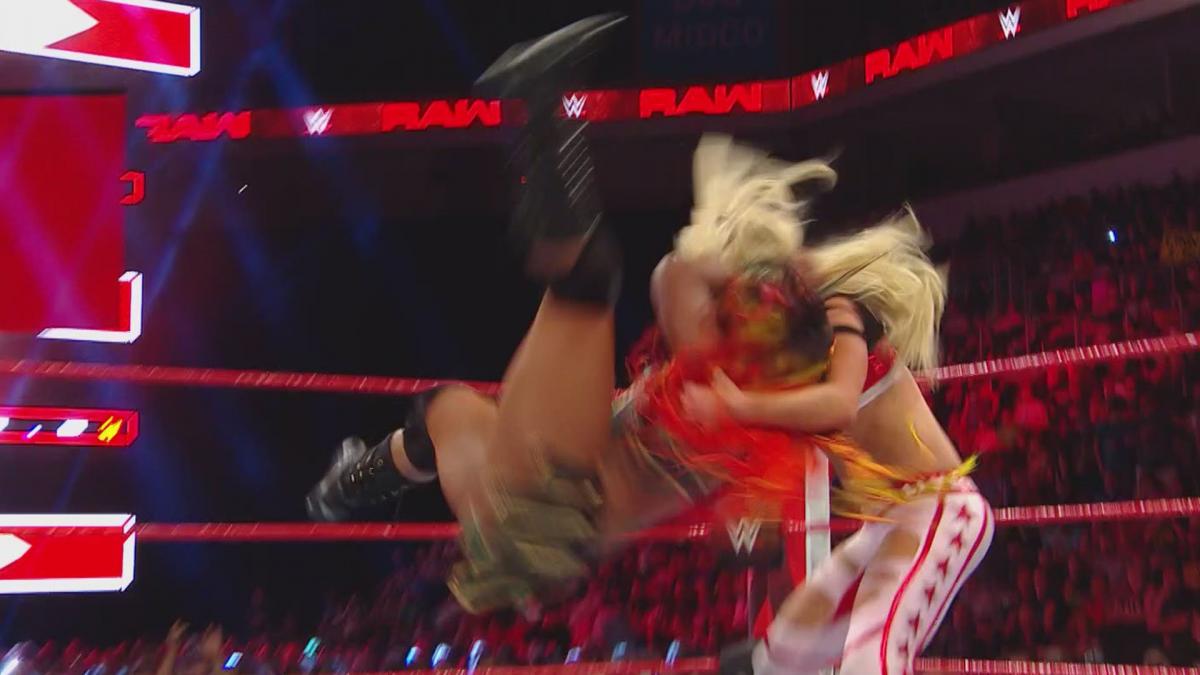 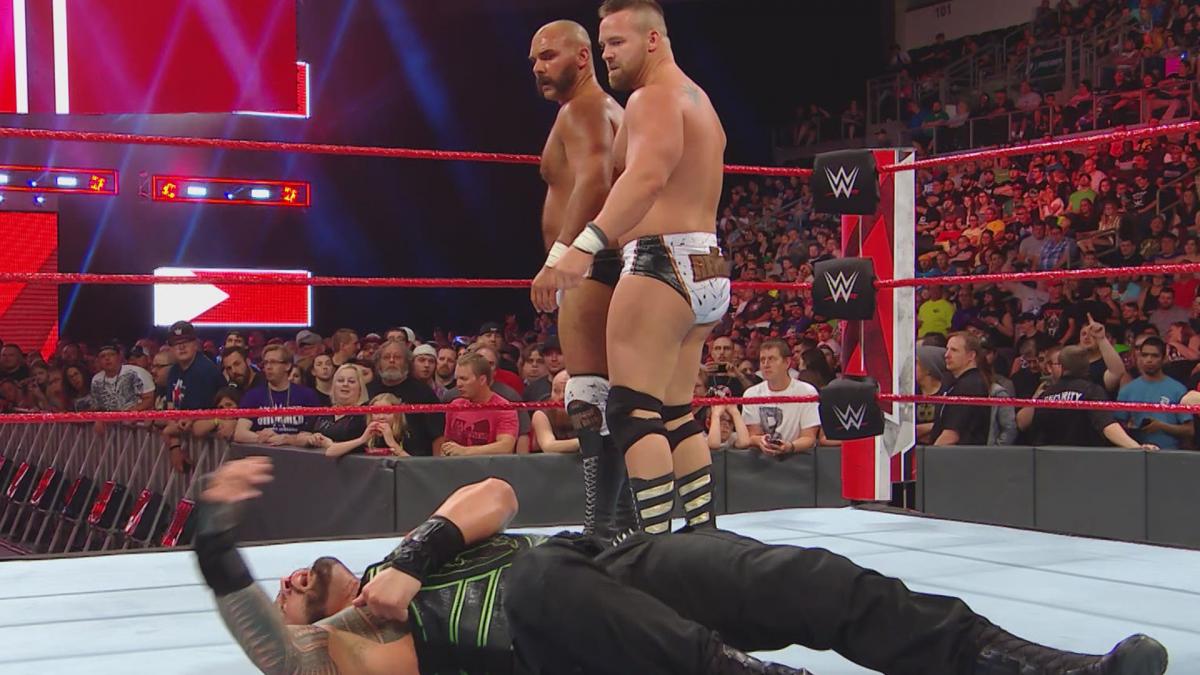 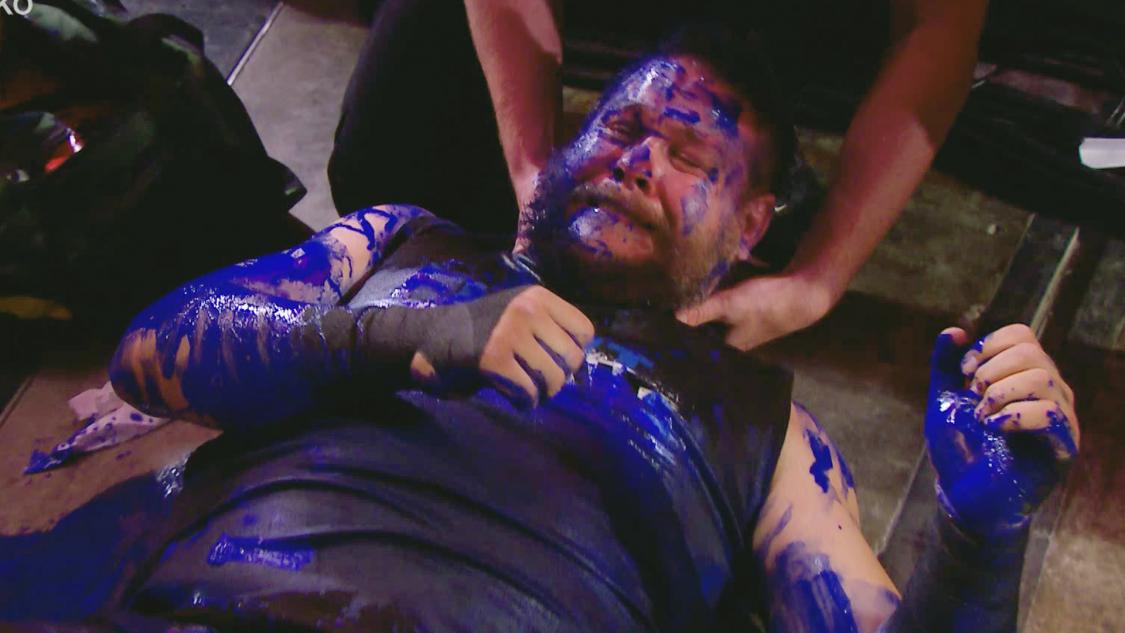 Another week, another Strowman win here. But I will say this, I think Dash and Dawson deserve a mention. The Revival have been looking much better of late.

Honorable mentions, both go to Ember Moon and Liv Morgan.

First, that kick that Ember Moon took from Morgan. Ember Moon sold it tremendously well and it looked stiff.

And, I am just a fan of seeing the Eclipse. Every time, it draws me in.

But, they both have no shot at winning tonight. That goes to Braun Strowman drilling Kevin Owens off the stage, while Owens was duct taped into a port-a-potty. The upside for Owens? It was not the usual height off the stage, but rather a shorter drop.

That poor, poor member of No Way Jose’s conga line.

Or those guys fed to Authors of Pain

Nothing to point out

Another week, another display of strength from Strowman. And, considering the second word in this segment’s title, it’s a pun too-Strowman dragging Owens, in a port-a-potty, from the back garage of the arena and to the stage, where Owens was driven off the stage

Did not catch one tonight

Sasha and Bayley going to rehab. I figured they’d bring back the same “doctor” too.

We had a few interesting developments here.

Ronda Rousey will be at Extreme Rules, just sitting at ringside. And, just like that, we are also going to get the RAW women’s title match between Nia Jax and Alexa Bliss as an Extreme Rules match. I bet that gets interesting.

Lashley and Reigns is official for Extreme Rules.

Worth asking, but am I the only one who feels as though Roman Reigns is at risk of being overexposed? He’s barely out of the Jinder program (and I feel that can still flare up). He’s got Lesnar simmering, thanks to Brock never showing up and that ending at the Greatest Royal Rumble. And now you’ve got him juggling Drew McIntyre and Dolph Ziggler, along with The Revival.

Too much Roman. I don’t care that he got beat up, and I do love seeing him eat a Shatter Machine, but considering how vocal the fans have been, it should be intuitively obvious to even the most casual observer that we do not want or need Reigns to fight battles on multiple fronts. Less is more…

The Revival are alive and better than ever.

Another week, another sighting of the Authors of Pain.

If you were not interested in the RAW women’s title match at Extreme Rules, I bet you might be now…Nia Jax versus Alexa Bliss, Extreme Rules match, Ronda Rousey at ringside. I mean, what could possibly go wrong?

When it is all said and done,  this show will go down as a predictable, paint by numbers card.  No need for huge gambles, not a reason to even sneak in to get cheap home goods in the store waiting for you. It was sort of boring for me at times, but the lulls were evened out by some higher level events.

Decent to good show, but nothing special.

The post RAW In A Nutshell: Monster Going To Extremes appeared first on Wrestle Newz.