Last night was the conclusion of the 12th season of America’s Got Talent, with the winner announced at the end of the show. Darci Lynne Farmer was a favorite from the beginning. The 12-year-old ventriloquist impressed people throughout the country with her puppets, comedic timing and ability to sing with her mouth closed. Last night was no exception.

Darci Lynne teamed up with fellow ventriloquist Terry Fator for her final performance. Fator was the winner of the second season of America’s Got Talent and headlines a show at The Mirage. They did an unbelievable duet of “Anything You Can Do (I Can Do Better).”  Darci and Petunia outsang Terry and his puppet Winston. Even Winston acknowledged Darci was the better singer. You can see that performance in the video below.

Ultimately, the contest came down to two children. 12-year-old Darci and 10-year-old singer Angelica Hale. These two talented kids were on pins and needles with tears in their eyes as they awaited word on which one of them would win $1 million and a Las Vegas show. You can see the big reveal in the video below.

Darci Lynn Farmer won it all! Many of us thought she would after her very first performance when she earned the Golden Buzzer. She’s a rare talent with an incredibly relatable personality. 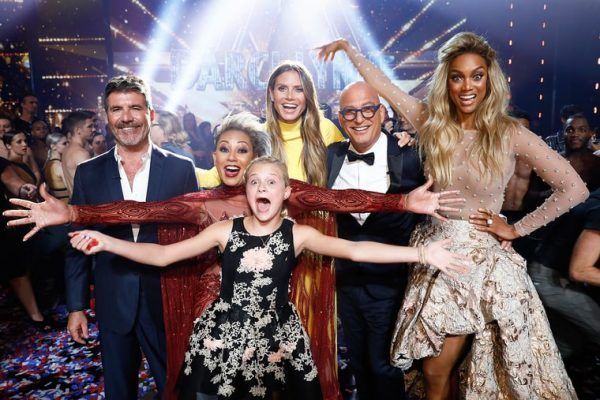 “I was so overcome with joy, and I was kind of shocked and delirious at that time so I can’t remember anything,” Darci said after winning the show. “It was waterworks right here on this face. I was like a water faucet.”

Darci plans on making a special purchase with her $1 million winnings. She is going to get a pug. She said it has been a long time since she had a puppy! Darci certainly deserves one!

Share this if you believe big things are in Darci Lynn Farmer’s future!