Velveteen Dream made some changes on social media and hints at a return. And, Vince Russo says he worked for the USA Network and oversaw RAW.

Velveteen Dream made some changes on social media and hints at a return. Also, Vince Russo says he worked for the USA Network and oversaw RAW.

Patrick Clark Jr, who went by Velveteen Dream in NXT, seemed set to be a star. Then, allegations surfaced how Dream was sending pictures to underage children and maybe even more.

WWE investigated the matter and found nothing. Still, whenever Dream appeared on TV, #FireVelveteenDream trended.

Eventually, WWE had to let him go. Since then, he has remained mostly silent.

Recently, he updated his Instagram bio that hinted at wanting back in the business. Triple H was a fan and repeatedly said WWE found Dream did nothing wrong. 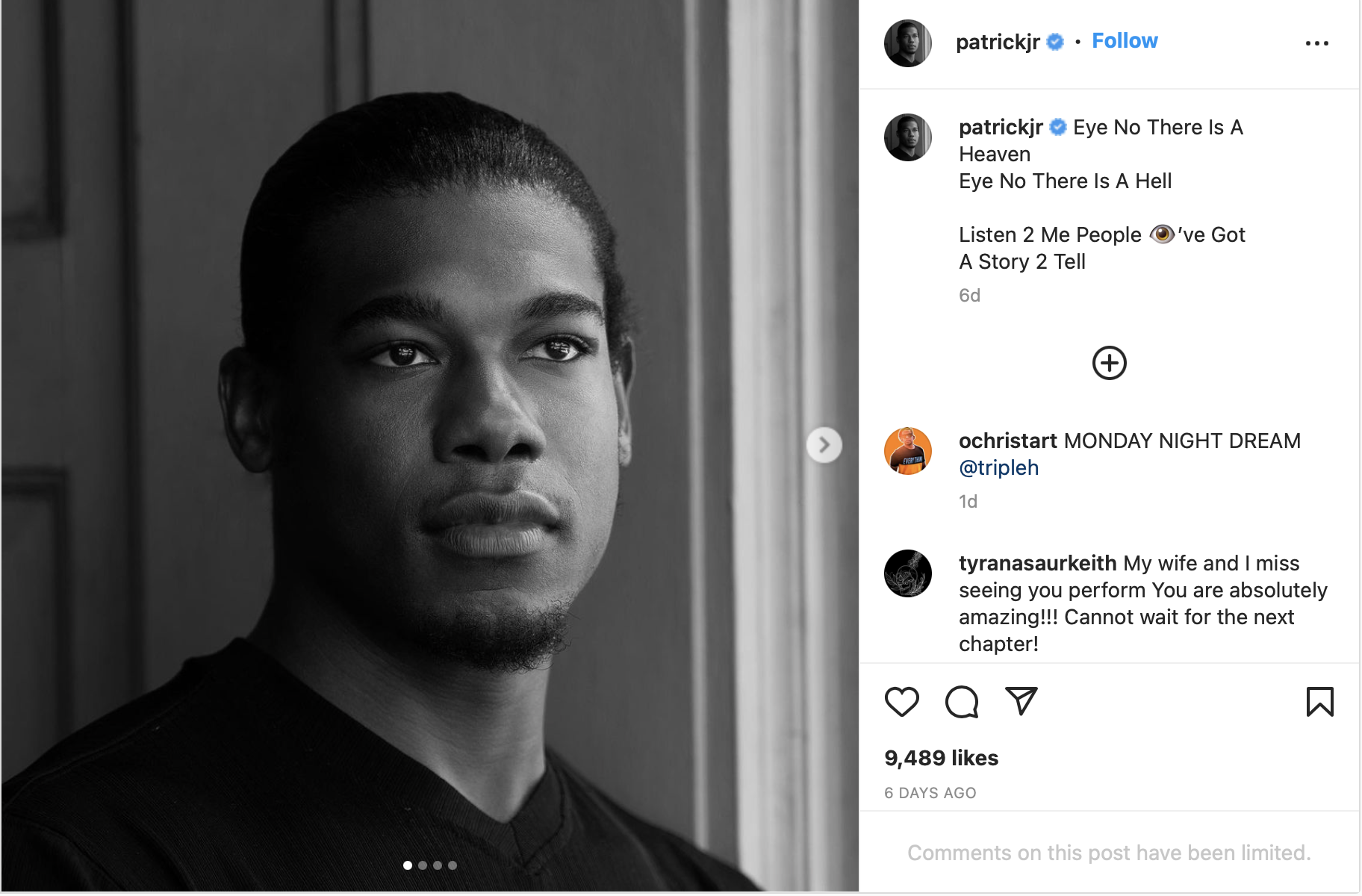 If Dream manages to make it back to WWE, the fans are going to bury him. And, they are going to be angry at Triple H for brining him back.

About 25 years ago, there was a different company challenging WWE in the form of WCW. They nearly put Vince McMahon out of business, but Eric Bischoff let the wrestlers make the calls.

A turning point was WWE ushered in the Attitude Era. Basically, instead of laughable gimmicks, WWE went towards more violence, blood and cursing.

The decision worked as WCW folded by early 2001. During the Attitude Era, former WWE writer Vince Russo takes credit for most of the success.

If you believe Russo, he stated on his YouTube channel that he was recently working for the USA Network. He said it started right before WrestleMania 36 and lasted about two years.

“I’ve been keeping a little secret for the last two plus years,” said Russo. “I want to come clean.”

“Well, bro, I’m going to break the news to you on this show. I have not said this publicly before.”

“From March, pre-Mania, bro, it was right before Mania in 2020, up until this past Mania in 2022. So basically, bro, for two years, I was consulting for the USA Network.”

“Now, if you want to know how this came about, let’s take a couple of steps back, and I will explain it to you. I got in contact with the Vice President at the USA Network, who was overseeing RAW.”

“He knew who I was, called me back immediately, and we had a long discussion. So the first thing he did was he went directly to Vince McMahon.”

Can Vince Russo Be Trusted?

We will have to wait until Russo goes over further details.

It is true that Russo worked for WWE, WCW and Impact Wrestling on different occasions. Although, his biggest break came during the Attitude Era.

Many people might call Russo a liar over his comments. Besides Russo, only the top people at the USA Network and WWE know the truth.

So, we might never know if this is simply for attention.

SmackDown In A Nutshell: Will We Have A Wild Night In Winnipeg?