Another celebrity has been announced for an induction in the WWE Hall of Fame, Ozzy Osbourne. The tapings for the event already took place.

Legendary rocker Ozzy Osbourne will be inducted into the WWE Hall of Fame this year. The news broke by Dave Meltzer from the Wrestling Observer Newsletter.

Ozzy Osbourne Induction In The WWE Hall Of Fame 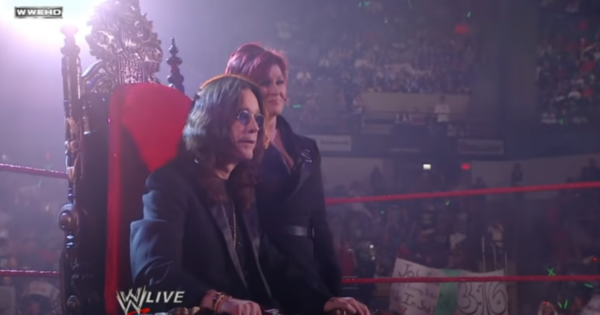 Many fans already believed Osbourne would be inducted into the WWE Hall of Fame. After all, Osbourne was advertised for the ceremony on SmackDown.

Over the years, Osbourne made a number of appearances on the WWE. One of his first was at WrestleMania 2, but he also hosted Raw in November 2009.

With his induction, Osbourne joins the likes of the Bella Twins, William Shatner, Molly Holly, and many others.

The induction ceremony was taped last week. So, it is unlikely there are any more surprises in the WWE Hall of Fame ceremony.

A WWE Hall of Fame ceremony may seem like peanuts for the legendary rocker though. Osbourne had quite the amazing career in the music industry.

Of course, Osbourne’s career was also riddled with a fair share of scandal. Needless to say, this makes fans wonder why Chyna still has no singles induction.

The induction of Ozzy Osbourne is certainly going to outrage some fans in relation to Chyna. On the other hand, he is a great celebrity induction this year in the eyes of many others.

But in the end, could the induction of Ozzy Osbourne pave the way for Chyna? We certainly hope so.

The Career Of Ozzy Osbourne 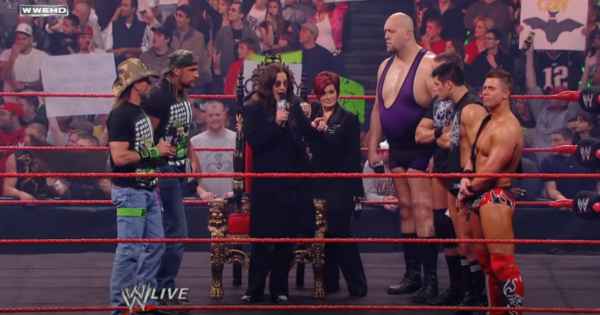 Ozzy Osbourne achieved mainstream success in the seventies. During this time, he was the lead singer for heavy metal band Black Sabbath.

While he was the lead singer for Black Sabbath, he took on the nickname Prince of Darkness. However, his success with Black Sabbath would be short-lived.

In 1979, Osbourne’s role as lead vocalist was cut short. He was eventually fired from the band due to alcohol and drug abuse.

Osbourne’s history with drugs and alcohol are well-known in celebrity circles. His struggles were even a central part of his reality show in the early 2000s.

Ozzy Osbourne eventually went on to having a successful solo career. In the nineties, he would reunite with Black Sabbath for their final album 13.

Osbourne also took part of the farewell tour of the band. He received the moniker “Godfather of metal” due to his success.

Ozzfest was created by Ozzy’s wife Sharon and it became a huge success.  The first rendition of the venture was held in 1996 and it was an instant hit with metal fans.

Since its founding, more than five million people attended Ozzfest and has an estimated $100 million revenue.

Osbourne never truly gave up on music either. In fact, he released his first solo album in almost ten years in 2020.

While Osbourne is already 72 years old, he is showing no signs of stopping just yet. And with powerful woman Sharon behind him, it seems the legend of Ozzy keeps on going.