Despite reports, Christian is not under contract with WWE and the two sides couldn't work out a deal. And, Chris Jericho has another AEW role.

Christian is not under contract with WWE and there is a strong chance he has already found a new home. And, Chris Jericho is now an announcer at AEW.

Christian Not Under WWE Contract

This year, the Royal Rumble was full of surprises. Possibly, the biggest was Christian returning to in-ring action after seven years.

After finally reaching the main event scene, Christian ran into some injuries. The biggest was concussion related and he quietly retired from the business.

Throughout the year, he would make a few appearances on TV to further sell angles or work the pay-per-view panel. So, his entrance into the Royal Rumble was a huge shock.

At the time, the belief was Christian signed a new deal with WWE. But, Wrestling Inc is taking back that statement.

My apologies everyone, I had tweeted earlier this week that Christian was “confirmed” signed with WWE. Christian was apparently under contract with FOX Sports and not WWE, and that deal may be up as well. I apologize for the error. More details at: https://t.co/h4x1JaklsG

It appears that deal was only under FOX and WWE were unable to have him sign a contract with them. Therefore, Christian should be free to sign anywhere he wants.

Now, fans have been talking for days who the big mystery surprise will be at tonight’s AEW Revolution. All we really know is the person is “hall of fame worthy” and will be signing a multi-year deal.

So, there is a decent chance Christian appears and starts working for AEW. If so, good for him.

But, fans were hoping to see Edge and Christian reunite for at least one more tag team match. At least, we did have that awesome moment between the friends during the Royal Rumble. 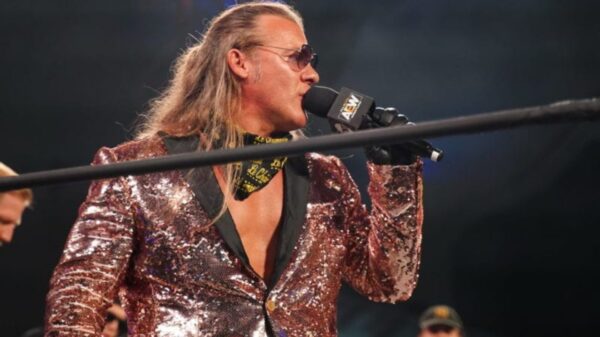 For 30 years, Chris Jericho has entertained fans inside the ring. Along the way, he continued to improve his mic skills as well.

So, when AEW was being created, Jericho was someone Tony Khan called. Before the press conference announcing AEW ended, Jericho was officially part of the company.

The first few months of AEW went well, but then COVID struck with a vengeance. Sports and businesses were forced to make drastic changes.

AEW continued to produce shows from QT Marshall’s gym in Norcross, Georgia, with no fans. At the announce table for a bit was Jericho as much of the talent and staff could not work.

As expected, Jericho was a hit. Now, that is leading to more work for the first AEW World Champion.

While speaking to Rasslin’ with Brandon F. Walker, Jericho went over how he landed the announcer role. Then, he noted how he will be a regular on a new AEW show.

“There’s actually another show that’s going to be starting very soon where I’m going to be one of the regular commentators and that’s exciting,” said Jericho. “Once again, the more things you can do well in the entertainment business, the more valuable you are.”

“And this is just another kind of feather in the Chris Jericho cap that I can utilize whenever they need me to utilize it.”

Tony Schiavone and Paul Wight will work commentary for AEW Dark: Elevation. Tony Khan said the new TNT show will start this year with part airing on YouTube and the second half on TV. It seems Jericho might join them at the announce table.